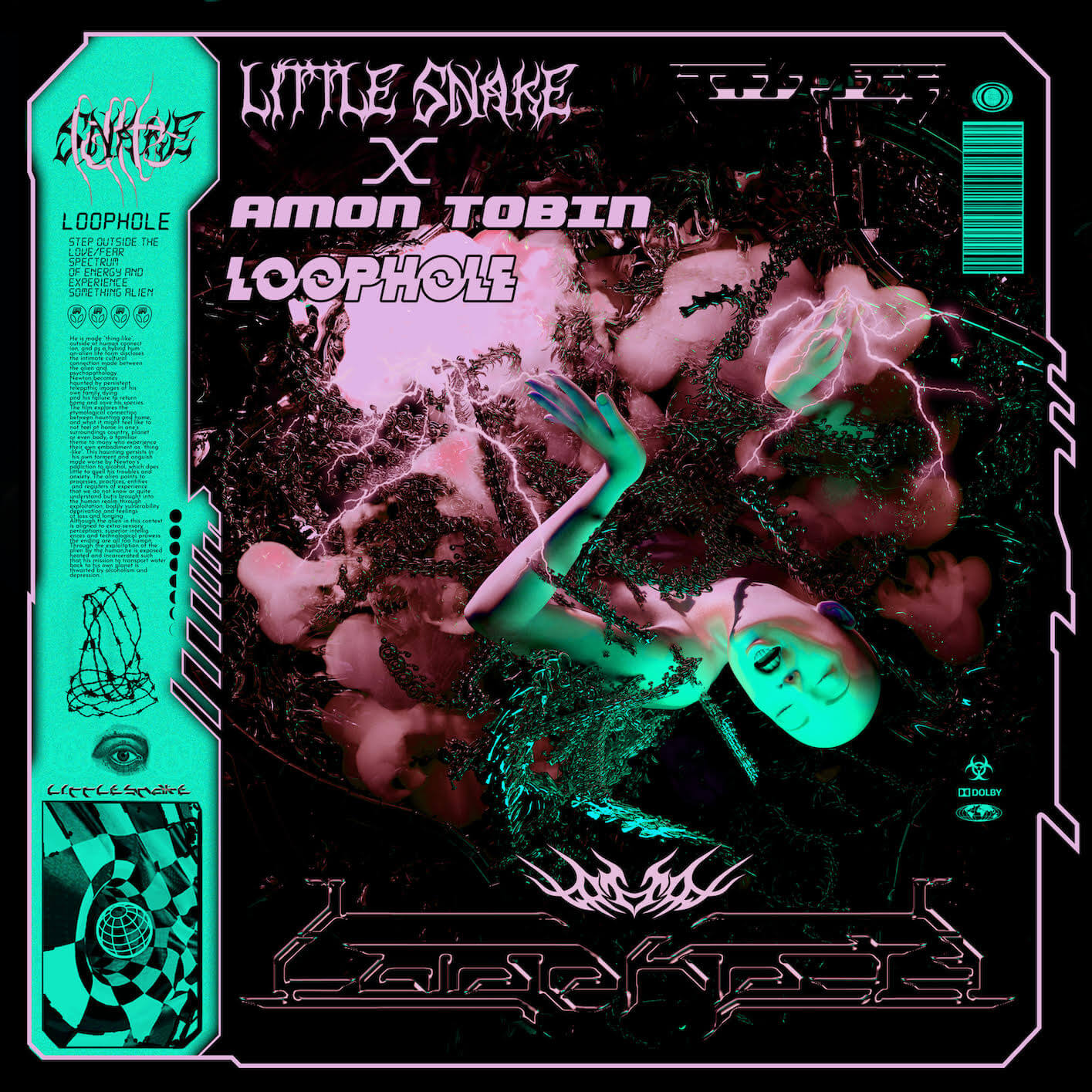 Little Snake collaborates with Amon Tobin. "Loophole"
Share on TwitterShare on PinterestShare on PocketShare on RedditShare on FacebookShare on Email

“‘Loophole’ – to me – is the embodiment of a portal in which transfiguration occurs. A transfiguration in which we return to a heartspace beyond all delusions within this 3D hologram and return to a state of peace in which we truly know. We know and embody truth beyond our physical minds comprehension and temporary emotions. It takes us to a place where fear and love no longer hold any power and control over us, and instead brings us to a place of complete freedom to truly exist. I would like to extend a huge thanks to one of my all time greatest inspirations – Amon Tobin – for writing this alongside me. It is truly a full circle moment for me.”

“Little Snake approaches music with a reckless abandon that gives me hope for a new generation of producers.”

Little Snake (real name Gino Serpentini) resides in Calgary, Alberta. His music deconstructs dancefloor norms and subverts traditional structures, balancing intricacy with explosive bass weight. His tracks have become a staple in Flying Lotus’s DJ sets who signed him to his label Brainfeeder in 2018, describing his productions as “fkn insane”. He has released 3 EPs on the label: “YATDC” (2020), “LOST IN SPIRALS” (2019) that was informed by math rock, textural noise, acid techno and jungle; and “ENTER” (2018) which was inspired by the Gaspar Noé film Enter The Void.

Amon Tobin’s life and work in electronic music has produced some of the most important, era-defining records of his time and has helped to shape much of what has come since. Amon spent eight years developing a series of works under different aliases, alongside the material under his own name. These are now gradually being unveiled on the Nomark label.