Lightleak Debuts Video For “No Icon” 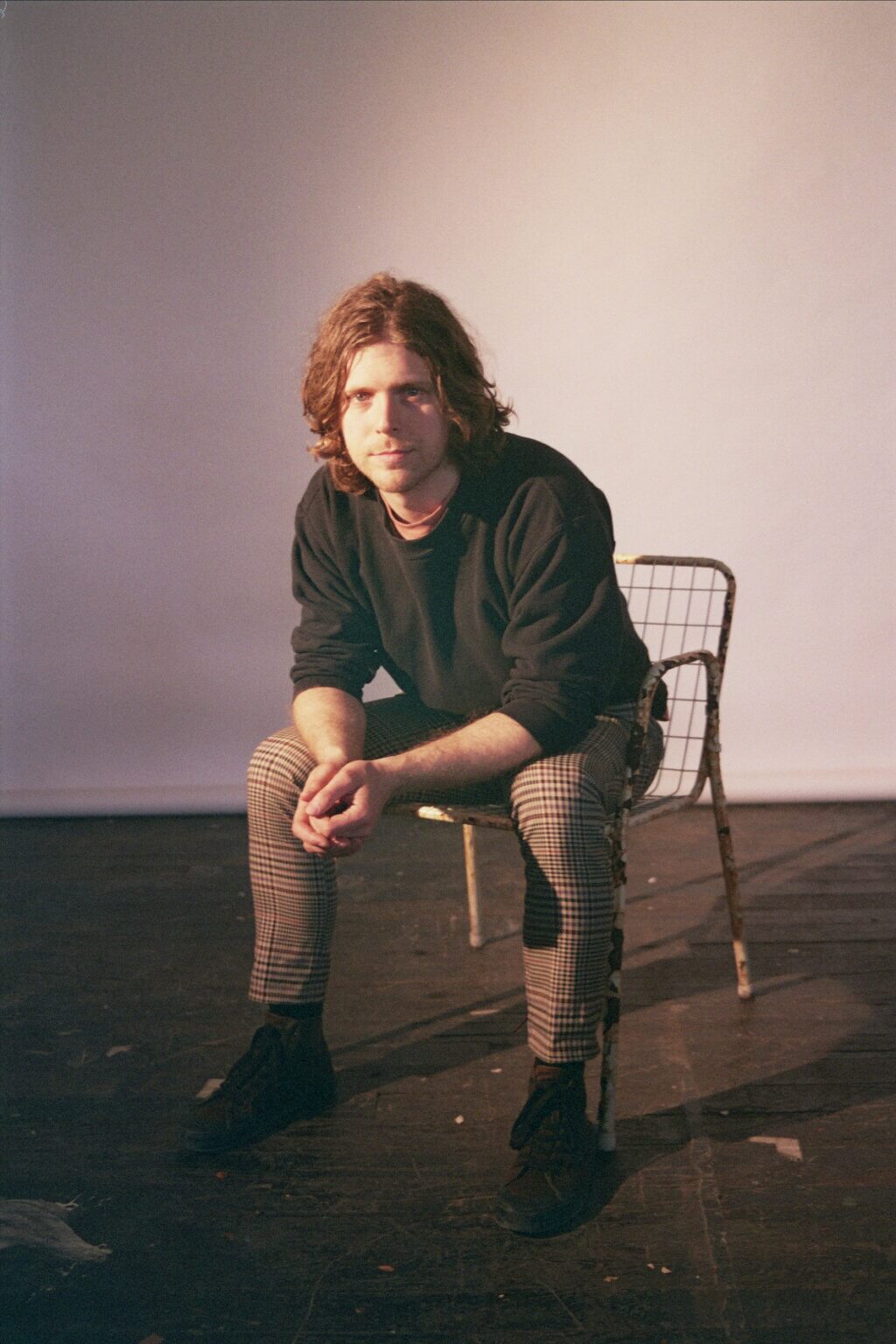 Chicago artist Dustin Currier will release his new LP Tender Fits, under the moniker Lightleak via his new record label, Model Love Songs. In addition to a full digital release, the limited edition 160-gram LP contains a 10-page DIY “zine” insert featuring original artwork and photography by Currier and Emily Dupree. Today, he has given us a taste of the album with lead-track “No Icon.”

In between facilitating remote music classes as a public school teacher and working on his other projects Ands and Cut Teeth, Currier utilized time in quarantine to self-produce this remarkable collection—arranging an exuberant brass section atop a bed of wiry, interlocking guitars, keyboards, and rhythm section. But according to Currier, “bringing other people in was paramount to making something that is three-dimensional and really worth listening to,” so he enlisted Chad Clark (Beauty Pill, Dismemberment Plan) to mix the album; Sadie Dupuis (Speedy Ortiz, Sad13), Vivian McConnell (V.V. Lightbody), and Krystal Rosenbrock on additional vocals; Seth Engel (Options) on drums; Ben Grigg (Geronimo!) on trumpet; and Logan Bloom on trombone.

Dustin Currier from Lightleak on “No Icon:”

“No Icon” was built entirely around the acoustic guitar parts and was originally written in 4/4—at the start, I was challenging myself to make a simple song with just a couple of parts and a basic frame that would allow for strong vocal melodies and such. But I just couldn’t stand the naked simplicity of it, so I rewrote the riffs to be in 7/4, which made me feel really excited and inspired to flesh it out. The syncopated Wurlitzer part is now the heart of the whole thing for me. And though I may have failed the simplicity challenge just a little, I think it still gives great space for melodies to thrive.

The first few lines of this song (“All of your heroes are assholes now / They’re deadbeats and sellouts anyhow”) had been sitting around in notes app purgatory for quite a while and were obviously inspired by an artist or celebrity being publicly outed for some sort of abuse or misdeeds—though that hardly narrows it down, and I can’t remember who. I was feeling exhausted by being consistently let down by men I’d admired, and it became a thing where it felt like the only choice was to stop idolizing altogether and instead focus on making my own example of how I want to live and create and interact with the world.

I feel extremely lucky to have such talented and tasteful and instinctive players who lent their skills here: Seth [Engel, of Options] understood from day one exactly what I was going for and brought so much life and groove to this song with the drums, both in his performance and engineering of the drum recording; the simultaneous lightness and fullness of Vivian’s [McConnell, aka V.V. Lightbody] voice lend the exact exuberant, choral quality I’d dreamed of, which is doubly reinforced by the ever-dependable brass section of Ben Grigg (trumpet) and Logan Bloom (trombone).”