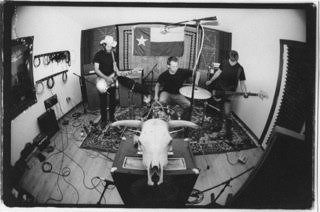 Following their live performances at SXSW, Lift to Experience have announced an appearance at this year’s Green Man festival, Wales (17-20 August) and have shared a short film that gives insight into the band’s history, as well as the inside look into their reformation. The release of their double concept album on box set, CD and vinyl is out now, remixed and re-mastered as God intended.

With rejuvenated artwork, an homage to the Texas-based graphics design studio Pen & Pixel, The Texas-Jerusalem Crossroads is available on double red and blue coloured vinyl, double CD with crucifix packaging, and as a deluxe 4-piece vinyl box set with foil blocking, limited to 1000 copies. The box set includes the original and new mix of the album, the first EP (available for the first time on vinyl), the legendary 2001 Peel session (previously unreleased) as well as a large format photo and lyric book and a digital copy of all the audio.

Lift To Experience formed in Denton, Texas, at the end of the last millennium by Josh T. Pearson, Andy Reginald Young and Josh ‘Bear’ Browning. Their rise was fast and their reign was short. Following the release of the album, the band imploded at the peak of their career due to a series of cruel tragedies. In this short time, however, Lift To Experience achieved high critical acclaim and were so beloved by John Peel that he invited them to record three Peel sessions in just five months, and the band were included in the Best 125 Peel Sessions of all time. 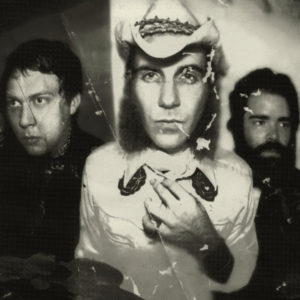