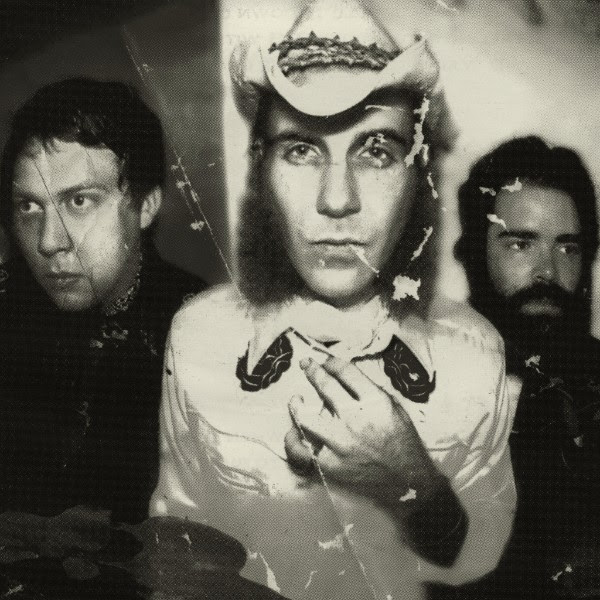 Josh T. Pearson’s Lift To Experience has unveiled a taste of what to expect from the 15th anniversary release of their double concept album, The Texas-Jerusalem Crossroads – due for release, this autumn via Mute.

In the run up to their headline show at the Royal Festival Hall on Friday, June 10 as part of Guy Garvey’s Meltdown Festival, the legendary cult band comprising Josh T. Pearson, Andy “The Boy” Young, and Josh “The Bear” Browning have announced a series of warm up shows in Texas.

Josh T. Pearson explains, “Back in the studio neck deep in the heart of Texas where Lift recorded The Texas-Jerusalem Crossroads, remixing the album the way it should have be mixed originally. It’s good to have our balls back after years spent being castrated. Excited for those who never got to experience the band live to hear a more accurate representation of what we sounded like then.”

Lift To Experience formed in Denton, Texas, at the end of the last millennium. Their rise was fast and their reign was short; following the release of their long-form masterpiece, the band imploded at the peak of their career due to a series of cruel tragedies. In this short time, however, the band achieved high critical acclaim and were so beloved by John Peel, that he invited them to record three Peel sessions in just five months and were included in the Best 125 Peel Sessions of all time.

After the group disbanded, the legend of their thunderous live shows and sole record has only grown. A cult recording that still possesses a mystical power in an era when such things seem to have fallen away. The purity of Pearson’s vision, and the passion with which the band executed it, still electrifies, still moves. It was, as Pearson says, “a lot of blood, sweat and tears”.

Talking about June’s Royal Festival Hall show, Josh T. Pearson admits, “We’re scared. We want it to be as good as it was. Five years ago I realized, there’s no better bands out there. There might be bands as good – I can think of maybe five of them I’d put up with us – but Lift To Experience was as good as it gets. The three of us didn’t want to be in any other band if it wasn’t as good as that. We’d rather burn that shit to the ground than have it not be pure. We haven’t been in the same room together for some years,” he says cautiously. “But we’d like it to be a celebration.”