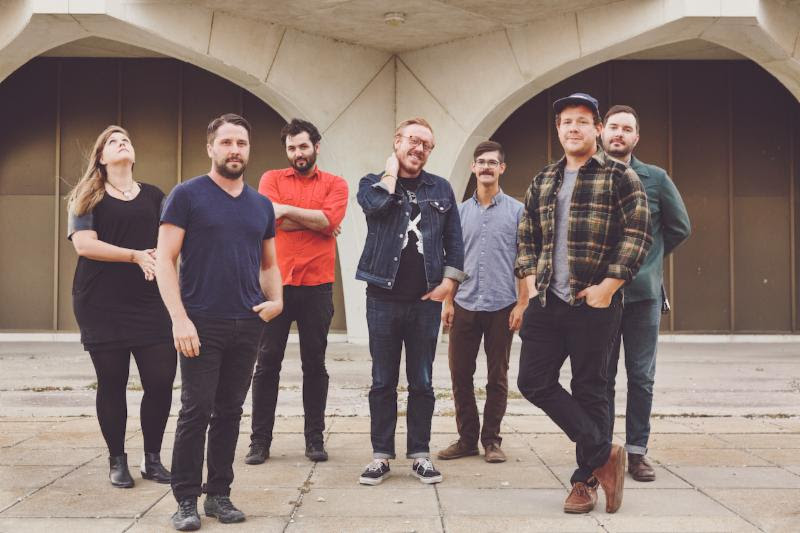 Library Voices have released a new video for “Oh Donna”. The band’s own Michael Dawson explains “My music video sensibilities are very much a product of 90s indie rock. Somewhere in my mother’s basement I’m sure there is still a box full of VHS tapes full of videos I dubbed off City Limits. Analog piracy I suppose. Anyway, director Karri Bowman has made some really wonderful and beautiful videos for artists around LA like Joel Jerome that capture that same spirit.”

Library Voices grew up as childhood friends in Saskatchewan, Canada on a steady diet of basement shows, science fiction, and mid-west sincerity. Their recent self-produced third LP, LOVISH, was once again recorded in an old funeral home and was mixed by Dave Plowman and Alex Bonenfant (METZ, Crystal Castles, July Talk).

The band, who once printed “Pop As Fuck” t-shirts, have upped the fuzz and upped the fidelity on LOVISH. The spit and hiss of an old Space Echo and a busted up tape machine runs throughout the guitar-centric album. The 11 song affair opens with the line “All of your heroes, they’re all assholes/but that don’t mean you should piss on your dreams” and then continues to both French kiss and shit talk the present for the next forty minutes or so. The band’s lyricist/multi-instrumentalist Michael Dawson jokes that he believes the government started tapping his phone after writing a song about the Prime Minister’s daughter so this time around he sticks to the much simpler topic of love.