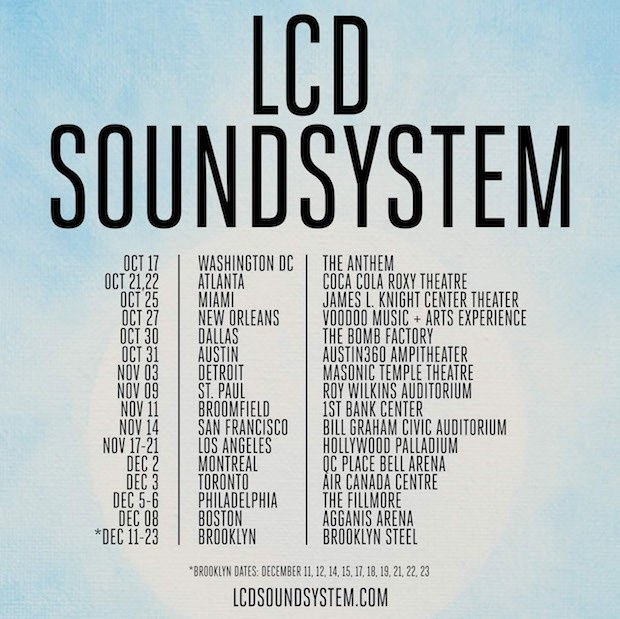 After months of updates from James Murphy himself, detailing the exhausting process behind LCD Soundsystem’s new album, he’s finally dropped the release date. American Dream will come out on September 1st on DFA & Columbia records, their first album in seven years after 2010’s This is Happening. It will of course feature both tracks “Call the Police” and “American Dream” that they premiered earlier this year online and through their SNL performance.

They also announced a string of tour dates stretching between North America and Europe with Canadian dates in both Montreal and Toronto. The news comes as the band are performing at their second week-long residency at Brooklyn Steel, which they will be returning to in December as well for a third week.

Murphy has been keeping fans updated on the huge delays from a 2016 release date, saying “Sorry it took so long, honestly. I didn’t think it would, but I, once again, underestimated the distractions inherent in touring and living a “life.””

Catch full tour dates and album tracking below, along with “American Dream.”