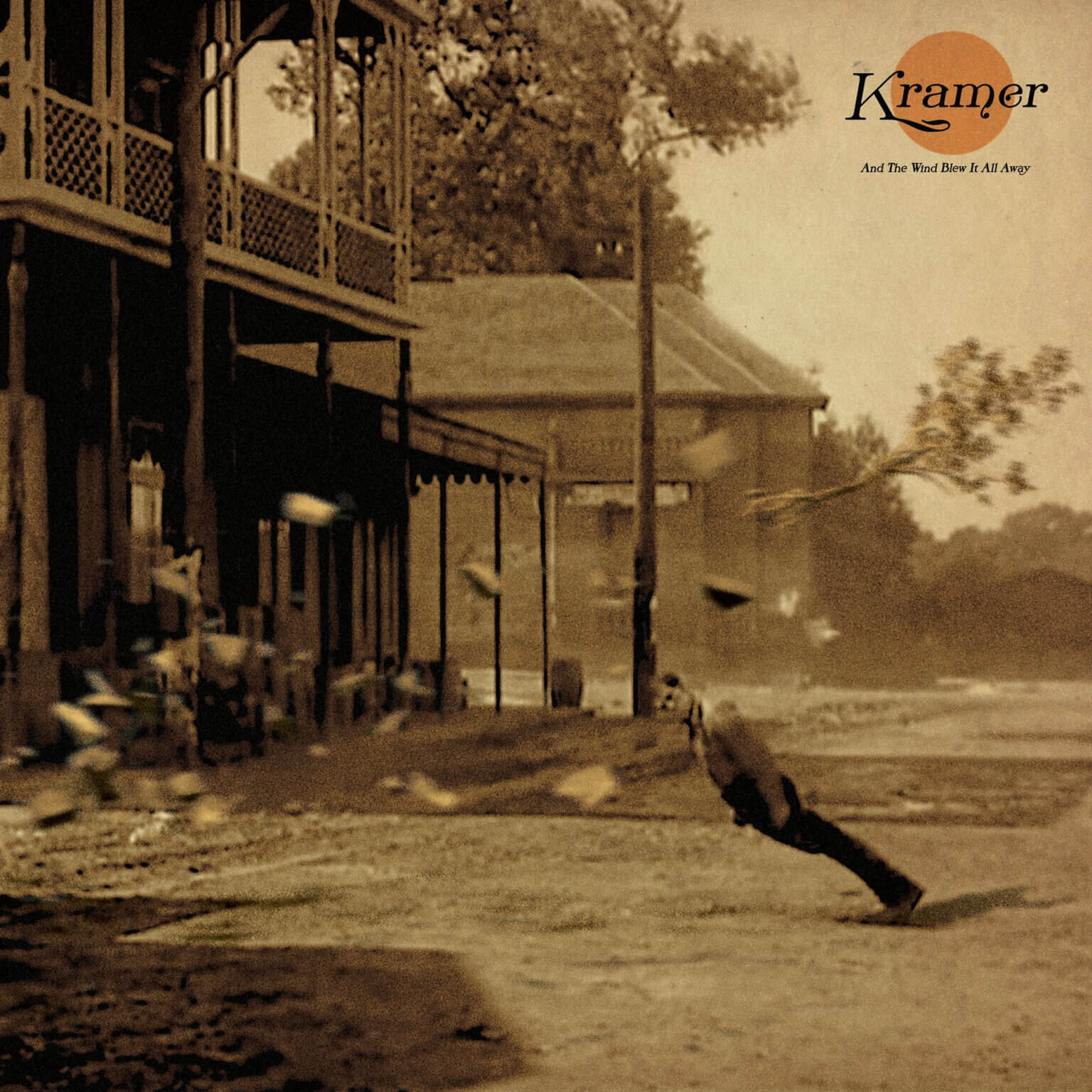 Legendary producer/songwriter/musician Kramer announced his forthcoming LP, And the Wind Blew It All Away, due December 3 via Shimmy-Disc/Joyful Noise Recordings. Alongside the announcement today, he has also shared the album’s lead single, “The Crying.” This record will be Kramer’s first solo LP of completely original material since 1998’s Songs From The Pink Death.

On the single, Kramer said:

“I’m not at all sure of where this one came from. The pandemic? Yet another failed collaboration (the most recent one of so very many, after three decades of working alone)? Repeated estrangements from my daughter, each new one lasting longer than the previous one? Or is it the cumulative weights of all three? We give up on Love when we imagine that Love has given up on us, or purposefully failed us, or forsaken us in its cruelty. As humans, Tears are our most common and most blinding recourse. The sound of them falling rings like a mote of fire around a bell;

‘This is what you get for trying; crying til the crying sets you free.’”

On the LP itself, Kramer said:

“A terrifying wind is coming. I recorded this LP as I wondered, through sound and song, if I’ll ever collaborate on making music with another artist by my side again, or live to see another New Year’s Eve, or ever hear my daughter’s voice again, or ever Love again. Time will darken it. It always does.

Do I really want to be the last man standing, in a wind like this one?”

Kramer is known for his many musical projects and collaborations:

While he has operated successfully on the extreme fringes of 20th century American Indie music, Kramer has also shown an equal mastery of ‘pop’ music, producing influential recordings by artists like Galaxie 500, Will Oldham, and LOW.

Kramer also scored a bonafide hit in 1994 as producer for Urge Overkill’s take on Neil Diamond’s “Girl, You’ll Be a Woman Soon.” But it was the creation of his Shimmy-Disc label in 1987 that would prove to be one of Kramer’s most enduring achievements. It was therein that Kramer coalesced his varied talents as a producer, curator, and musician/collaborator into one inextricably linked whole. In the words of Joyful Noise Recordings’ founder Karl Hofstetter, “His label became his art medium.”

Through Shimmy-Disc, between 1987 and 1998, Kramer released over 100 albums from a fascinating roster of artists that included WEEN (“The Pod”), gore metal heroes GWAR, King Missile, John Zorn’s Naked City, Japan’s noise rock masters BOREDOMS, and Kramer’s collaboration with magician Penn Jillette, The Captain Howdy, to name but a small few.

In 1985, while playing bass with Paul Leary and Gibby Haynes in Butthole Surfers, he recorded their classic songs, “American Woman,” “Whirling Hall Of Knives,” “Creep in the Cellar,” “Florida,” and others that would soon appear on their groundbreaking Rembrandt Pussyhorse LP, and on their Cream Corn From The Socket of Davis EP. Later that same year, with the help of a small loan from his uncle, he put a down payment on the recording studio, Noise New York, moved in, and made it his home base of operations for the next seven years.

In 1988, Kramer produced Daniel Johnston’s “1990”, featuring two of his greatest songs, “True Love Will Find You In The End,” and “Some Things Last a Long Time,” on which Kramer played every instrument. Together, these songs established Daniel’s one-of-a-kind genius, and they remain today as twin seminal anthems of one of the most vibrant periods in American Indie music, and one of its greatest artists and songwriters.

Between 1988 and 1991, Kramer produced all three Galaxie 500 LP’s, and toured the world with them behind the live-mix console, “…so I could be 100% certain that they sounded even better live in concert than they did on the records, which I could easily do if the venue had just one halfway decent reverb, and one echo machine”, he said. This genre-defining trilogy of LP’s firmly established Kramer as one of the founding fathers of “Slowcore,” and cemented the band’s eternal resting place in the movement’s pantheon of greats.

Also in 1994, he discovered LOW and produced their first two LP’s, I Could Live In Hope and Long Division in 1995, for Virgin’s Vernon Yard Records. Those recordings are now considered two of the foundational pillars of the Slowcore/Sadcore movement.

In 1995, he co-wrote “Free Will & Testament” with ex-Soft Machine legend Robert Wyatt, which became his signature song. That same year, he produced perhaps the most beautiful recordings of Will Oldham’s storied career, the 7” single “Gulf Shores,” b/w “West Palm Beach.”

In 1996, years after producing King Missile’s college radio mega-hit “Jesus Was Way Cool” for their Mystical Shit LP on Shimmy-Disc (which inspired their signing to Atlantic Records), Kramer reluctantly agreed to work for a major label and produce their 2nd LP for Atlantic, “Happy Hour,” which spawned two new hit songs and accompanying videos, “Detachable Penis,” and “Martin Scorsese,” both of which enjoyed worldwide notoriety, thanks to extensive MTV airplay.

In 1998, following a nightmarish 5 year lawsuit brought against him by Ann Magnuson over the Bongwater catalog and a subsequent disastrous partnership with The Knitting Factory in NYC, Shimmy-Disc went bankrupt and Kramer quit making music. He spent the next five years studying Theater & Directing under Arthur Penn (Bonnie & Clyde, The Miracle Worker, Little Big Man) at The Actors Studio, and the next two decades making four solo LP’s for the “Composers Series” of John Zorn’s Tzadik Records label, including one featuring guitarist Bill Frisell entitled, The Brill Building, Book Two.