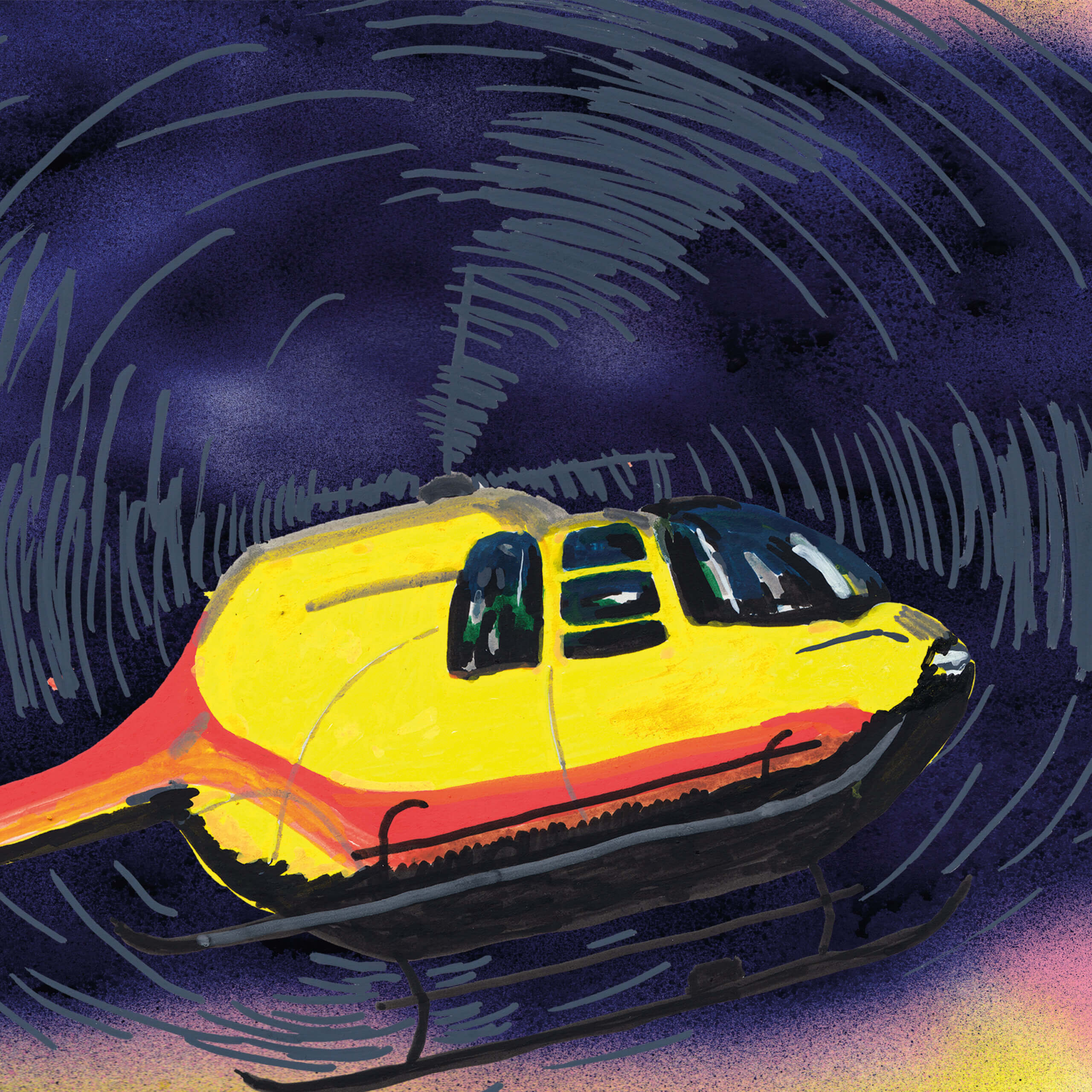 As always, singer-guitarist Jeremy Gaudet continues telling tales of lost evenings and laying down social commentary, specifically regarding class and the eternal rat race of life. Like Football Money standout “Leslie,” “The Sound of Music” centres around a night that spins out of control, including a run-in with police. “Parasite II” references the 2019 film Parasite, in which an impoverished family squats in an upscale house unbeknownst to the wealthy homeowners off of whom the intruders leech. “There’s gotta be another man in house who’s spending all the money / Someone down in the laundry room keeps shrinking all my shirts,” Gaudet sings with suspicion as the song dashes towards a bridge and outro sprinkled with twinkling piano.

Keyboards are front and centre on Chopper, with every member, including guitarist Brian Murphy, bassist Mike Walker, and drummer Brohan Moore, taking a turn. In fact, luminous keys form the backbone of most of the new songs. “Clerical Sleep” presents a platter of delectable synth tones garnished with subtle but sweet background vocals by Dorothea Paas, a talented solo artist also known for her work with U.S. Girls, Jennifer Castle, and Badge Epoch Ensemble. Keys on “The Sound of Music” could have substituted for harpsichord.

At its most exuberant, Chopper bounces with the infectious energy of Hot Hot Hot and the earnest playfulness of the Unicorns. But Chopper also shows a band that’s discovered how much mileage it can get by easing off the gas pedal. More than anything by Hot Hot Hot or the Unicorns, Chopper calls to mind Room on Fire era Strokes. Take for example the neon tinted “Night Vision,” whose loose guitar chords cruise along while Gaudet’s lethargic vocals dangle, or “The Extra Sees the Film,” though this latter track transcends any semblance of the trendsetting New York City rockers when it swells into glistening power balladry. “Night Vision” is a prime example of Kiwi Jr.’s more tempered approach; it’s also one of their most well constructed and absorbing songs, rivalled only by six-minute album closer “The Masked Singer.”

With this final song, Chopper ends on a high note. If Kiwi Jr. continue to challenge themselves and improve with each release, they’re sure to reach plenty more peaks just beyond the horizon.Kiwi Jr. – Chopper