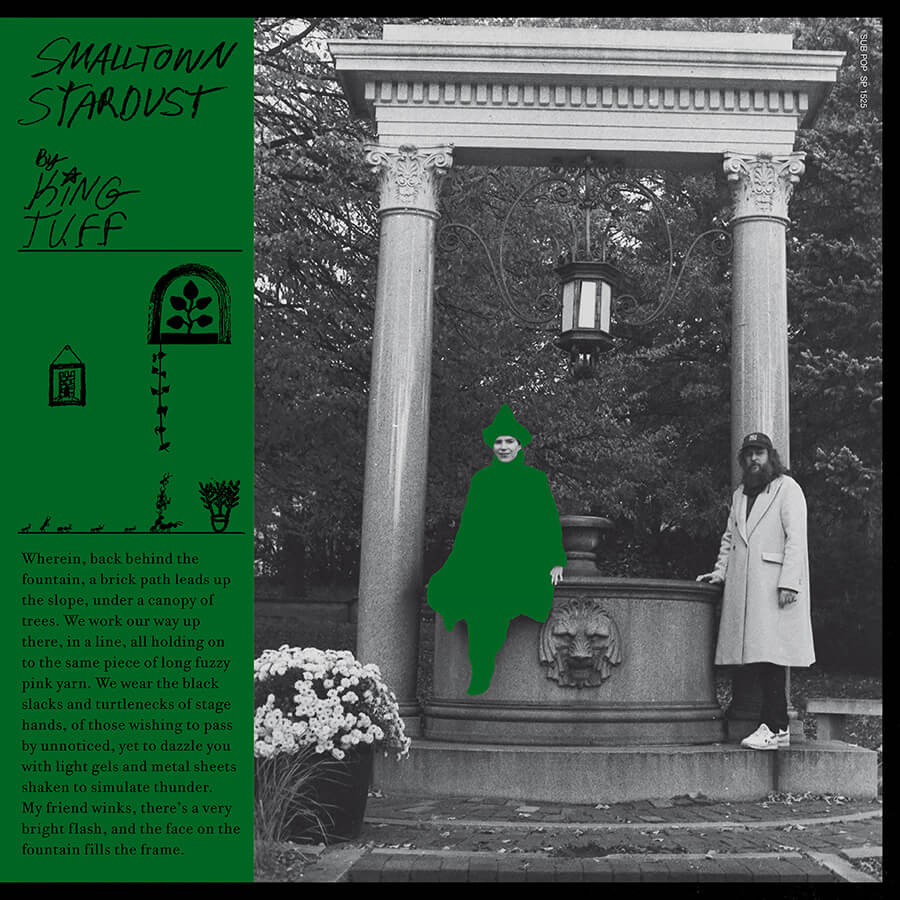 Sometimes it takes four or five albums before an artist figures out who they really want to be. Maybe they fall into a genre due to favourable reviews, or a label convincing them to continue with their “distinctive” sound, but after years and years of it, it becomes a facade, leaving the artist to go into remission and sometimes fade into obscurity. But Kyle Thomas—known in the music world as King Tuff—has re-emerged with a new, more hopeful sound, than his previous stoner rock meets garage rock titles.

His new album, Smalltown Stardust sounds more All Things Must Pass era George Harrison right from the first track, “Love Letters to Plants,” which trades out screeching and distorted doom rock guitars for light cello and violins. There’s still quite a bit of guitar wizardry going on, but it kind of takes a back seat in the mix, leaving you to really focus on the lyrics and Thomas’ calming voice.

His artistic statement comes in the next song “How I Love,” with the lyrics “So lost in nothing but noise for so many years / I forgot to love.” It’s a profoundly powerful statement coming from the guy responsible for the evil Sabbath-esque lead guitar and haunting vocals of Witch (his band J. Mascis of Dinosaur Jr.). Still, Thomas’ love of the occult and spiritualism is present on Smalltown Stardust, like on the song “The Bandits Of Blue Sky,” but again, it’s more joyous than his previous work.

There was nothing wrong with King Tuff’s previous albums, that fringed on psych rock in the vein of Ty Segall, but that’s just it. They all kind of got lost in the mix of the legions of stoner rock and heavy garage rock bands.

Maybe it was the pandemic that led Thomas to really reflect on his artistic vision. Maybe he was nostalgic for an older time in music or even his childhood, when he saw the magic in everything. The magic of the wilderness and gorgeous landscapes from his home in Vermont, which are referenced on songs like “Rock River” and “Pebbles in A Stream.”

Smalltown Stardust will definitely surprise fans of the old King Tuff, but there’s no question that the true fans will stick with him and new listeners will revel in songs like “The Wheel,” which has the same vibe as the blissful folk rock on (RIP) Crosby, Stills & Nash’s debut in 1969.

They may say the Earth is a drum, but with Smalltown Stardust King Tuff is looking to remind us to groove in his wondrous resonance and remember its beauty.