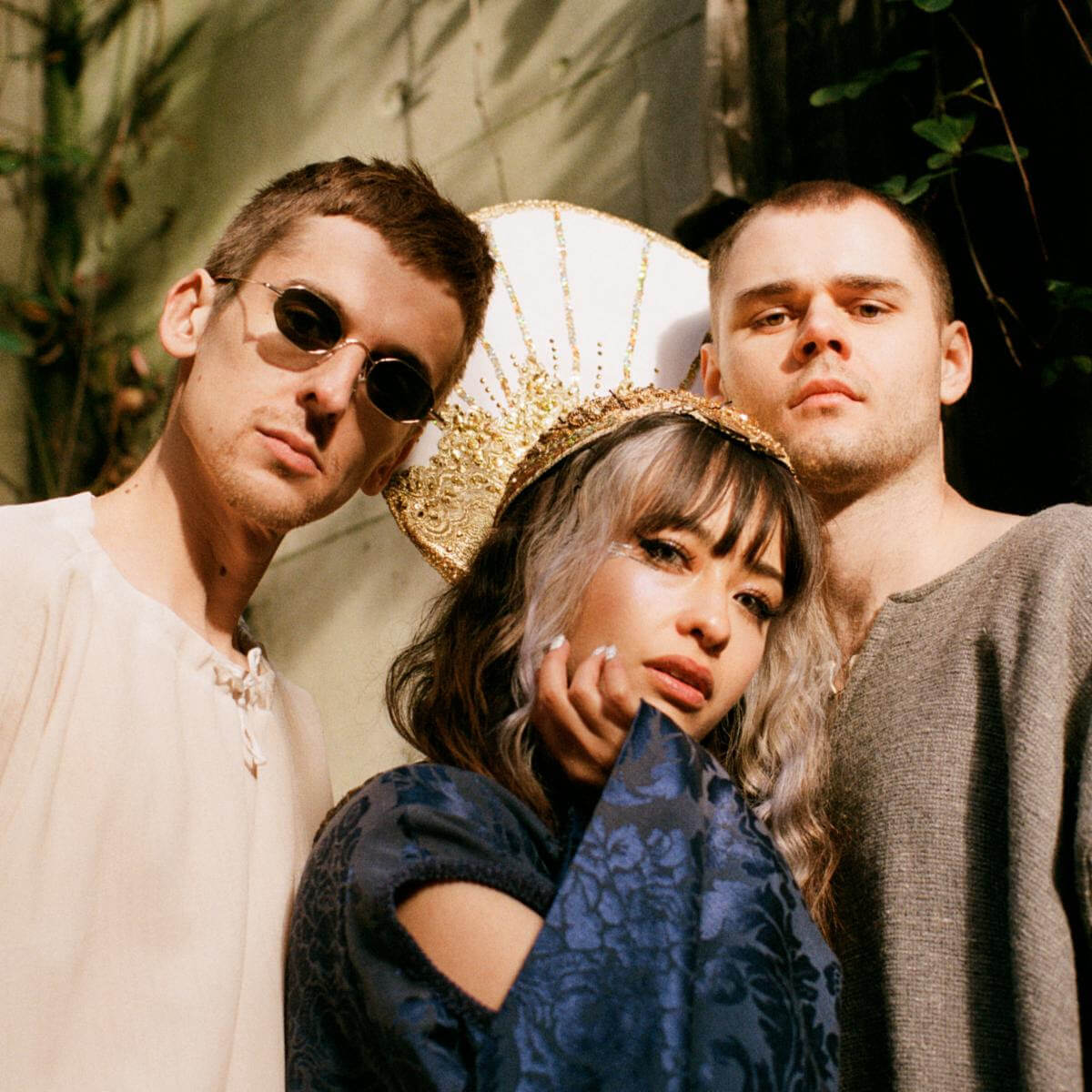 Kero Kero Bonito have announced their new EP Civilisation II, will drop on April 21st via Polyvinyl. The three tracks of the EP were completely devised using vintage hardware, written by singer, Sarah Bonito in both Japanese and English, and inspired by Kate Bush, David Byrne, Bjork and Ryuichi Sakamoto, modern peers Grimes and Caroline Polachek, and trumpeter Jon Hassell, who developed the concept of ‘fourth world’ music, which unified both primitive and modern sounds.

Along with the news of Civilisation II, the trio comprised of Sarah Midori Perry/Sarah Bonito, Gus Lobban and Jamie Bulled have shared the first single off of the EP, entitled “The Princess and the Clock.” The band explain, “‘The Princess and the Clock’ is the tale of a young explorer who is kidnapped while sailing the world, imprisoned at the top of a tower and worshipped as royalty by an isolated society. Trapped in her chamber, she spends years dreaming of escaping, until one day she disappears. A legend of our own invention, ‘The Princess and the Clock’ was written before Covid emerged, though the long, lonely hours and escapist dreams its protagonist experiences will be relatable to many right now. It’s a song for anyone who has ever felt trapped, lost and alone.” The fable is masterfully illustrated through and animated by Dan W. Jacobs.

Kero Kero Bonito have broken new ground in the past 18 months since the release of Civilisation I. Driven by their understanding of the machinations of digital culture, they have encouraged the extrapolation of their music by their fans; in 2019, KKB’s tracks ‘Flamingo’ and ‘I’d Rather Sleep’