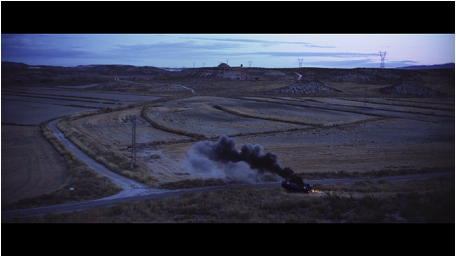 Singer/Songwriter Keaton Henson has premiered a short film for new track ‘No Witnesses’ (dir. Will Williamson). “No Witnesses” is taken from his critically-acclaimed, third official studio album Kindly Now (out now via Play it Again Sam).

“No Witnesses” captures a single moment after the fact. Shot in an undisclosed desert location – in limited time and on no sleep – it’s bigger in scale yet also Keaton’s most unguarded moment yet: a comment, perhaps, on the unflinching gaze of the audience, the microscopic events which take place after the momentous ones, or moving on from disaster generally. ‘No Witnesses’ is perhaps the integral moment on Kindly Now, a record which seems to both obscure and reveal, exploring the tension between things: from the traditional piano-led balladeering of Tom Waits and Randy Newman on one hand, to the experimental electronic sounds and tempestuous on the other; and from quiet, interior portraits to a busy, unbalanced landscape.

Keaton Henson, quietly released his limited edition, hand-made debut album ‘Dear…’ in 2012, before a surprise Zane Lowe play led to a flurry of investigation into Henson’s identity and whereabouts. Despite choosing not to perform or promote his record in a conventional manner, his heavier second album ‘Birthdays’ saw Keaton make an astonishing return to the live arena: from playing one-on-one for fans, to cinemas, museums and churches internationally. Whilst beginning to write songs for ‘Kindly Now’, Keaton pushed himself in two extreme directions: first, he taught himself the art of orchestration and arrangement, and surprise-released the critically acclaimed collection of bedroom-classical music, ‘Romantic Works’, on the same day as his date at London’s Meltdown Festival (at the request of James Lavelle). Then, Henson pushed the more electronic textures of some of his new songs into ‘Behaving’, his first album of wholly-electronic music (also staging a DIY, immersive production of Vivaldi’s Four Seasons for two-sold out nights at Oval Space, in association with The Barbican).

On top of his work as a worldwide-exhibited visual artist, Keaton has recently released his first poetry collection (‘Idiot Verse’) and scored the forthcoming Balletboyz’ feature-length World-War-One epic ‘Young Men’ in conjunction with the BBC (originally performed at Sadler’s Wells, and resulting in Keaton conducting the BBC Concert Orchestra). This has all – one way or another – fed into ‘Kindly Now’: an unheroic and unsettling examination of past loves, the role of the artist, and owning up to your own destruction.

How could I have known 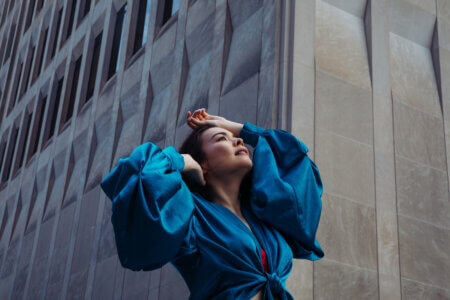