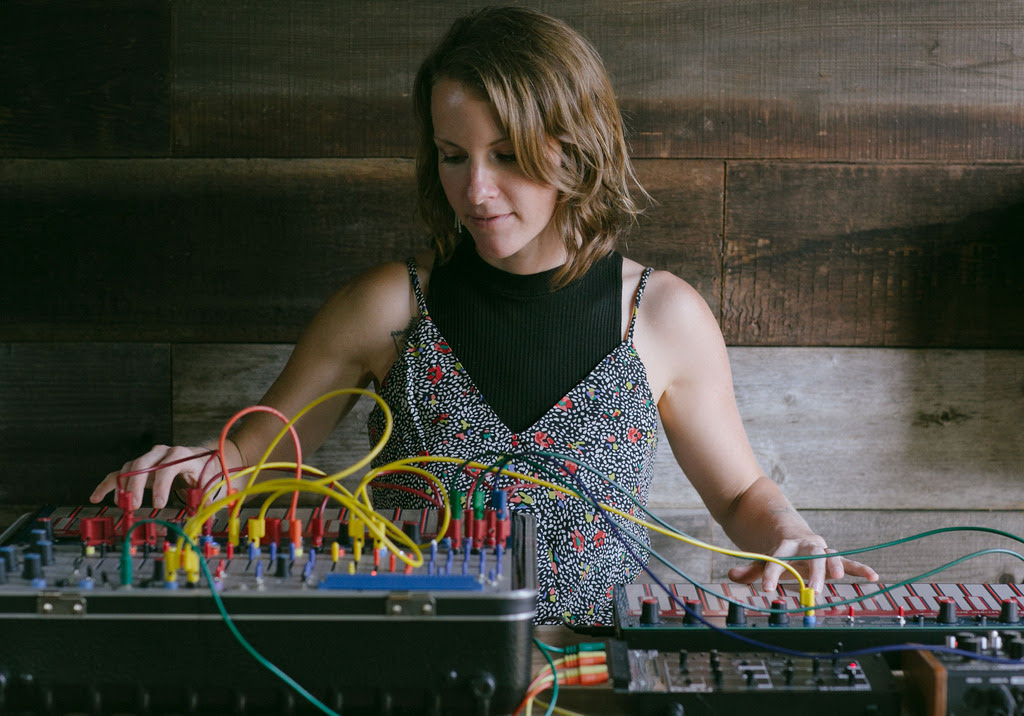 Synthesist Kaitlyn Aurelia Smith has shared “Existence In The Unfurling” this morning. The track is off her forthcoming release EARS, out April 1st on Western Vinyl. The song pulls together various aspects of her sonic arsenal, from gently pulsing arpeggiations to gentle drifts, interlocking patterns of synth, sax, clarinet and flute. Kaitlyn will be joining Animal Collective on their US spring tour dates, and will also be heading to Europe to support Battles in March and April.

Though the pallette of sounds Smith employs on EARS is darker than the ebullient tenor we heard on Euclid, she’s careful to let in just enough light to covey a feeling of cosmic bliss and transcendence. Kinetic arpeggios of synths pulse, often buoying her vocal mantras, while woodwinds breathe and flutter, emulating the wildlife Smith observed while growing up on the West Coast (she studied recordings of slowed down bird calls prior to composing these pieces). Though some of her gestures echo the musical tropes used by early minimalist composers.

EARS is an articulation of Smith’s vision, which she achieved in part by spending time preparing her mind prior to composing the album. As she explains, “I am very intentional about the months leading up to when I am going to compose something new. I really trust the subconscious and try and feed it only information I want it to feed back to me. I make playlists that I listen to nonstop, or have images I look at daily, or I go to places I want to be inspired by..I do all this prep work and then try and forget it when I am writing.”

8. Existence in the Unfurling