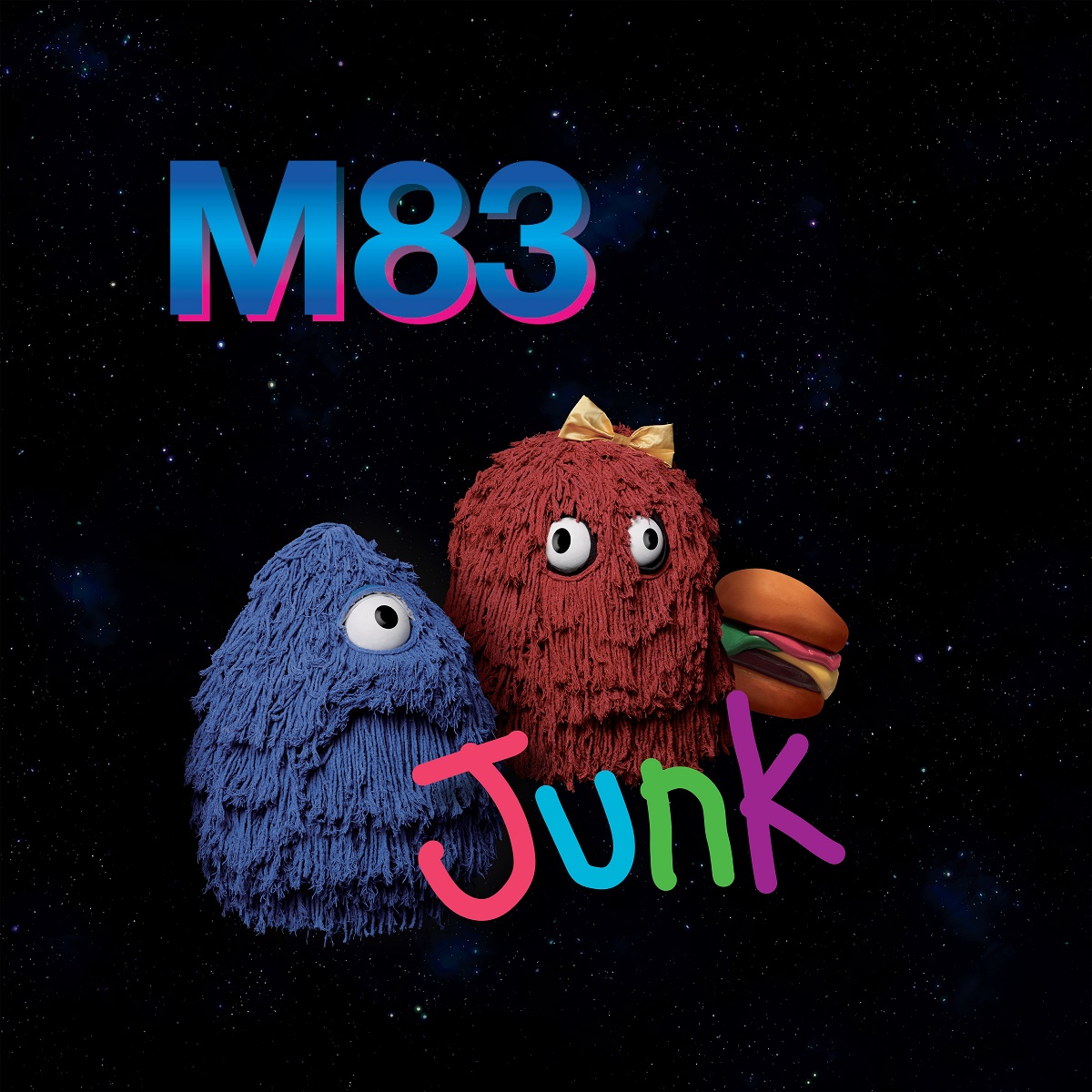 Fifteen years after the release of M83’s debut, self-titled album and 4 ½ years after his previous upbeat electro-pop reverie Hurry Up, We’re Dreaming, Anthony Gonzalez is back as M83 with the imminent delivery of 7th studio album Junk, due April 8th on Mute. Originally from Antibes, France, Gonzalez has been ensconced in L.A. since 2009, collaborating with a revolving door cast of band members (including co-founder Nicholas Fromageau for the first two albums, brother Yann Gonzalez, vocalist and keyboardist Morgan Kibby, and drummer Loïc Maurin) since M83’s inception. He’s also been chasing the American Dream and his teenage memories through his 1980s New Wave-influenced ambient pop/shoegaze/electronic material. In addition to M83, Gonzalez has composed music for film soundtracks and released two albums with his side project Team Ghost.

Prior to recording the ambitious Junk, Kibby left the band and Kaela Sinclair was tapped to replace Kibby for upcoming tour dates in support of the new album. The 15 tracks are also peppered with guest artist appearances, from cool-get Beck on “Time Wind” to Jordan Lawlor on “Walkway Blues”, Susanne Sundfør on “For the Kids”, and Mai Lan on 4 other tracks. Junk is Gonzalez’s ode to kids’ television shows of the late 1970s and 1980s and their individualistic spirit; something that today’s cookie-cutter children’s TV shows lack. Lead single and album opener “Do It, Try It” showcases that encouraging philosophy, dancing along with a springing house rhythm and zingy vocal phrases. Sure, it’s majorly retro, but it’s also enjoyable fun and full of zesty, synth-based builds and calmer lulls marked by lower-tone, morphed vocals. So, you know, “Do it, try it.”

The rest of the album is a decidedly mixed bag. Second single “Solitude”, which came out March 18th, slows it down into ballad mode with sustained synth organ lines and swelling symphonic strings. Deep, contemplative piano notes touch down while Gonzalez intones with slightly processed vocals “Somewhere back in time / I left a part of me / I want to see if you can try / to bring it back to me.” The track is reflective, but a bit too maudlin through its mid-section, and reminiscent of a thousand old-fashioned (Well, from the 70s/80s…) ballads that have come before. The lyric line is telling, however, because what Gonzalez is asking for is what he is trying to do with Junk; to reminisce and return to the surface his, and our (Well, for people of a certain age!), childhood and teenage years.

Because of all this backward reflection and vintage sonic manipulations, however, Junk doesn’t sound fresh or cutting edge. It’s not post – It’s past. And that’s most likely Gonzalez’s point, but there’s something too familiar in the types of sounds and structures from which Gonzalez builds his compositions. For some listeners Junk may be reassuring, but for others it will mostly be a boring retread of generic instrumentation that alternates between Easy Listening and New Age numbers (with some French Pop thrown in) made up of washes of retro synths, old-time electro bleeps, classical symphonic strings, unobtrusive piano notes, and standard songwriting.

The swooping, searing guitar line is the only thing that saves “Go!” and that’s not saying much. A Smooth Jazz vibe runs through “Walkway Blues” that holds little interest except for Jordan Lawlor’s vocals. “Bibi the Dog” fares better with its alluring female vocals spoken in French (Something about an “electrifying encounter”…), but that only happens in the first half. A brash, English-sung chorus suddenly slides in with the sing-song exclamation “I’m rockin’ to the beat.” And then the chipmunk vocals come in – for real – and some slo-mo vocals – and, yeah, if you’re into Alvin & The Chipmunks I guess this is entertaining…

There’s a mellow, Musak-like flow running through the instrumental “Moon Crystals” that nonetheless pierces with its sharp synth lines at times. It’s difficult to understand how this and some of the other songs represent the spunk and originality of 1970s/80s television shows. Speaking of which, “For the Kids” is an adult contemporary piano ballad/torch number that focuses on expressive vocals from Sundfør and velvety soft saxophone… So, not exactly for the kids… The instrumental “The Wizard” tries to set things right with it’s at first muted and fuzzy electronic blips that later break out into bright laser zaps, squirting synth notes, and a reverberating beat, coming across like an vintage video game, but it fades away too fast.

Gonzalez moves back into a dance groove with “Laser Gun”, kicking off with a house piano refrain, mellifluous and gleaming picked guitar, and a tripping drum beat. Lan talks and sing-talks quickly “People love me though / I’m their new rainbow (Which actually sounds like “Rambo”!) / This is my kingdom / A different kind of home.” The track then dives into deep synth-driven waters and rises with fervent belief via the uplifting chorus “So let’s so and get it / All the things we’ve been missing.”

The propulsion continues on “Road Blaster” with its upbeat cycle of synths, wordless vocal exclamations, horn swing, and kinetically clacking hits and drum beat. While there is a New Age breather smack-dab in the middle of the piece, it’s still one to break out the Jane Fonda Workout videotapes for.

The soothing, deliberately measured “Tension” is more like a release, plying New Age guitar chime and strum, airy synth notes, and waves of heightened vocals “Ahhh”s. French tendencies resurface on the mild, but pleasant “Atlantique Sud” with a girl and a guy trading and overlapping vocal lines in French. They both sing in a light, breathy tone, dropping phrases like “Don’t be afraid.”, “I’ll follow you.”, and “I’ll stay with you.” amid yearning pulls of bittersweet violin.

Beck, sounding quite un-Beck-like, sings in a flowing tone on “Time Wind” (Or how about “Time Rewind”?) while a bass line undercurrent, house-leaning piano notes, and a flat-smacked beat provide support. Another key lyric line appears here, underscoring Gonzalez’s nostalgic intent, in the shape of “Wake me up / from the long way that we’ve come / Just to find out that it’s all been said and done / But we’ll do it again / Say it’s all in our heads.”

Gonzalez’s work in film scoring emerges on the cinematic interlude “Ludivine” which is rife with gently drawn symphonic strings and angelically pining, wordless male vocals. It’s an incongruous sonic segment, but beautifully done. The album ends on “Sunday Night 1987” as echoed male vocals pause over “lost memory” and “faded pictures”, wondering “Where did you all go?”, and ruminating to “remember” amid delicately played piano notes, subdued synth lines, and melancholic harmonica pull. Junk sounds dated and not in a good way. It’s the songs that don’t go into total throwback mode that appeal the most. But then, one person’s Junk is someone else’s treasure…