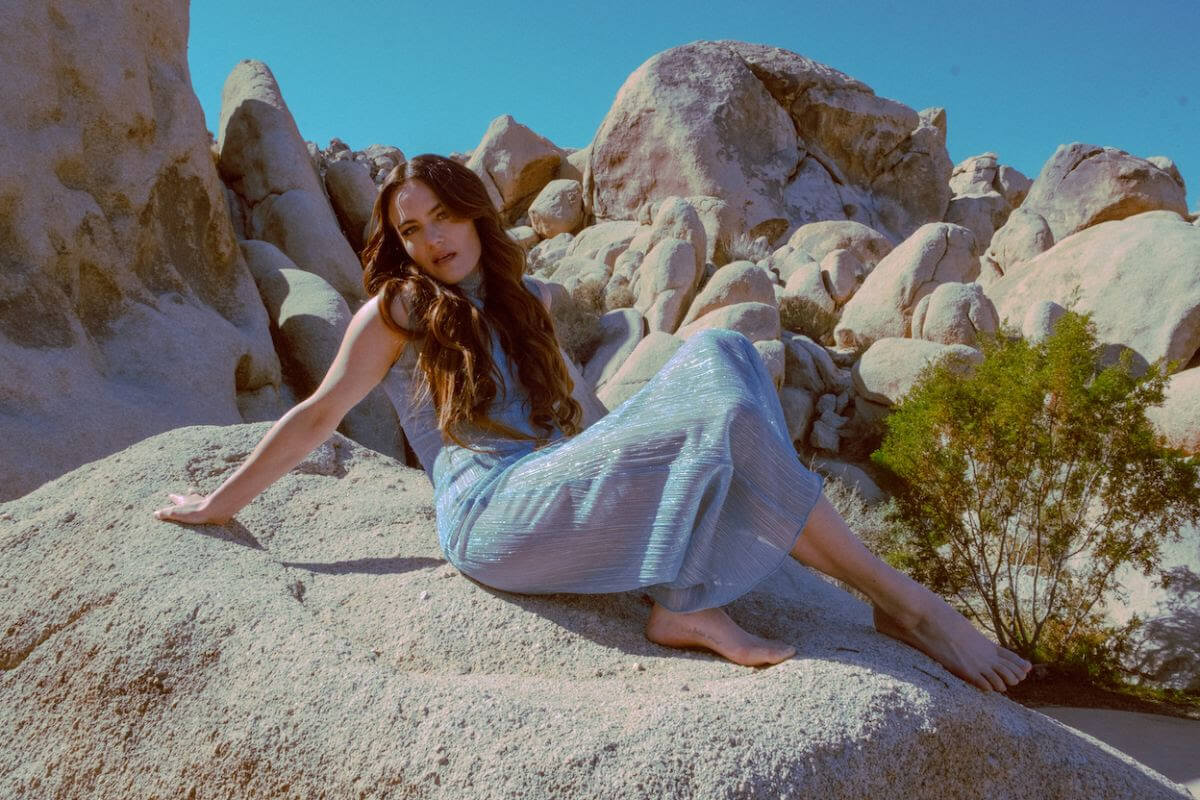 Julia Stone has announced that her forthcoming release Sixty Summers will drop on February 19 via BMG. so far, ahead of the release, the singer/songwriter has shared the singles “Break” and “Unreal.” Today, she has dropped another album track/video for “Dance,” the clip features Susan Sarandon and Danny Glover.

Eight years after Stone’s last solo record, Sixty Summers arrives as a powerful rebirth for one of Australia’s most prolific artists. Emerging from the wildernesses of folk and indie-rock, with Sixty Summers Stone dives headfirst into the cosmopolitan, hedonistic world of late-night, moonlit pop. The stunning album brings us the grit and glitter of the city, with all its attendant joys, dangers, romances and risks. It is Stone at her truest, brightest self, a revered icon finally sharing her long, secret love affair with this vibrant and complex genre.

Director by Jessie Hill on the video for “Dance:”

“Particularly in this moment, I wanted to make a memorable video with a whimsical message about love… a story reflecting the times, where more than ever we need to come together and connect. I also wanted to explore an oft-neglected demographic and reframe the way we look at age.” Although mature in years, Sarandon and Glover portray in the video all the excitement and anticipation associated with new love, reminding the viewer that magic in connection is something intrinsic in the very nature of being human.

Hill continues, “There’s a specific sexiness to maturity, something to revere. We need to see more examples of the wiser generation portrayed in film as exciting, open and highly desirable. Having two icons like Danny and Susan come together to breathe life into this concept was a dream come true.” With performances that harness the magic and wonder of new love, and a chemistry between the actors that feels almost visceral, the ‘Dance’ video will stay with the viewer long after the last bars of the song play out.

Of the song, Stone shares, “‘Dance’ was written as I thought about those very rare and often very special times when strong messages are sent and received silently between people. I was thinking about the moments we can share, when words are ineffective to communicate to those you love or are just unnecessary in a moment of deep connection…. When there’s nothing else to say or do, ‘Why don’t we dance’… It occurs with love and happiness but also pain and empathy. Heart, in all its appearances.”

Recorded sporadically over five years from 2015 to 2019, Sixty Summers was shaped by Stone’s key collaborators on the album: Thomas Bartlett, aka Doveman, and St. Vincent (Anne Clark). Bartlett and Clark were the symbiotic pair Stone needed to realise her first pop vision. A wizard of production and songwriting, Bartlett helped coax Sixty Summers’ independent, elemental spirit from Stone, writing and recording over 50 demos with her at his studio in New York. Itself a thoroughfare for indie rock luminaries, some of whom, such as The National’s Matt Berninger and Bryce Dessner, ended up on the album, Bartlett’s studio was perfect fertile ground for Stone’s growth. “Making this record with Thomas, I felt so free. I can hear it in the music,” says Stone. “He brings a sense of confidence to recording sessions.”

Clark was the incisive yang to Bartlett’s yin, a sharp musical polymath who, when presented with the work Bartlett and Stone had made together, quickly helped fashion Sixty Summers into the album it was destined to be. Contributing vocals and guitar in addition to production, Clark’s revered acidic touch ignited the sparks of Stone’s creations. Of Stone, Clark comments, “Jules is the best. We were always fond of each other from afar, but after working on this, we became great friends. She’s a brilliant girl — tenacious, perfectionistic, so smart. All fire.”