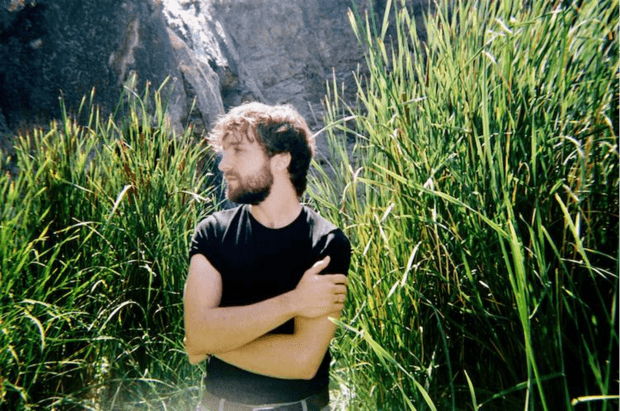 Singer/songwriter/multi-instrumentalist Angelo De Augustine has released his new self-produced single “Blue,” featuring Sufjan Stevens on vocals, piano and guitar. Along with the single, comes a video, directed and shot by De Augustine on Super 8 film. The song is now available via Asthmatic Kitty. “‘Blue’ speaks of an admission in confidence to a friend,” explains De Augustine. “The eternal and symbiotic bond of mother and child, and an inquisition into our inner pain, investigating if we are forever bound by it.” The track is set to appear alongside De Augustine’s recent single “Santa Barbara” on a double A-side 7” single due later this year on Asthmatic Kitty. De Augustine’s most recent album, 2019’s Tomb (produced by Doveman’s Thomas Bartlett).