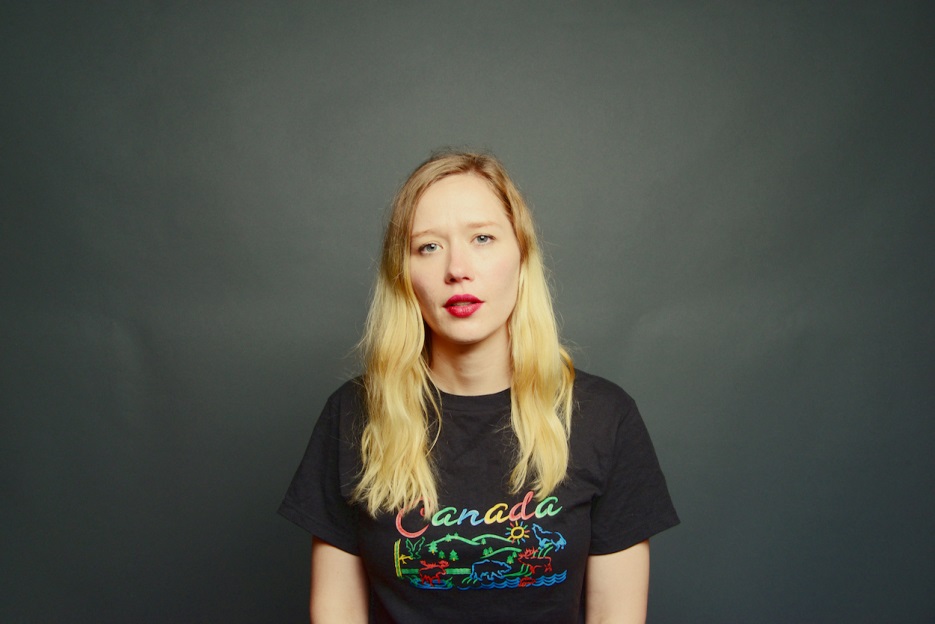 Australian folk songwriter Julia Jacklin doesn’t think of herself as a great musician, but she knows she brings a lot to the table. Since breaking through with her album Don’t Let The Kids Win, Jacklin has been touring the record relentlessly to help earn the trust of her newfound fans. Catching up with Jacklin after her set at the Rivoli in Toronto for Canadian Music Week she discusses overcoming self-doubt, surprisingly fruitful day-jobs and even manages to make a “Talladega Nights” joke.

Northern Transmissions: You’ve been playing and trying to break through for years but how has it been adjusting to the hectic travel and tour schedule since you’ve gotten more attention?

Julia Jacklin: It’s been a very strange but interesting change in my life for sure. I’ve been on tour since August of last year, maybe July. It’s interesting as a performer when your songs go from something that you play once every two weeks to every night for month long periods. Now I’m connecting with different people from different parts of the world, sometimes in different languages, while being extremely tired most of the time. I’m finally getting into it now, understanding touring, whereas at the beginning I still didn’t really know how to do it without feeling bad musically and mentally. Now that I’ve realized this is how my job and life will look like for the next year at least, and that this is what I need to do to enjoy myself, things have improved.

NT: Do you think giving yourself a firm deadline of 25 to release the record helped drive you forward? Do you think this was self defence against a quarter life crisis?

JJ: I think having a deadline for me was great. I couldn’t make excuses or nitpick my songs for long. As a musician nothing ever feels finished or ready to go out into the world. The deadline meant even if it doesn’t feel finished, it has to be. I spent so much of my early 20s thinking about my future life and how great it was going to be, without putting much work into making it happen. I found myself at 24 realizing I had to put in a lot of work if I wanted any chance of getting what I want. I said “You’ve gotta sort this out to do something in your life of note.”

NT: I heard out of anyone that Britney Spears actually had a big influence on your career rather than your music at one point, how did that happen?

JJ: That was definitely early on in my life, that wasn’t a working harder on my music moment (laughs) I was ten. I saw a documentary about Britney Spears in 2000, “Toxic” era, showing what she had done in her early life, taking dancing and singing lessons when she was four. I felt like I hadn’t done any of that. I thought, “I really better start working on singing if I want to be a pop star.” I told mum, I really wanted to be Britney Spears/I wanted her to be more like Britney Spears’ mother and to push me into doing something. I got classical singing lessons which was not exactly what I wanted at the time as a ten-year-old future pop star. But I’m very grateful that I did because I did it for eight years and it really helped me as a vocalist.

NT: While I know you’ve said in the past that you felt you didn’t deserve fame because you hadn’t studied music, do you now feel like it’s allowed you to be more unique?

JJ: Yes and no. I definitely feel now that I have something to contribute as a songwriter. In the early days you’re more focused on your technical abilities as a musician and I’m definitely not the most learned person in that realm. But I can write songs, sing and play guitar well enough. So I see my value more now and I have more confidence in those spaces but I’m playing with musicians that are talented as well. I’m less intimidated than grateful by the musicians I play with and I surround myself with good people so it’s not like I’m playing with people that say “Julia get better at guitar.” Everyone’s aware of each other and we sort ourselves into our roles based on what we can and can’t do.

NT: Do you think your time working in a factory helped shape your music or did it more just help finance it?

JJ: I think for me that job was an interesting one because I’d studied social work at Uni, and I was working that factory job at Uni, and I went to SXSW and came home and went back to the factory. It was a great job as a musician but it also gave me a lot of time to think because I had all day, every day to stare down my future life, and stress about what I was going to do with it. It’s where I came up with the 25 deadline. I’d worked in cafés before and because of the stress where you’re on your feet all day running around, you don’t have much time to think about your life. But the factory was sitting down with repetitive tasks, giving you plenty of time to think. It gave me a lot of time to think and work on my lyrics while I was sitting there so I’m actually quite thankful for that job.

NT: Since you feel you have to be worried to write music, do you think it might be harder to get your next album going if you’re successful now or are you just a worrier by nature?

JJ: I think this year has been an emotional rollercoaster of being excited that my record’s done so well and that I can do this as a job and then the next minute the sheer dread that I’ll never write another song again. It’s completely different because most people’s first record is your entire life up to that point, my 11 songs were my 11 best songs up to that point in my life. You release the record and then you’re on tour for a year, and they want another record. All I see is petrol stations and bars, and I don’t want to write about them, so I’m figuring out what to write about. I still have relationships with people interacting every day and that’s what I’ve always written about so I just need to bring it back to that. I’m finally not freaking out about it which is letting me write it more. Hopefully I will have some songs and they won’t be shit, that’s the goal.

NT: Do you think you would’ve had the confidence to write this record without playing in your band with Liz Hughes?

JJ: I think that informed everything I’m doing now. I never thought about joining a band until she asked me to be in her band. The only reason I started playing guitar was because I wanted to contribute more to the band than just backing vocals, I felt awkward without having anything in my hands on stage… I didn’t know what to do with my hands. So I learnt guitar, and I started writing a few songs. Once I started the band became the two of us contributing before we both left for bigger things. I owe everything to that project.

NT: What’s on the books for the next few months for you?

JJ: I’m touring now until September, doing some shows in America, then home for shows and then to Europe. I haven’t announced it yet but I’m releasing something next month. I’m writing a lot in Toronto, Toronto seems to be inspiring me a lot lyrically which is great because I had a long period of writer’s block, which I’m sure a lot of musicians get after their first record.