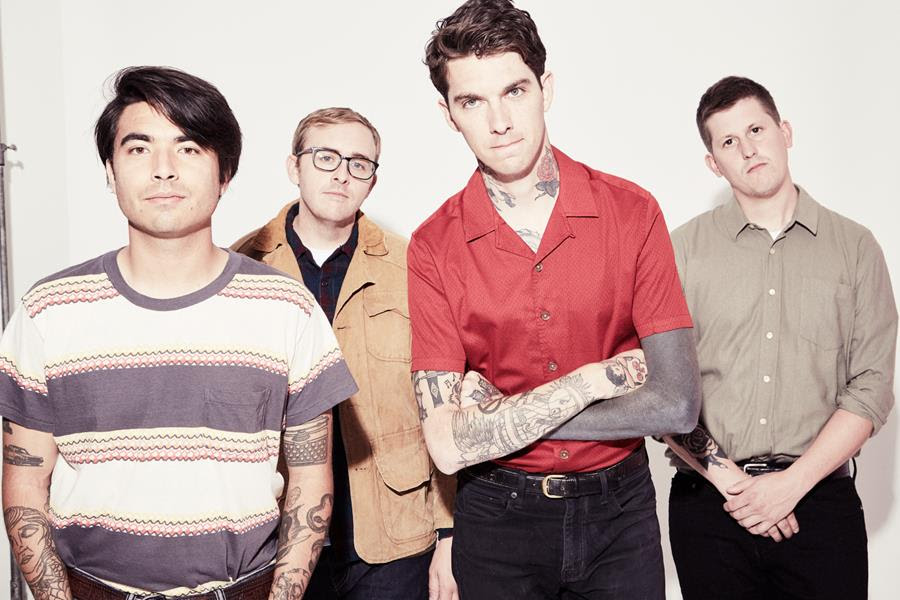 While Cody focused on growing up, Million Dollars to Kill Me looks at what happens next: reckonings with love, money, doubt, confusion, and the hope that persists despite it all. Throughout the album, Joyce Manor augment that tension with their layered guitar work: Knobbe’s uncommon ability to make songs sound sadder and tougher at the same time, Johnson’s flair for mixing minor and major chords to invoke a precise kind of overpowering melancholy.

Also today, Joyce Manor announce a 22 date headline tour, beginning October 9 in Woodstock, NY and The Colony and going throughout November 3 in San Francisco, CA at The Fillmore. On January 19, Joyce Manor will headline The Hollywood Palladium in the band’s hometown, Los Angeles, CA.Tickets go on sale Friday, July 20 at 10am local time.
Co-founded by Johnson and Knobbe in L.A.’s South Bay, Joyce Manor released their self-titled first album in 2011. The band made their Epitaph Records debut with Never Hungover Again, a 2014 effort that Pitchfork hailed as “their most ambitious and diverse album, as weird as it is instantly enjoyable.”