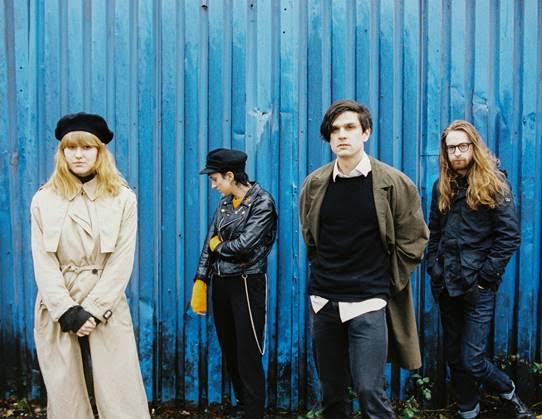 Jo Passed will release Prime, their debut full-length effort, on March 16th, via Royal Mountain Records/Sub Pop. The album was recorded during the fall / winter of 2016/17 at Thor’s Palace & KW Studios, both in the band’s hometown of Vancouver, British Columbia.Jo Passed has scheduled a run of club shows and festival dates before hitting the road later this year, including shows with Hardly Art’s Dick Stusso (March 16th-24th) and an appearance at Treefort Music Festival in Boise (March 21st).

Jo has been part of the DIY music scene since his late teens. Initially it was just him and his high school best friend Elliot Langford against the world. They were the “freaky music weirdos” and they began their own band projects. Jo was pretty sure that it would be two of them riding into the sunset – or maybe the gloom – together. Personal circumstances and the phenomenon of the late 20s return of Saturn (for those who believe in astrology) got in the way. Their band Sprïng called it a day. That’s where the life of Jo Passed began. The idea of a band dynamic is far more appealing to Jo than solo projects, and the current incarnation of Jo Passed feels like its most robust yet.

Jo, along with his friend and drummer Mac Lawrie, moved across the country from Vancouver to Montreal. The two would play shows in Montreal and eventually tour the far right corner of North America. Upon Jo’s return to the west coast, multi-instrumentalist Bella Bébé officially joined the band in January of 2016, expanding Jo Passed from trio to a full quartet. Multimedia artist Megan-Magdalena Bourne began working with Jo Passed on a video project for the song “Rage” (from the Out EP). This creative partnership would eventually lead to her taking on the role of bassist for the band.