Jaden Smith live at the Imperial At only 19 years old, Jaden Smith has quickly become a divisive figure in acting, fashion, and music. He’s equally praised for the philosophical new age musings that run through all of his work and dismissed as a hyper-privileged, scatterbrained, pseudo-intellectual offspring of mega celebrities Will and Jada Pinkett Smith. But last night (April 10), he showed the sold-out crowd at the Imperial Vancouver that there’s less room for such debate when it comes to his live performance.

Of course, his Vision Tour had a strong visual component. Before Ian Frequency, a member of Smith’s MSFTSrep crew, opened the night, I saw something I’d never seen before: A series of music videos divided into “chapters” ran on a screen that spanned the width and height of the stage. Almost everyone’s attention was turned towards the videos which starred Smith and others including folk-pop musician Harry Hudson.

Ian Frequency dispensed just a handful of unremarkable hip hop songs including “East Coast Icon”. “I don’t usually sing in front of people,” he disclaimed before going into “Jazzy Jeff & the Finesse” and a song backed by a pre-recorded fried guitar and pulsing drumbeat. He closed with “Energy” and the first of many positive messages throughout the night: We really can achieve anything. “Just work your ass off. Don’t take a day off ‘til you get there.”

Next, Tyler Cole cranked the uplifting sentiments and energy much higher than the guy who had a song called “Energy”. Cole shouted wildly over a punk guitar track and a wobbly beat on “Blow Up Your TV!”. From this point on, in addition to displaying the MSFTSrep logo against a monochrome background, the screen depicted rolling oceanscapes and the respective music videos that corresponded with whichever song was being performed. Cole was hype, but he had some range too. He turned down with a cool, summery riff on “Love at First Fight”. With a live guitar (the only live instrument of the night), the sparsely strummed “Bones” could have been a Frank Ocean outtake. But Cole could rap too. On one song, he sampled the paralyzing beat of Run the Jewels’ “Call Tickerton” and the lyrics “li-li- li-li- li-live from the Garden.” And he took on politics on another guitar-heavy track. “I’m sick of Donald Trump. I’m tired of seeing Donald Trump,” he shouted as phrases including “The world is coming to an end” flashed on the screen. And in a well-meaning but uninformed moment before the song, he praised Canada’s government: “You guys are doing it right.” He bookended his set by telling us, “This is a PSA.” His outgoing transmission: “I’m Tyler Cole. I have one message: That is, you can be anything you want.”

His visuals included lyrics, song titles, and narrative cues like “Syre enters the stage.” He made the room bounce with “Icon”, “George Jeff”, “Falcon”, and the rocking “Watch Me”. People mimed searching from floor to ceiling with their phone lights during “Lost Boy”. MSFTSrep member ¿Téo? made an unadvertised appearance, giving a string of numbers a Columbian vibe. Together, he and Smith performed ¿Téo?’s track “Uno Dos”. One of the best highlights of the night was all ¿Téo?’s. He alone performed “Palm Trees” as its exquisite video, which, if I heard correctly, was shot in Mexico, played in the background.

Smith performed most if not all of his debut album, last year’s Syre. In fact, he performed “Icon” twice, the second time for his first encore with Frequency, Cole, and ¿Téo? instead of solo. They left the stage, and as people filed out, Smith returned for yet another encore. “We all skeptical now?” someone asked after Smith’s second encore. As the crowd crept towards the exit, one eye on the stage, Smith came out again, said a few words that were muffled to me as I stood in the lobby, and left once and for all.

Whether Jaden Smith is a wunderkind or playing an elaborate joke is up for debate. But what is for sure is he puts on an entertaining show that, unlike his music, does not overreach in ambition. Maybe this will change when he acquires greater financial resources, but for now, I’m less skeptical of Jaden Smith. 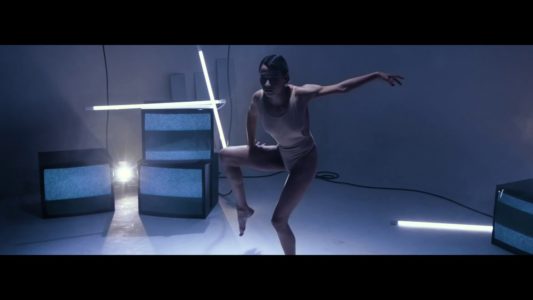