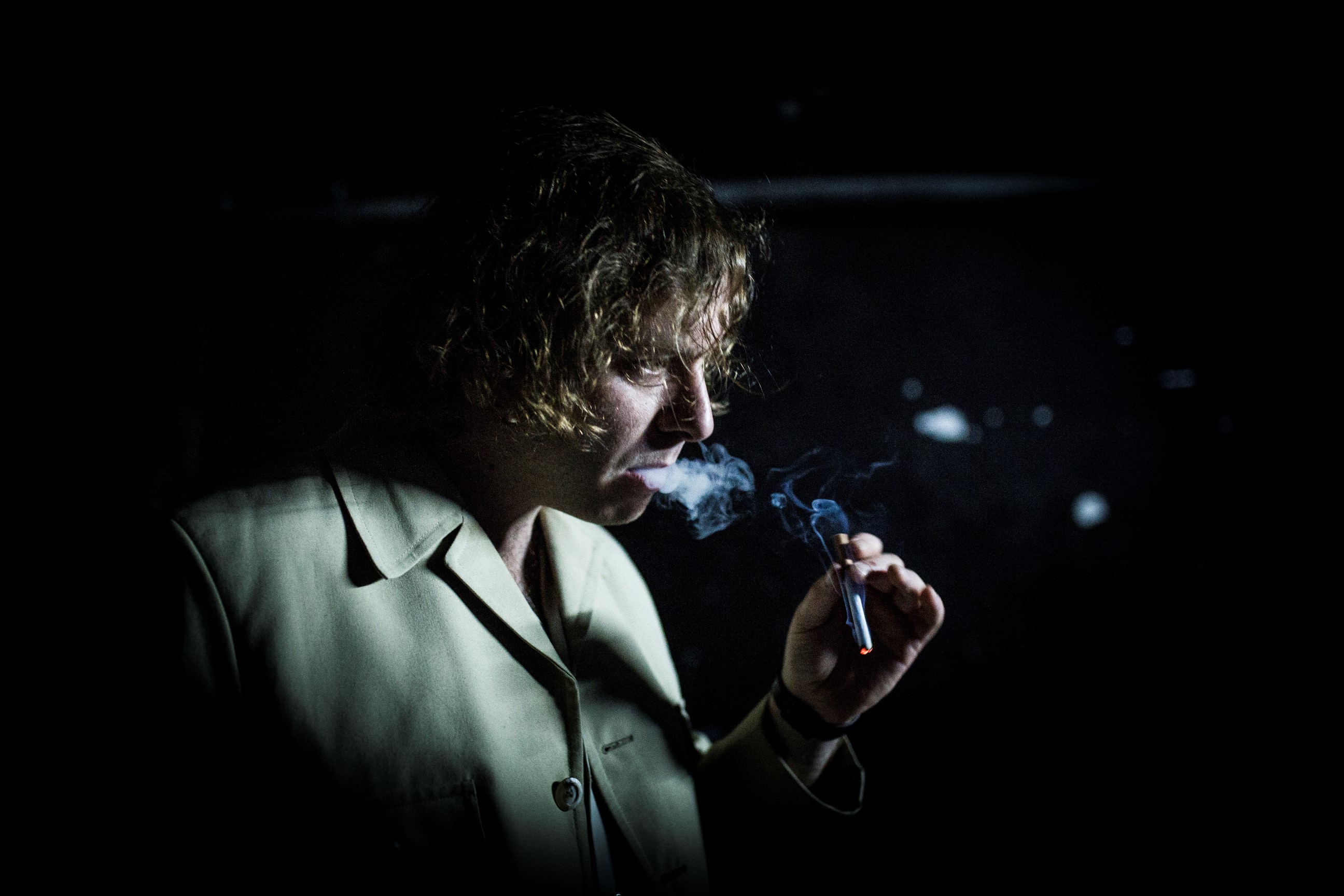 While many artists are looking to find some individuality in their solo music, Jackson MacIntosh was making music for himself. Though he’s been keeping busy in bands like TOPS and Sheer Agony for years now, he’s been quietly building a body of work to call his on, and when he didn’t realize how far along it had even come. Stumbling into a full record, MacIntosh is showing everyone a new side of his often understated contributions to his other bands. We caught up with MacIntosh to talk about his new album My Dark Side and to chat about how his years of work in other bands and behind a board prepared him for his solo work.

Northern Transmissions: Although this would be inherently different music from what you’ve done in TOPS and Sheer Agony, what made you need to put this record out?

Jackson MacIntosh: I started writing songs when I was twelve years old so it was really natural. For a long time I had a studio that I shared with some friends in Montreal, so I could go in and record at any time. I was going in and recording without any real thoughts of releasing it. I was writing songs for a long time, and with Sheer Agony I was doing songs in that as well. I hadn’t thought of it as different from what I’d done before but I guess it kind of came out that way.

NT: Alternatively, what do you feel like all these previous bands had taught you that you wanted to bring into this album?

JM: With TOPS in particular, it was how hard they work. They’re always working on stuff, and they have a really methodical approach where they’ll save songs for weeks at a time and discuss transitions and feel. It’s this cool democratic discussion and feel that I’d never experienced before, and I thought it was really cool. It also gave me a new vocabulary to talk about songs because they really talk about it so much. With Sheer Agony, I learned how to be in a band, and we played together for a long time. Another one that had a real impact was Homeshake, he’s really organized and that influenced the way the solo record sounds as much as anything else. It was also recorded in the same studio as that record so I was taking a page out of the way he records and arranged. Someone else is Erin from Mega Bog, who has a really interesting approach to music that’s inspired me a lot over the years.

NT: On this note, did you really feel a need for outside help at all or were you pretty much running the whole show up until mixing?

JM: I’ve never considered working with a producer, mostly out of cheapness but also as a control freak wanting to put a studio together myself. It never occurred to me. I don’t know if it was working with Peter on Homeshake, but we were both learning as we went on that. I wasn’t a producer as much as a producer on that record. It wasn’t glamorous with Peter and I, we were sitting in a freezing studio, often with our winter jackets on, sipping endless cups of tea and straddling space-heaters. At one point we had to take a couple days off because I spilled tea into the mixing board. In part, I feel like if there’s someone else around I’m inclined to rush through and get things done, but on my own I’ll rewind the tape a hundred times to find out what it needs.

NT: How did “Lulu” help you break out of your writers block?

JM: If I knew why I had writer’s block, I probably could have found a way out of it. All of sudden I just kind of did it, and I was also really happy, maybe that was part of the problem. For eight months I couldn’t write anything. When I wrote that song it felt different from anything I had done before. It was also really autobiographical, which felt good and different. I kept going in that vein of ruthlessly autobiographical, which isn’t always the best move. I hadn’t even intended to release these songs, which makes it weird how autobiographical they are. It’s happened in the past with these kinds of songs, and people find out who these songs are about and ask me about it.

NT: Considering this album is a result of three years of writing, when did you finally realize this was more of an album?

JM: One night I was in a bar getting drunk with Jane and Dave from TOPS, and said as a joke that I was going to make a solo record called My Dark Side. We were talking about Pink Floyd I think. It was this vague idea while I was working on songs in the studio. We were closing up the studio and had to wrap up all the projects we were working on at the time. I had finished a new Sheer Agony record which comes out who-knows-when, and I realized I’d actually finished two records. I sent my songs to Sinderlyn, and to my chagrin they were actually more into that than the new Sheer Agony record. I had accidentally finished a solo record and that opened up some shows, so I stumbled into this.