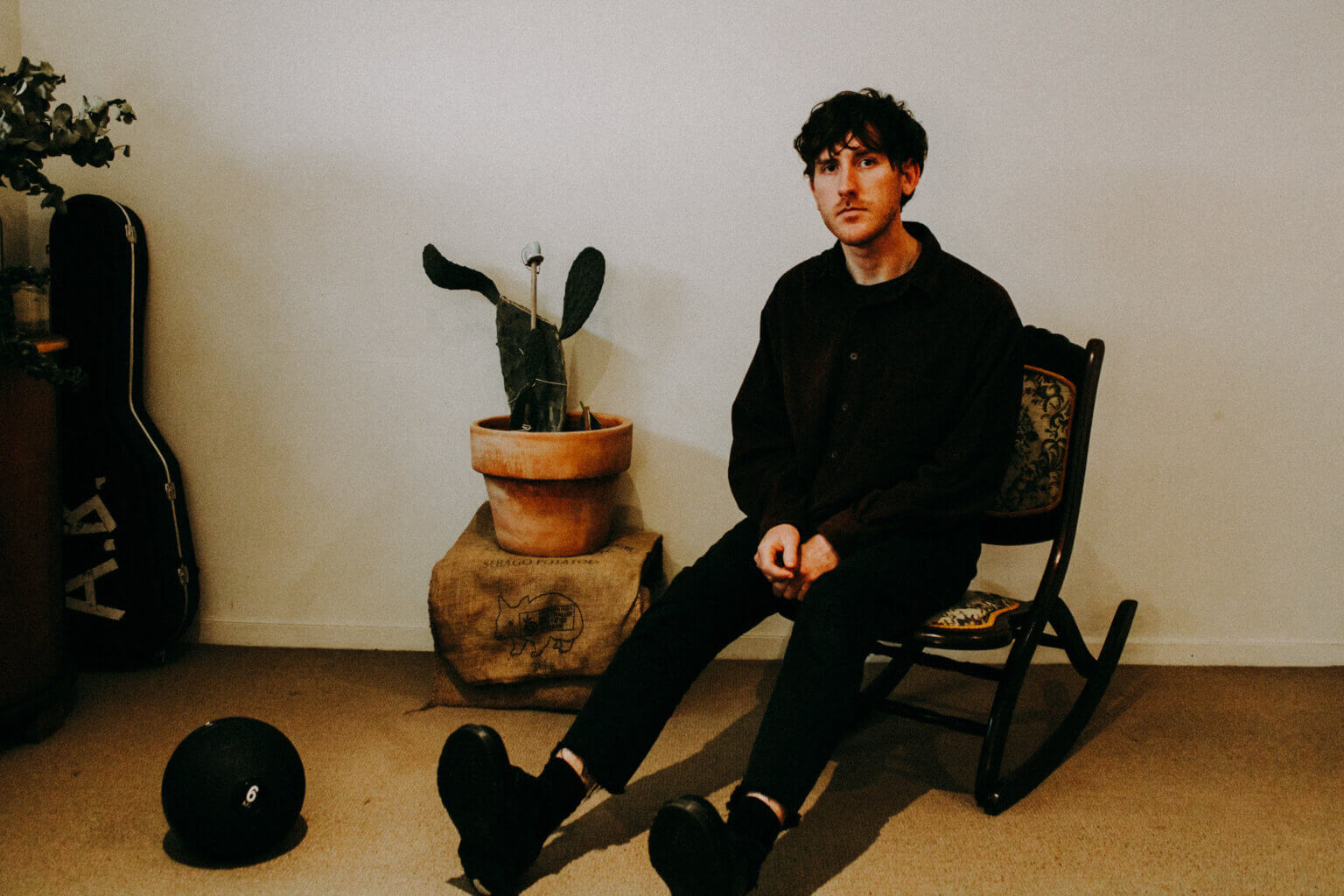 “I’ve Been Holding Onto You For Way Too Long” is about hanging onto the idea of someone after they’ve left the room, like you’re hanging onto their ghost or a husk like a cicada—all the insides gone, taken off, old here and new somewhere else—like an outline of dust in a road runner cartoon. The track is off Alexander Biggs’ forthcoming release Hit or Miss, which drops on February 3, 2021. The 27-year-old songwriter has supported Julien Baker, Frightened Rabbit & Evan Dando (The Lemonheads).

“I wrote it with my friends Sam Burtt (Sam Phay) and Will Cuming (LANKS) when I felt, secretly, like someone I cared about had long since checked out, like their spirit fell out of them in the night on their international flight, somewhere over the ocean.” explains Alexander Biggs.

“It’s really something else, for a collaborated song to mean so much to me. It’s something I experienced twice in the making of this record, and something I seldom ever experience in a co-write. I think it’s because I was just there with it, and deep in that feeling and I’m thankful Sam and Will were so accommodating to that and allowed me, and us, to follow it to its end.”

Self recorded and produced by Alexander Biggs, Hit or Miss was written and recorded in many places — from blanket fort hideaways in a noisy city to a suburban kitchen; the lively lounge room of friends of friends to a makeshift bedroom on the lounge floor of his mother’s house.