Interview With Jonathan From ‘His Clancyness’ 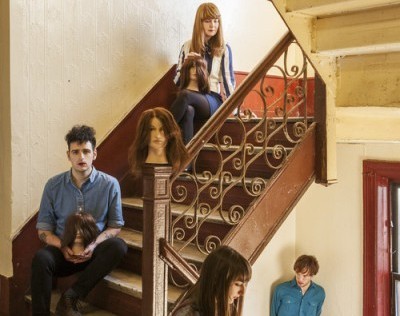 Alberto Dal Santo chatted with Jonathan Clancy from ‘His Clancyness’. Their latest album “Vicious” is now out on FatCat Records.

ADS: Your latest record “Vicious” came out October 8th. It’s a bit of a departure for you. Can you talk a bit about it?

JC: This album is really different from the things we did before. I’ve done Eps, singles, and Cassettes. The twelve songs that are on this album should really be heard together. I really worked hard to try and build a feel for the record. The other big difference on “Vicious”, is that it’s the first time that I played with other people. Before this record, I’ve always recorded everything myself. That created a difference in the whole sound. Maybe it is not a heavy record but more of an aggressive kind of record. That’s is probably why I I named the record “Vicious”.

ADS: The album was recorded in Detroit last year. Looking back, are things you would have done differently?

JC: It’s the first record I’ve done that I’m really really proud of one hundred percent. It’s easy, even in the past, to get bored or, after a few months, to want to go back and think about things you should have changed. I think sonically it’s one of the best things I’ve ever recorded, the studio was amazing and the guy we recorded with understood us well. I wanted the record to be longer and include all the songs that we had recorded in Detroit, but the band convinced me not to use them all. they thought the record might be too long. I think the record turned out in the best way possible.

ADS: How was your experience in recording with Chris Koltay? Did the city of Detroit influence your lyrics on the album?

JC: I think the two questions are connected, because one of the best features about Chris is that he really makes you live the atmosphere where you’re recording, and it’s not something that’s always obvious. For example, when things get tense in the studio he’s the guy who will say “Here are some bikes, go ride and go explore the city for a few hours”. So every day that was what we did: we would record three-four songs, then we go biking around Detroit. It’s a really rundown, destroyed city, where there’s basically no one around, it was really surreal. I think all those things started influencing me and making sense. I was trying to figure out what the record talked about. I started connecting to the city and changing some of the lyrics, rewriting them to fit the mood. Detroit is a very dark city and I think eventually it really affected the mood of the record.

ADS: You’ve recently signed for Fat Cat Record (UK). How is it working with them?

JC: It’s been great, it was a dream for me. Growing up, it was always one of those labels that I admired. They are a “career oriented” label. This is nice, especially now that there are a lot of new bands that have no time to develop. Today, a band puts out a song and goes on a website and signs a record contract; they then have to go to the studio and write twelve songs. Sometimes these twelve songs are not all good songs because the band hasn’t really had time to develop. Fat Cat is completely opposite of that, looking for something more mature. The guy who signed me is the guy who signed Animal Collective to the label. It’s nice to know that the band is in good hands.

ADS: His Clancyness was born as a solo project, now you are a band. What’s the transition been like from recording by yourself to collaborating live and in studio?

JC: At the beginning I have to admit I was really scared. It’s scary because if you’re used to recording by yourself and doing everything else alone, you get really overprotective of your music. I’ve been lucky that the people who play with me are my best friends. We’ve all known each other for six to ten years and always hang out together. It’s funny but, even before going to Detroit, they knew what I wanted, they knew the record, so it was easy. I’m not a big fan of solo artists, I like the idea of the band because of this reason. That’s probably why I didn’t call it Jonathan Clancy but called it His Clancyness. I know it is similar, but at the same time it’s like having a shield to protect you. On the other hand it’s basically my life, so it’s not like I can ever break it up. ‘ It’s not like something that has a time schedule. That’s the way it has always been, also for the EPs and the cassettes I did before: there was never a plan behind them and I want to try to keep that way.

JC: Between North America and Italy yes, between North America and the rest of Europe, less. From the Italian point of view there’s a very big difference, it’s hard here to sustain yourself making music. I always thought that in order to make music, you have to make up a life that will let you have time to make music. In the USA or Canada it’s much easier to have a part-time job and also be a musician. It’s a lot more socially accepted. In Italy everything is more rigid; even a bar will not be that happy having you there for two months and than taking off to tour. In the States, musicians are able to work for a few weeks, then go on tour and come back. It’s a lot easier. In Italy, there’s not a big tradition of rock music. Apart from that, I can say that we have a pretty good scene in Italy. We have a decent amount of people interested in independent rock, and we still have places in which you can play.

ADS: Did your environment and the places you lived in culturally affect your musical career?

JC: Yeah totally. But I always say that it’s more, the places where I don’t leave, that affect my music. I haven’t lived in Canada for a long long time now and it’s always a sort of inspiration for the fact that I’ve not lived there. So you can make fantasies on the places that you used to live in and they can like become special places. I can say that I’m definitely more inspired by the place that I’m not living anymore than the places that I’m living in.

ADS: How do you feel about being associated to bands like Deerhunter, Kurt Vile and The War on Drugs?

JC: I’m happy whenever those names get pulled around. I’m always very ambitious so I hope to create a role that will be as personal as possible. But what I like about those bands is that they are all bands that created their career based on 3-5 records. None of them started right away on Pitchfork or getting hyped by some other website. Those bands have been constantly writing, touring, and putting music out. They all have been getting better and better with each album.

ADS: Which five albums are still influencing you today?

On The Beach – Neil Young