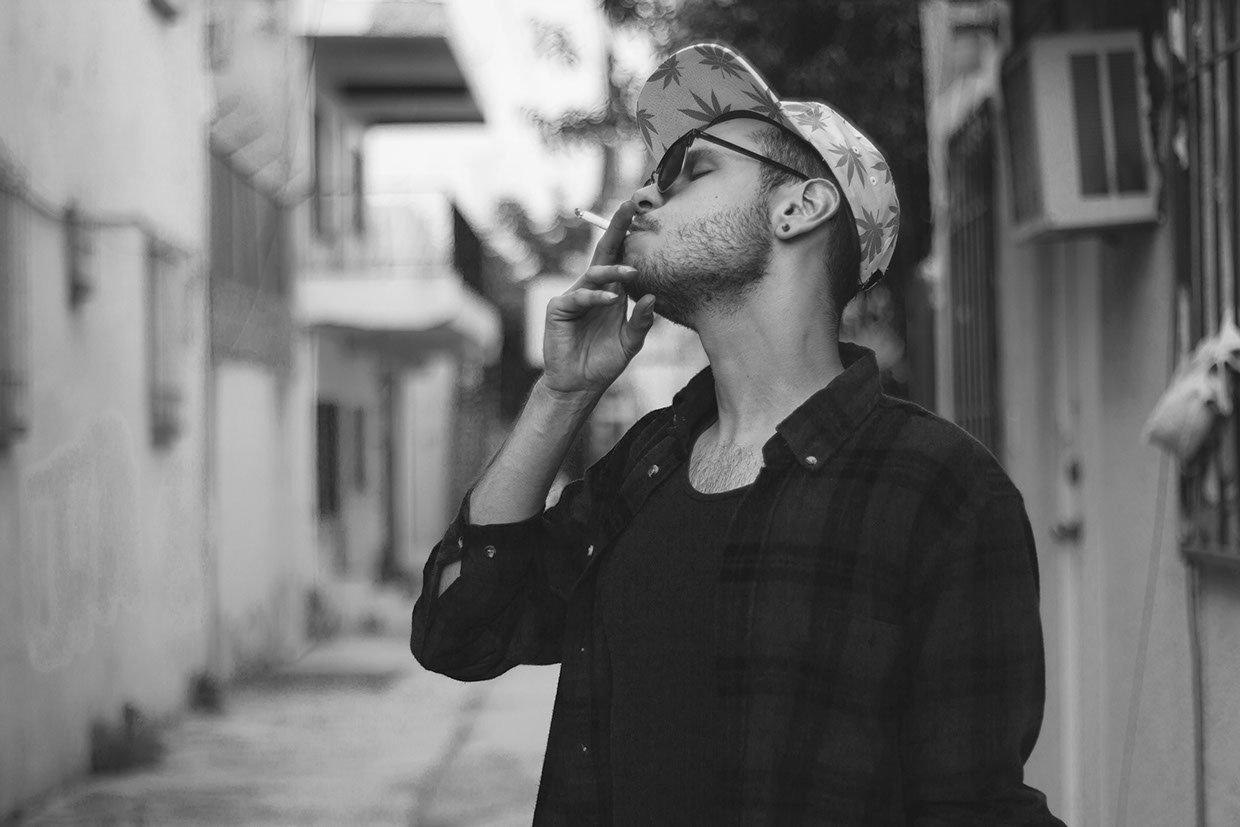 Diego Morales is an artist based out of Monterrey, Mexico. He performs under the pseudonym “Garba Zento”, and crafts a new approach to Mexican hip hop. His music contains psychedelic undertones, dance music beats, and unique rhymes. Garba produces and composes his own music, and just released an EP last month, which we discuss in this interview.

NT: Hey Garba, what are you up to right now?

Garba: I’m at a friend’s house in Austin, Texas. I came here looking for new stories to write about. I love Austin. I’m here all the time!

NT: Do you record there?

Garba: No, I actually have my studio in my garage, back home in Monterrey. Sometimes I record other places, but the garage is pretty much my sacred place.

NT: Where did your name originate from?

Garba: Garba is short for “Garbanzo”, in reference to chickpeas. I inherited the nickname from my friends when I was in high school. There was some stupid school project we were doing that required regular beans, but my mom gave me chickpeas instead because she didn’t have any. Hard to imagine a Mexican mom without “frijoles”, but we were out! I was actually being made fun of, but I didn’t mind the nickname, so it stuck.

NT: You’ve been in the Monterrey rap scene for a couple of years now. How did your music career begin?

Garba: I started when I was in high school actually, but things got a little more mature and serious about three years ago when I quit my job and devoted myself 100 percent to music. I started experimenting with different sounds. At first I started with a more pop-influenced, very Latin sound. It wasn’t my true vibe, but I guess this trial and error period is what happens when you’re seeking your identity as an artist. About two years ago, I met some really badass musicians. We instantly bonded, and they are now co-producing my material. They helped me evolve into a more developed sound and concept, and I’m constantly evolving still. At first it felt like a lot of fooling around, but we ended up making an awesome track that eventually led to a full EP.

NT: Your new EP is called “La Niña (the girl), la Piña (the pineapple) y la Santa Maria (the Saint Mary).” This is clearly a reference to Christopher Columbus’s three ships used during his voyage, but can you explain it a little bit more?

Garba: Well, the title is a play on the ships, but the only thing really in common between the EP and the ships is the voyage part. I wrote the entirety of the material during a trip in Austin. It’s not only about the physical trip, but the mind trip as well. There may or may not have been lots of drugs involved. I was at a house party during the late hours of the night. The house had 1970s earth-ship architecture, and was in the shape of a dome. I had eaten some LSD and at one moment I looked up and saw a beautiful girl smoking weed out of a pineapple bong. In Mexico we call marijuana “Mary Jane”, and that’s how the “Santa Maria” fits into the title.

NT: Do you have any routines involved with your writing?

Garba: Well, yes and no. I really don’t have any specific creative process. I do get inspiration from my trips and the people I meet. Most of my writing takes place when I’m alone in my studio journaling rhymes, and feeling beats.

NT: Now that you finished your EP, what’s next for you?

Garba: Last year I had the chance to collaborate with 60 Tigres at a SXSW Showcase. It was a pretty silly set, but afterwards I connected with the guitarist from the band and that let to me being involved in his side project, Mr. Raccoon. Also, now that my EP is finished I definitely want to go out and play more.

NT: Are you planning on releasing new material in English anytime soon?

Garba: Sure. I’m currently working on new material for next year. I’ll be releasing a few singles at the end of this year as well.

NT: Your music is difficult to categorize into any specific genre. Do you find that you fit in a specific space in Mexico?

Garba: No, actually I’m trying my hardest not to fit. When I started I was just a kid with dreams of becoming a rapper. I remember I worked hard to buy good equipment and record my own songs. Eventually I grew out of the Mexican rap scene, and many of my friends remain there still. My tastes changed, and I started experimenting with a more electronic/psychedelic vibe, while still swimming in the hip hop pool. My scene is definitely not specific, and my genre is not something I want to categorize.

NT: Can you tell us your top records right now?

Garba: Dark Side Of The Moon by Pink Floyd, Yeezus by Kanye West, Good Kid, M.A.A.D City by Kendrick Lamar, Wonder Where We Land from SBTRKT, and Lost in the Dream from The War On Drugs.

NT: What direction do you see yourself headed in the next couple of years?

Garba: I don’t know. I guess that’s the beauty of existing! You don’t actually know what’s going to happen, and life is too short to think too much about it. 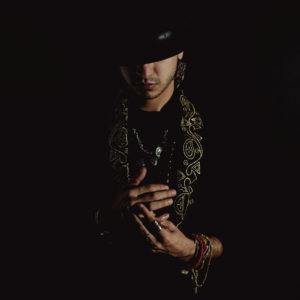