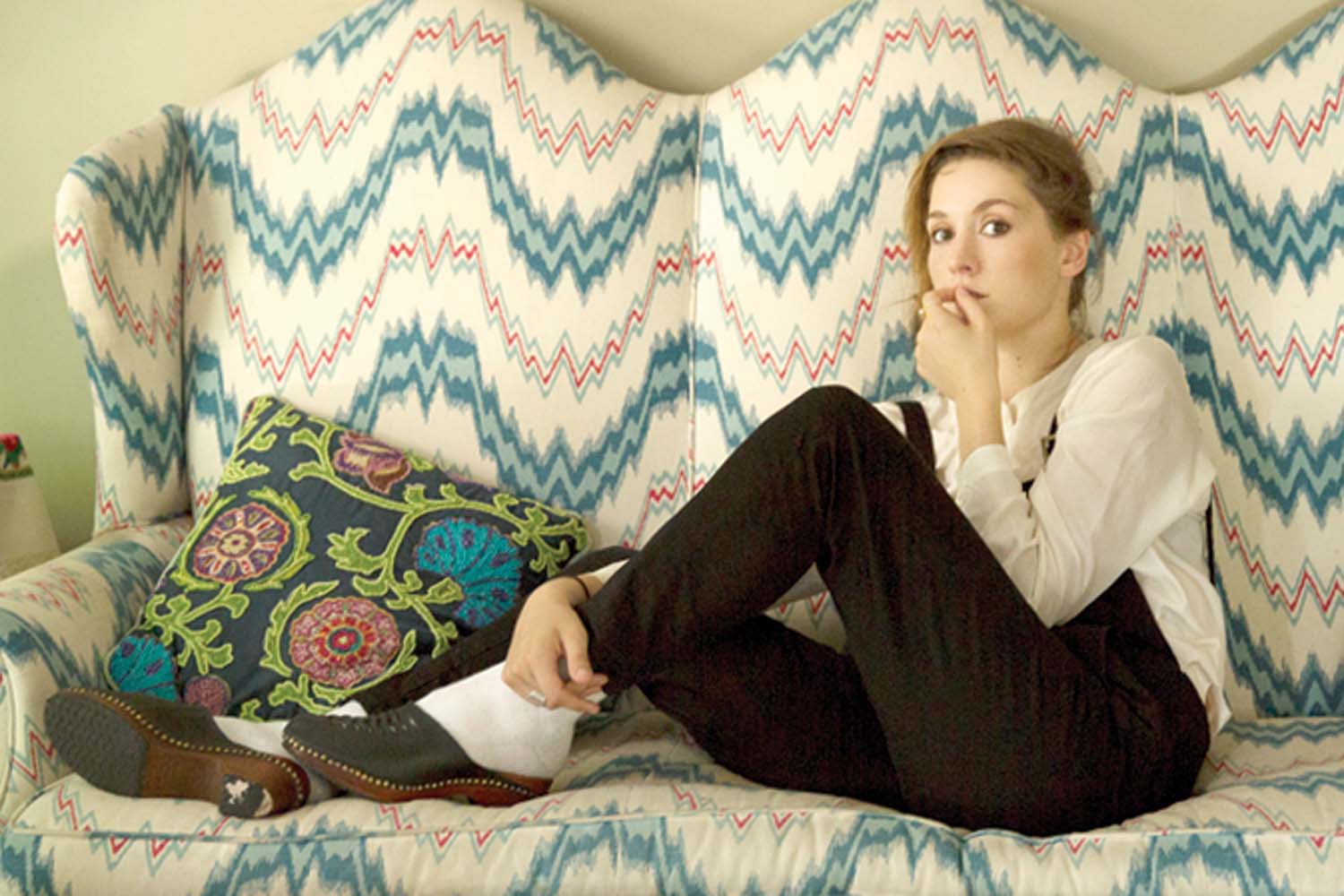 Ever since the opening strums of 2007’s “No One Can Drag Me Down”, Welsh singer-songwriter Cate Le Bon has built a steady group of devoted followers, always keen to piece together the puzzles hidden deep within her lyrics. Although it’s been three years since her last solo record (Mug Museum), Le Bon has kept busy with her side project DRINKS, with which she released the incredible Hermits on Holiday album in 2015. The DRINKS project was a reinvigorating experience for Cate Le Bon, so much so that she created a new holiday called Crab Day. Her new album, titled Crab Day, will be released on April 15th, and we reached Le Bon at home in California to discuss the upcoming release:

Northern Transmissions: Stylistically, Crab Day is very different from Mug Museum and sounds more experimental. What was the biggest influence behind the new sound?

Cate Le Bon: I don’t think it’s new necessarily, I think it’s more that it’s been three years since Mug Museum came out and I’m three years older. I think that my love of music was reignited after I made the Hermits on Holiday album with my friend Tim Presley in 2015. That project got me over some fatigue and was reinvigorating. Making the record with Tim was me realizing that I could make something because I wanted to, not because I had to. We didn’t have an audience and we didn’t expect an audience, so that gave us some freedom creatively and it was a truly joyous moment. I wanted to take that approach to this solo album, and that’s probably why you can hear a lot more abandonment and freedom becoming expressed.

NT: I wanted to ask about the album title, what is “Crab Day”?

CLB: For all intents and purposes, I guess it’s a made-up holiday that can mean different things to different people. Some people can celebrate it, and others just let it pass.

NT: Are there any rituals you have to perform for this holiday?

NT: Crab Day is your fourth full length album. Has the songwriting process for you changed at all or developed through the four albums?

CLB: Yeah I think a lot of the changes come from growing older and caring less about exterior forces and having people to please. As you get older you get to think more freely about yourself. I’d say that previously the music I was putting out was more reactionary, but over time I’ve found that you don’t need to moralize things, you can just let things be how they are. Songwriters should really let things fall wherever they land and not worry too much, but it takes time to allow yourself that freedom.

NT: You’ve said that the album was “lovingly formed in the mouth of the Pacific Ocean, as it quietly mocked us with its magnitude”, but the album sounds nothing like a classic Beach Boys Pacific record. What about the ocean inspired you the most?

CLB: I think it was this idea of how in life some things can be very important to you, but you shouldn’t ever expect it to be important to other people. With the ocean staring at us while we made the album, you could tell that everyone was seemingly moved at the same time. We recorded in a beautiful location and it was a very joyous time making this record. In all honesty, it was one of the best times of my life. With the process of making an album, you’re making something that’s very important to yourself, but every time I looked out at the ocean I realized that the music is not really that important in the grand scheme of things, and that was kind of comforting.

NT: How much of a workout was the Wonderful video?

CLB: It was pretty grueling because it was absolutely freezing cold and just before we started filming I had a bowl of pasta and was given some whisky to warm up. The combination of erratic movement, pasta, and whisky made me throw up quite a lot – but it was inevitable.

NT: What made you choose that concept?

CLB: It was just complete abandon. The video is not about looking good or glamour or doing anything really, it’s about expression and there was no life around other than just me.

NT: My favourite song on the album is “I Was Born On The Wrong Day”. What does that song mean to you?

CLB: The genesis of that song was that my birthday was celebrated on the wrong day for six years of my life, and when you’re six-years old you think that it’s the end of the world when you’re told that your birthday is a different one from the one you thought. The song is also an extension of the idea of a calendar and being able to separate yourself from the constraints of time.

NT: How has the Banana group helped push you further as a performer and musician?

CLB: It’s such an incredible experience working with these friends. They’re some of the best musicians I’ve ever played with, and it’s amazing to have access to them because I feel like I’ve won the lottery having them back me for some shows. It’s lovely because they allow me to translate my music into a live performance and make the shows sound more like the albums. I feel pretty lucky.