Interview with Max Bloom from Yuck 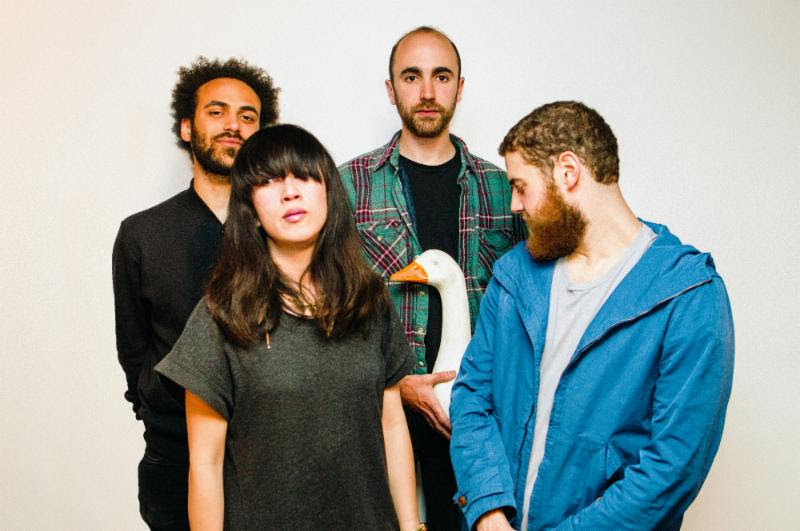 Most bands have no choice but to break up after the loss of a lead singer, but most bands are not Yuck. The UK rockers have released an album and an EP since the departure of Daniel Blumberg, and last week they released their new single “Hearts in Motion”. Fronted by gifted guitarist Max Bloom, the band is releasing its third full album, Stranger Things, in late February before touring the United States and Canada in the spring. We reached Max Bloom at home in London.

Northern Transmissions: The new album Stranger Things (out February 26th) sounds a lot more energetic than the Southern Skies EP, was there anything that changed in your approach between the two?

Max Bloom: I was listening to a lot more UK postpunk in the lead up to making this album, which is probably why it sounds a little bit less depressing. With the second record and the EP after that, I was listening to a lot of Wilco, Jim O’Rourke, Grand Daddy and stuff like that. It was also just a different time as well; I sort of felt that was the music I wanted to focus on.

NT: You’ve previously recorded albums in your family home and in a church. What was different in the recording process for this album compared to the previous EP and album?

MB: We recorded this one in my family home as well. Not really out of choice, but because it’s the only quiet place that I have access to in London. It’s also the only place that’s free, so I can work at my own pace. The recording process for this album was a lot more relaxed, I didn’t have to think about time or money. Recording in a church was a very different experience because it was really in the middle of nowhere, there was no escape. If you wanted to get anywhere at all you had to drive for quite a bit. The church really started to feel claustrophobic by the end. When you’re recording at home, you can work until the evening, then go out for a drink or whatever, so it’s a lot more relaxing overall.

NT: How extensive is your home studio?

MB: I don’t really have a studio at home per se, it’s mainly amps and microphones. All the guitars were done using one microphone. My approach was really just to get the different parts down and to not really strive from what we do live. I wanted to stick to the main elements of our sound and not really go beyond that. It was really easy to do.

NT: On your last album you worked with an outside producer, what led to the decision to self-produce Stranger Things?

MB: Last time I wanted to try something completely new by working with an outside producer, but it was pretty stressful working with someone else. I would never have anything bad to say about Chris Coady who produced it, but for me I sort of need to be able to work at my own speed and in my own way. I didn’t know what the experience would be like, I guess it wasn’t exactly how I wanted things to be.

NT: How many times do you still get asked questions about former lead singer Daniel Blumberg leaving the band, and when do you think it’s going to stop?

MB: I don’t think it will ever stop. It’s kind of died down because it’s been quite a long time, but I can’t really see it stopping. Even if it stops in interviews, people will still think about the band in that way. I’m not really upset about it in any way, I always think that if I was a fan of the band I would probably have questions as well. It’s a fair thing to talk about as a fan, but I don’t know, I can’t really see it ever stopping.

NT: Did it take a long time to get comfortable as the lead singer?

MB: There was a learning curve that I probably wasn’t aware of. Generally, there’s a lot of pressure in terms of standing in someone’s shoes. It’s natural to kind of ask questions like, “am I good enough?” or “are people liking this?”. It’s been fun, but it’s taken time to be 100% comfortable.

NT: What song on the new album are you most excited for fans to hear?

MB: I really like the song Mariko [Doi, bass] sings called “As I Walk Away”, probably because I don’t have to listen to my own voice. It was quite influenced by Mariko’s solo stuff and it was also the first thing that Mariko and I really did together, so it means a lot to me. I love playing it live because I get a break haha, I can sort of watch Mariko do her thing which is quite nice.

NT: There are always lots of comparisons between your band and the 90’s alt-rock sound made famous by bands like Sonic Youth and Dinosaur Jr. Who is one 90’s musician that you would love to play on one of your albums?

MB: I think I’d want to get Nels Cline from Wilco to play guitar and just solo non-stop. He’s insane. I saw Wilco live a few years ago when they headlined the End of the Road festival in England, and I found it so funny that whenever Jeff Tweedy wasn’t singing, Nels was soloing. I’d also really like to play with Scott Plouf, the drummer from Built to Spill. I think he would be good to play with just because his drumming is very laid back and solid at the same time.

NT: David Bowie passed away a week ago last night, as a British artist, what did Bowie mean to you growing up?

MB: Coverage of his death has been pretty non-stop in the UK. Everyone’s been really down about it. It feels like the inventive and creative side of music died along with him, there will never be anyone like David Bowie. He just meant so much to such a broad group of people. People can like Madonna and David Bowie, or people can like Brian Eno and David Bowie; he fits into so many different categories. I got into David Bowie when I was about 16, but he had always been a household name before that, it was kind of like he was always there. The fact that he was still able to create such incredible music until his death speaks volumes. I’m still sort of in mourning. 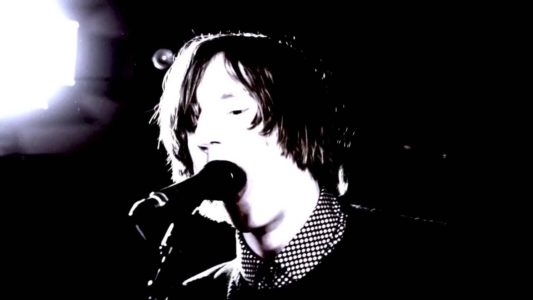 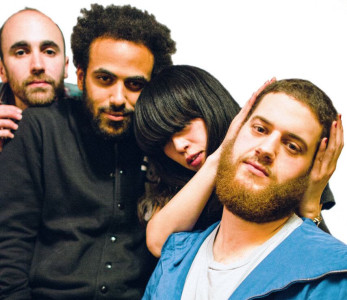