Interview With Dan Boeckner From ‘Operators’ 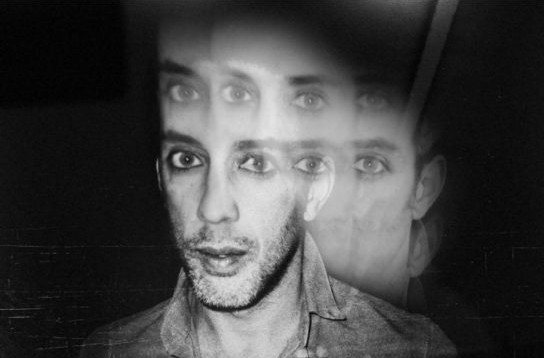 Dan Boeckner is having the time of his life right now. After playing in bands such as Wolf Parade, Handsome Furs and most recently, Divine Fits with Spoon’s Britt Daniel, he is finally at the front of the stage Operators. Leading, composing and liberating himself are the kind of words used in our conversation with a musician that isn’t afraid of taking risks. He’s a new convert to Ableton and its hardware controller Push, but he will never let go of his love for old synthesizers, drum machines and guitars. In response to the positive reception gained by the first Operators EP, he plans to tour even more (no small feat, considering Boeckner played 100 shows last year) – including a possible South American tour to coincide with the release of an expected full length later this year. Dan is the kind of person that you want to talk to for a long time. Stay with us in this great interview for Northern Transmissions.

NT – How was the last year for you? How did it go?

Dan – It was good. I mean, it was a pretty crazy year, it went by it really fast . We did a bunch of recordings at the start of the year in Montreal at a studio that I like to work at. You know, I used to live there. It was my hometown, so it was kind of bittersweet for me to go back, see all my good old friends and wander around the old neighborhood that I used to live in. After that we kind of thought that things would slow down, but we started to receive a lot of show offers and then one show turned into one hundred shows. By the time we finished touring, it was Christmas, you know? We went to Europe on that tour, and I wasn’t expecting to go Europe last year, but we went and it was great.

NT – How have your former fans received the first new EP?

Dan – I think they’ve been pretty receptive. I was a little surprised by it. Live, there are some trance elements that we put in our music, and people dance. The live versions are longer as well, and we kind of build them up like house tracks. People have been into it, so I am happy with the results of the band and its reception.

NT – Your music has always been a hybrid of rock and electronic. What are the main inspirations for the sound that you make?

Dan – For Operators, I was listening to a lot of James Holden and a bunch of South African techno. I’ve got this compilation of South African house music and we really cracked our way into it. Sonic Youth have always been a big inspiration on the rock side. The Clash was one of my first favorite bands. For the electronic side: New Order and early acid/techno from Chicago and Detroit. I use a lot of references to raw punk and electronic that came about in the late 80’s and early 90’s.

NT – Nowadays, what do you think of labels such as DFA? They have a similar sound to what you been making recently.

Dan – I like DFA a lot, because they’ve never really done that thing that a lot of labels do when they become successful: expanding quickly to sign bands that don’t make any sense. I mean, I like everything that they’ve released. That Factory Floor LP was great, and at the same time they were releasing 12” singles, and that is awesome. They are legit. You know that everything they release will be cool, and they are really consistent with their output. They’re not aiming for the next big thing. You know what you’re gonna get from them, and I like it.

NT- In your earlier projects (Wolf Parade, Handsome Furs, Divine Fits), you’ve always shared the stage with other singers and composers. How does it feel to be in the front row, being the true leader of Operators?

Dan – It feels good on stage. We did some shows with Future Islands on the east coast that were in pretty big venues, and it was nice to be in front. I don’t play guitar all the time in this band either and I think that’s a big thing for me because I can move around, walk around the stage without the guitar, then walk back to it and pick up. Usually in my other bands I had the guitar on all time, so physically, it keeps you in one spot. You always have this thing on you. I’ve been enjoying it, man. I really like being able to engage with the crowd in a different way than I’m used to.

NT – Operators is more pop/dance-driven than your earlier groups. Do you think that this band is liberating for you?

Dan – Yeah, I do. Actually, that’s a good way of putting it. It’s totally liberating! When I was in the studio writing and composing, and later with the band, I didn’t consciously think about it but I felt like there were no rules. If we write a pop song, we write a pop song, you know? We weren’t overthinking it, like “how can we make this more arty or weird?“. If the melodies and the harmonies were good we just went with it, so it feels good to be in this band. I mean, I’ve always enjoyed pop music, even though I’ve never been able to make it in a way that is radio friendly. I definitely like being able to work within that format.

NT – With Divine Fits, you could do just about anything that you’ve wanted because of its exposure.

Dan – Yeah, Divine Fits was a platform for me and it was a weird time in my life because I had just got divorced when the record was being made. I accidently moved from Montreal to Los Angeles, I was living in this new city, just kind of weirdly alone. It was like a film noir or something. I was living in this apartment with just my drum machines, my guitar and my computer and cigarettes (laughs), not sleeping and wandering around in L.A at night. Out of that and the tour with Divine Fits, I went to a pretty good place where I could start Operators and kind of be free, you know?

NT – It is curious when you mention that you were recently divorced during the Divine Fits recordings, because compared to Britt your parts are much darker.

Dan – Yeah, that was a dark time in my life and I had to reflect it in my music. I don’t think I am able to write fiction in songs. I usually write about something that’s happening to me. It’s theraputic, so I’m lucky to do this as my job!

NT – How was working with Britt Daniel?

Dan – It was great. I mean, he is one of my all time favorite songwriters, and I really like his writing process. We would wake up early in the morning and start writing, he would maybe work with something at the piano or I would be working in a drum machine or guitar. We would bring the songs together and then immediately start taking pieces away from them. We would just chip it away until we felt like “this is the main part of the song“, maybe a bass line, a drum beat or a vocal melody, and then we would build it back up again. I like that, and I’ve started incorporating that into my own workflow.

NT – Can we expect a second record from Divine Fits?

Dan – Yeah, definitely. I think Spoon is going to do some festival touring this year, and Operators is going to release a full length with a surrounding tour. When it all comes down to it, we will definitely get together and write another Divine Fits record.

NT – I’ve seen a few reviews that consider the Operators EP a risky effort on your part. Do you think that as you get older it gets easier to take risks in life?

Dan – I think it was a risk, but many people take fewer risks as they get older. I have some friends that just settled down when they got older. I think for me personally, I have to fight that. Everything I’ve done in my musical career has been a risk in one way or another. Putting out the first Wolf Parade record and then quitting my job. What if people didn’t like it? I would be broke and possibly living under a bridge! The same thing happened when Handsome Furs started. Even the record label we were on kept saying to me, “are you sure you wanna do this?”. I think that to keep life interesting to myself, I have to keep taking risks, you know? I don’t wanna stagnate (laughs).

NT –Operators is a synth/hardware-heavy band, and performs without laptops. What is the inspiration for a more organic approach to electronic music? Are you bored with current electronic music, or people producing exclusively on a laptop?

Dan – For me it’s just a personal decision than a thought about the current state, you know? My music background comes from playing guitar and synths live, not a lot of software, you know? I like using hardware and I also like not having the screen up, so it’s really nice for me. I’ve got to say, I’ve been recently getting into Ableton. I bought the Push controller for the DAW which is the hardware interface. I love it man. I’ve been using it with my modular synth gear and my hardware, it works really well with it, and I use it as writing tool. I write parts and then arrange them in clip mode for shuffling it around. After interacting with the Ableton community, I think laptop production has liberated people for not having to spend shit money on hardware, because hardware is expensive. Who can afford a 909? It’s like 2000 dollars, you know? If you don’t live in Europe, North America or Japan, you should forget about it, because it’s way more expensive.

NT – When we will hear the LP from Operators?

Dan – Later this year, for sure. We will put a new single in about a week , so we are slowly releasing stuff that we’ve recorded last year, and we are recording a bunch of new stuff right now for the LP.

NT – Lastly, what we can expect from the band this year? A great tour, and the new album. You should go to Brazil as well.

Dan – I really want to go to Brazil, man. That’s our plan for the year: releasing the record and touring. I went to Buenos Aires a couple of years ago. I had never been there. It was fantastic, and we really wanted to go to Brazil but it didn’t work out. For me, ideally, it would be great if we could do a South American tour with the release of the LP.