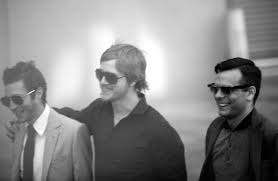 After the announcement of the August 24th release of their new full-length Maurauder. Interpol have confirmed another run of tour dates. In addition to previously announced shows at Madison Square Garden, Royal Albert Hall, and Hollywood Bowl, this new run of dates will bring Interpol’s live energy to major North American cities this fall, with further UK and European dates to follow. Fans that pre-order Marauder directly from the Interpol store will get first access to ticket pre-sales for the new shows, and the full list of tour dates can be found below. Tickets go on general sale at Friday, June 15th, 10am local time. Sunflower Bean and The Kills will be opening select dates in North America.