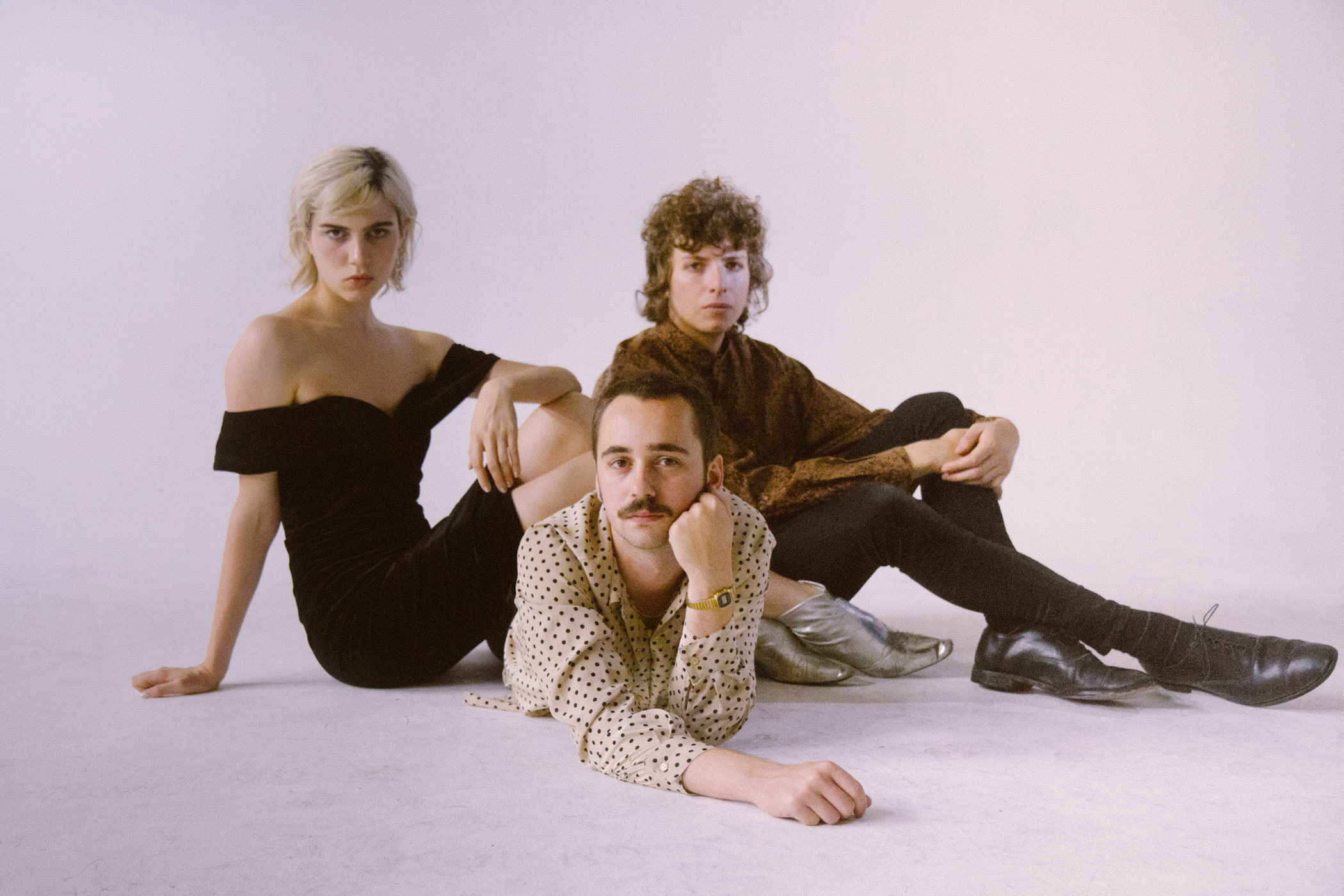 In our connected age, sometimes turning inside and avoiding what seems easy can be the biggest protest of all. For New York’s Sunflower Bean that meant keeping their record Twentytwo In Blue a secret and letting themselves really experiment until they got the album they wanted. Whether it was dealing with modern politics, inspiring personal growth or just finding an emotional core that people could latch onto they managed to make a sophomore record to be proud off. We caught up with singer and bassist Julia Cumming ahead of their May 4 show at Petit Campus to discuss their new record and a Fleetwood Mac influence that you wouldn’t expect.

NT: Twentytwo In Blue feels like a much tighter record than Human Ceremony, besides an overall touch of classic rock, what lead to this focused sound and do you feel like perhaps just maturing into your twenties might have changed your perspective?
JC: I think it was very natural. We’ve always been a band that has done a lot of touring, and a lot of bands we admired were great live acts. I love going out into the crowd to mosh and head-bang. After touring Human Ceremony so much it felt like there was more we could do ourselves as songwriters. It was in there but we weren’t sure how to access it or even when to do that. It really just became about looking at things in a different way and go deeper into ourselves.

NT: You also spent a year versus a week in the studio with this record?
JC: The amount of things that go into a record, even when you go quicker, is immeasurable. This time it wasn’t necessarily that we had the luxury of being in a studio for a year because we weren’t. Mostly we pulled away from a lot of things. People wonder why there’s not a lot of great art coming out of New York City right now, and I think some of it is that everyone is running, all the time. Every night you’re trying to go to the next thing, there’s that kind of vibe. We pulled away from that and started working on this record without telling anyone about it. We just wanted to feel like that was like and just get out of the hustle and bustle.

NT: What does Matt Molnar bring to the process for you guys as a producer and what did Jacob Portrait bring a long this time?
JC: Jacob is more of a sound and vibe person, but he was really good at helping the songs feel like they belonged together. He was also really good at making each song feel unique which is really important for us because as a rock band right now you’re trying to sound fresh. Molnar is really great with bands at just getting things out of them, and helping see what they are even if they can’t. So having Matt help us see things more clearly and then J.P. really work on getting the sound in a good place was really important for us.

NT: You’ve talked about wanting to make songs that feel like they can be your best friends (like Velvet Underground) so what do you think is integral to that in the writing?
JC: It’s really thinking into your own humanity. I feel as humans we have a limited range of emotions that we can feel. That doesn’t mean it’s not deep, but it means we have feelings that others are feeling and if we can tap into that in ourselves, maybe it will connect with other people. On the record, I have a tendency to write to someone, which ends up as me writing to myself. So there ends up being these kind of pseudo-mantras in choruses on the record, and as much as I’m saying them outwardly, I’m saying them to myself. It’s really about trusting that feeling because in the digital age we have so much communication with our fans, so we hear all these reactions to the record which is the coolest experience.

NT: I also thought it was interesting to hear that you were especially influenced by the experimental aspects of Fleetwood Mac’s Tusk considering how much this album seems to resonate with their style of harmony and melody?
JC: So much of what can make something special and interesting, especially in rock history, is the context around it. I love Wild Honey and Smiley Smile, along with some of those later Beach Boys records because you can hear Brian’s struggle. I feel like you can hear that on Tusk, because it was considered a failure compared to Rumours. Going through that record is daunting, and we definitely didn’t want to make a crazy double record as our sophomore by any means. It was taking some of that spirit, and not being afraid to speed up or slow down or using double drums, and just carrying that into a pop setting.

NT: How do you think your constant rejection of the industrial norms factored into this idea?
JC: It’s funny because it makes so we don’t fit into any trend or moment, which is its own sort of freedom. There’s an unspoken bond between the three of us that the music would focus around the guitar, because the guitar is a huge part of what made us fall in love with music to begin with. A huge way we’ve tried to define ourselves is creative guitar music that fits into now but has a sort of longevity. You have to capture a moment without being so stuck in it that it will sound embarrassing years from now.

NT: What inspired you to start Anger Can Be Power and how has the organisation evolved?
JC: We started in October so it’s been less than a year. I was really trying to figure out what I could do to protest beyond the ways we’ve been told that we can protest. As musicians we get asked to play benefits, which didn’t feel like enough, so I was trying to understand what I could do that was helpful. I wanted to channel my experience with live events into community building and education. I’ve held three events and moderated some others, I’m planning something for the end of April that hasn’t been announced yet. I have a great team of people to support it and volunteer their time for it, which always surprises me. It’s about trying to find a place to that’s safe to express how you’re feeling, because when you’re isolated you’re powerless. Having these conversations with women who’ve run for office and are activists is empowering. I’m trying to prove that you don’t have to know everything to start something, you don’t even have to know where it ends. I’m hoping to inspire people to do things outside of their comfort zones because if more people did that, the world would look different.