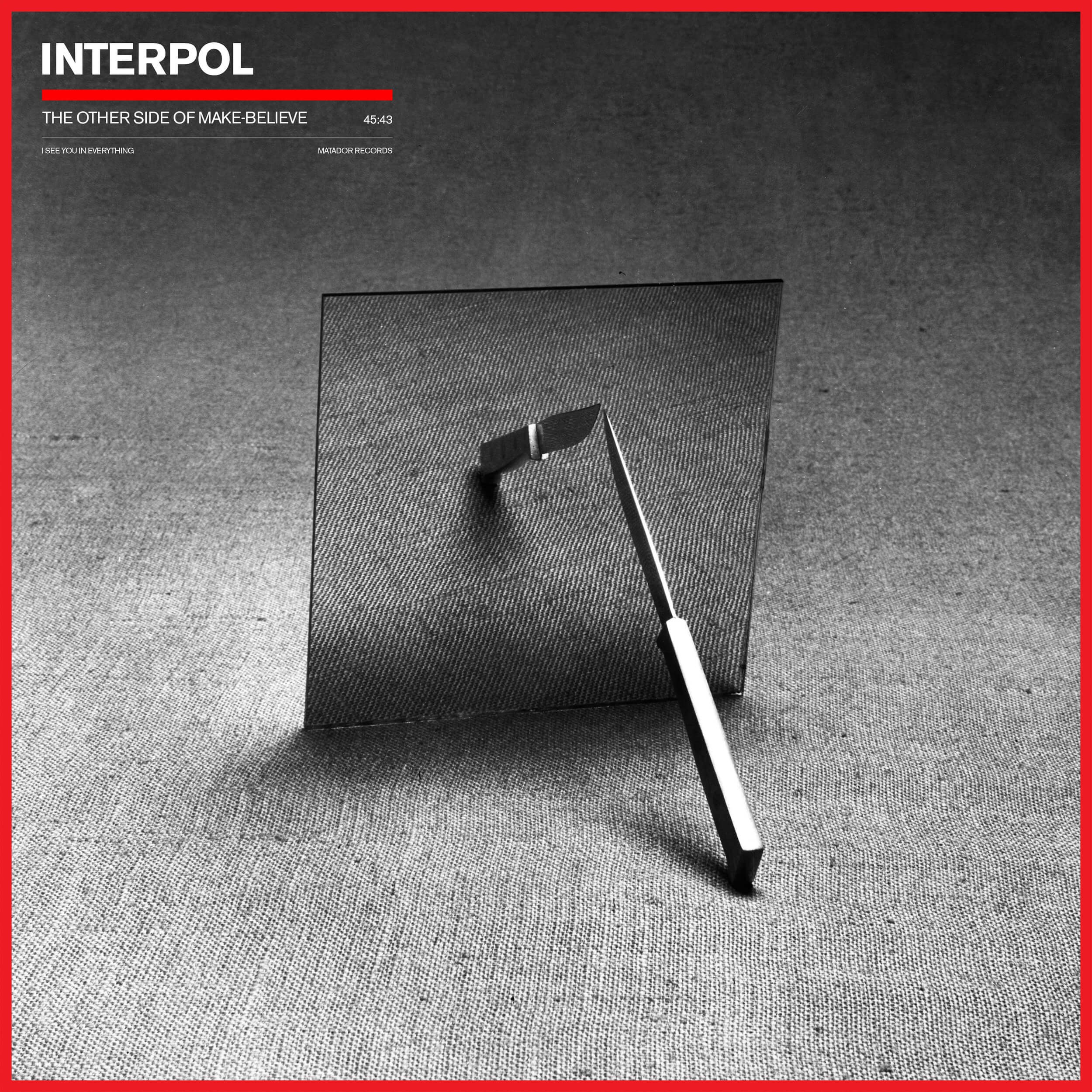 The Other Side of Make-Believe

Interpol has come a long way from the dingy venues of the Lower East Side in the early 00s. Their debut album, Turn On The Bright Lights, was a slow burn success. Released in 2002, the bands brand of moody post punk and finely tailored suits made them stand out from their contemporaries and the rest is rock n roll history.

Six albums later, a handful of side projects and a significant line up change hasn’t dulled the band’s sensibilities in the slightest. Their new, seventh studio album, The Other Side of Make-Believe captures the group a little bit lighter than they have been in previously but that’s not to say there isn’t any darkness skirting around the edges of the songs. Produced by Alan Moulder and Flood, the album sounds wonderfully crisp and showcases a band that still has something to say.

Kicking off with “Toni”, which retains all the touchstones of what fans of the band have come to know as the Interpol sound. Jagged guitars come in and out of the mix and the hi hats sizzle and the kick drum retains a steady beat. When vocalist Paul Banks sings, “The aim now is perfection always/The aim now is fuckin’ leave it behind” it feels like the albums mission statement. The follow up track “Fables” doesn’t waste any time. It feels like you are thrown right into it with Bank’s soft baritone coming in right off the top. The song, with its bright chorus and bouncing hip hop beat feels very fresh for a band seven albums into their career. The band has even referred to it as a “summer jam” and coming from a group like Interpol, it’s a welcome surprise. Throughout the album Interpol subtly jumps between genres, without sacrificing sounding like themselves. “Into The Night” embraces their 80s post punk proclivities with a healthy amount of chorus on the bass and an intricately loopy guitar line while “Mr.Credit” wouldn’t feel out of place on a 90s alt rock compilation with bopping guitar heavy intro. “Something Changed” is the album’s highlight. Initially, the swung feel seems a little too whimsical for a band like Interpol but Banks balances this with an amazingly strong vocal melody and performance that allows the song to creep into your heart.

It’s nice to see a band so long into their career seeming like they actually care about what they do. While The Other Side of Make-Believe probably won’t light the music world up like the bands first couple releases, it’s such a strong addition to an already strong repertoire of music that fans, old and new alike, will all have something to celebrate.

Pre-order by The Other Side of Make-Believe Interpol HERE