Scottish band Catholic Action recently release their LP Celebrated by Strangers via Palo Santo Records. They’ve also shared the album single “I’m No Artist.” A new wave, futuristic beat drives the song’s chaotic and cathartic resound as frontman Chris McCrory chants, “I don’t feel creative / I’m not great with words / Withhold your ideas / Don’t sing with conviction / I’m no artist.” Behind a fuzzed-out chorus and avant-garde guitar solos is a track where instinct and the masterful control of one’s surroundings exist in unison.

The hypnotic, rib-rattling record is armed with politically pointed lyrical daggers and powerful arena-ready licks. Indebted at times to the progressive ‘70s influences of Eno, Fripp and Talking Heads, Celebrated by Strangers is ultimately the sonic statement of a band inspired by the mire of the now, with a sense of humor, hope, change and proactivity. McCrory adds, “We’ve made a record that embraces the negatives – both from a musical and social/political standpoint – sees the humour in them and ultimately turns them into something positive; be that a better outlook, or progressive political action.” 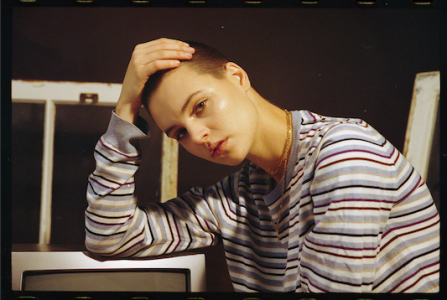