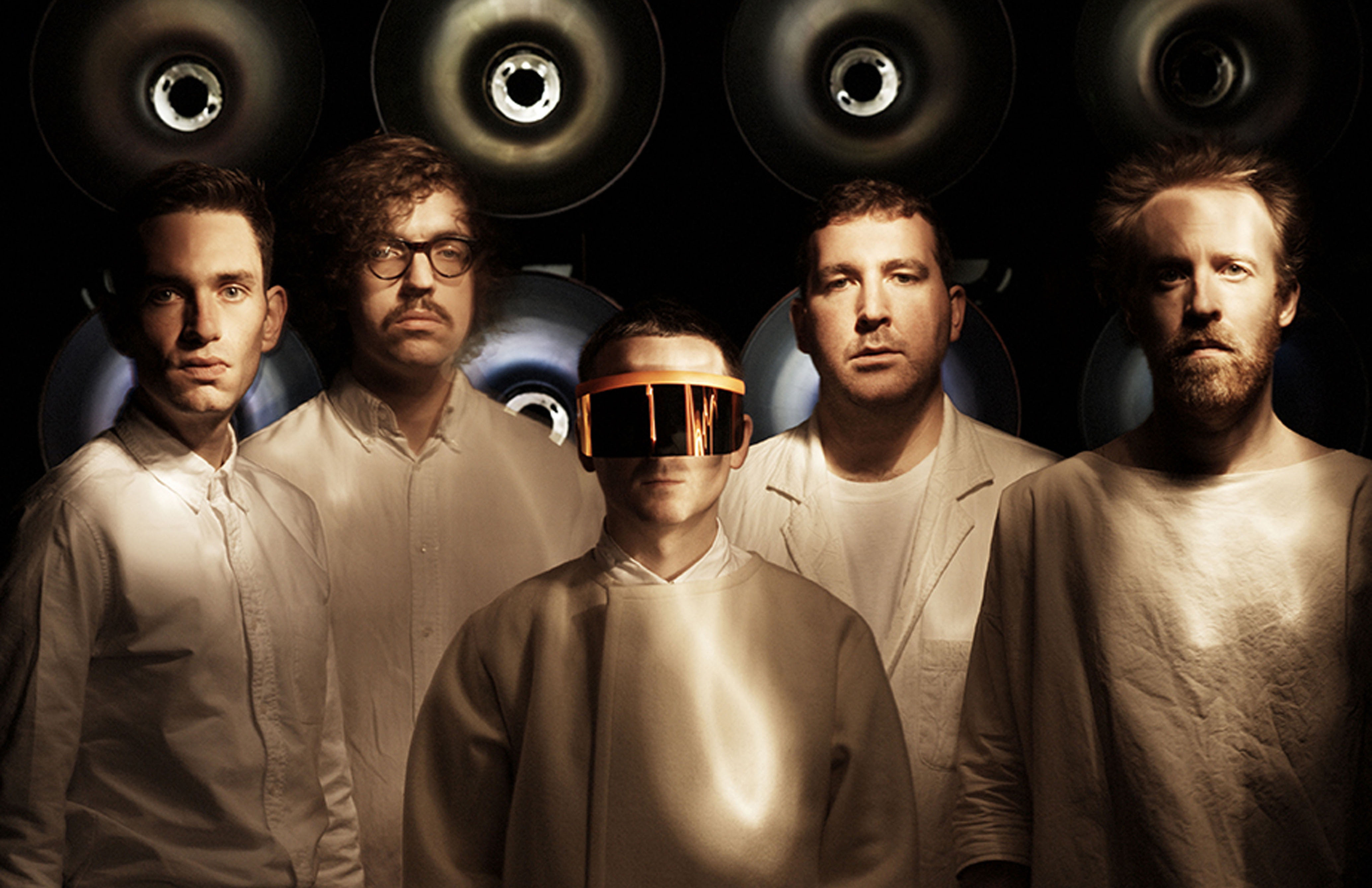 Hot Chip are to release a brand new four track EP entitled Dancing In the Dark, this Friday October 23rd. The EP opens up with the band’s seven minute version of the Springsteen classic, which they performed live during their triumphant headline sets at Glastonbury, Governors Ball and other festivals over the summer. The EP also features a reworking of ‘Cry For You’ taken from their recent album, Why Make Sense?. Both tracks wererecorded by the seven piece live band, which includes drummer Sarah Jones and multi-instrumentalist Rob Smoughton, at the legendary RAK Studios in London, and mixed by David Wrench. Also included on the EP are remixes of their single, ‘Huarache Lights’, by Soulwax and A/Jus/Ted.

Today, the band share the video for the full-length version of ‘Dancing In the Dark’, directed by Kieran Evans. The live footage was recorded this summer on Super 8 at Webster Hall in New York City and features a cameo from David Byrne and Sinkane who joined Hot Chip onstage for this song.

Why Make Sense? (Definitive Edition) featuring the original album, the Separate EP from the deluxe release augmented by the brand new Dancing In the Dark EP will also be available on September 23rd.

Why Make Sense? (Definitive Edition) is available to pre-order HERE. The tracklisting is as follows: