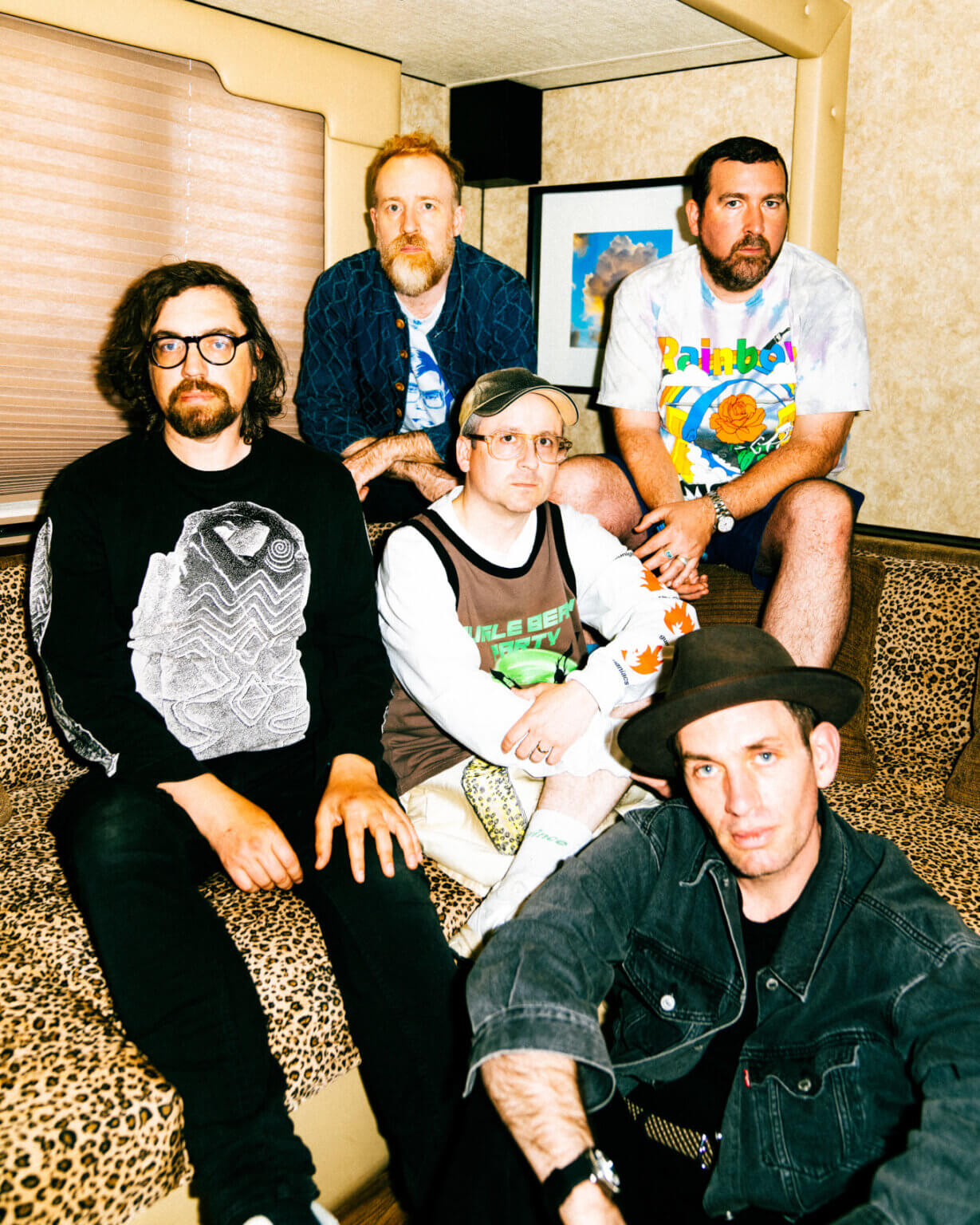 2022 saw Hot Chip release their sixth album Freakout/Release, the year also saw the band play to nearly 20,000 fans in their hometown across their 4-night residency at London’s Brixton Academy. Today, Hot Chip are have shared a new video and several remixes for album cut “Broken.” Amidst a bright backdrop and a beaming chorus, “Broken” finds Taylor emotively exploring the feeling of defeat, as well as how the people around us help put ourselves back together. “Sometimes you see friends who are really struggling with things in their lives,” he explains, “and you feel empathy for what they’re going through. We can all relate to the feeling of being broken down by things.”

The video, directed by Maxim Kelly, is a take on the classic boy band video but one made by malfunctioning A.I. Kelly says: “I’m intrigued by A.I. machines doing artwork. In the future, robots and computers might make music videos too, this is what I imagine the first will look like. I referenced the boyband videos I grew up watching on MTV, overly sentimental with emotional and gut-wrenching performances. In this video, soulless androids run through all the motions and cliches of these videos with deadpan robotic precision. It’s a pop video with all the entertaining and watchable bits taken out.”

On the remix front: Jacques Lu Cont, aka producer Stuart Price (Dua Lipa, Madonna, Pet Shop Boys, Rina Sawayama) offers a souped-up house version of “Broken” while Planningtorock’s “Planningtohope” remix plays on the themes of the song by starting off ominous before opening up and revealing a more hopeful and warmer edit. Closing the trio of remixes are DeeWee artist Each Other, aka Justin Strauss & Max Pask, who have created a bubbling epic, eight minutes of drawn out dancefloor deliciousness.

Lyrically, Freakout/Release explores darker emotions than previous Hot Chip albums have, drawing from the personal and the political to chart the ways people survive even amidst immovable struggles. “We were living through a period where it was very easy to feel like people were losing control of their lives in different ways,” Goddard explains. “There’s a darkness that runs through a lot of those tracks.”