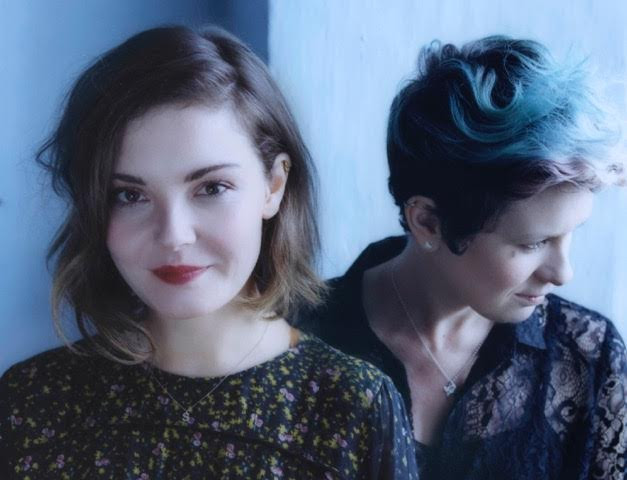 Honeyblood are back. Today the Glasgow two-piece – frontwoman Stina Tweeddale and drummer Cat Myers- premiered incendiary new single and video “Ready For Magic”, as well as announcing their second album, Babes Never Die which is out on Fat Cat Records October 28th.

The follow-up to their debut, Honeyblood arrived in 2014. ‘Ready for The Magic’ is a remarkable introduction to Honeyblood 2.0. The video, a collaboration between the band and director Thomas James, is set in post-apocalyptic Scottish countryside, and follows a tribe of young feral girls who’ve been abandoned and left to fend for themselves in a dystopian world. We won’t completely spoil its ending, but safe to say that Stina and Cat meet a grizzly fate.

The leader of the video’s feral girl tribe finds herself pride of place as the cover star of the Babes Never Die album, in beautiful photographic artwork shot by German photographer Amira Fritz. “I loved the idea of this feral tribe of young badass girls causing chaos,” explains frontwoman Stina Tweeddale. “It’s an image that chimes with what the album is all about.” Of the album’s title she explains: “I guess you could call it a war cry; to have the faith to never let yourself be defeated.” Babes Never Die is certainly not a shy motto, and one that’s sentiment rings throughout Honeyblood’s sophomore record. Babes Never Die was recorded winter 2016 with acclaimed producer James Dring (Jamie T, Gorillaz) at London’s Fish Factory studios. “The title is my own mantra,” Stina says. “I think it’s something I tell myself every day. Indifference is a plague. Giving up and turning a blind eye will be the end of us. Never before has that been more true.”

Honeyblood will be touring the US this fall, more dates will be announced shortly.