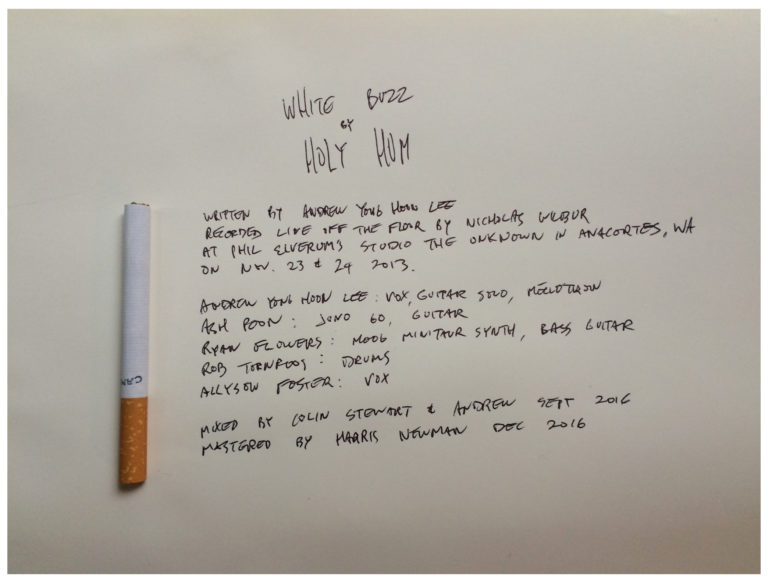 Holy Hum, the side project of Vancouver-based artist Andrew Lee, is out with a new single in anticipation of his debut album, due out later this year. “White Buzz” is inspired by the passing of Lee’s father, an opera singer whose voice is echoed through Lee’s own vocals. It was recorded at the Unknown Studio, owned by Phil Elverum of The Microphones and Mount Erie fame, and features backing vocals from Allyson Foster. It’s a haunting listen.