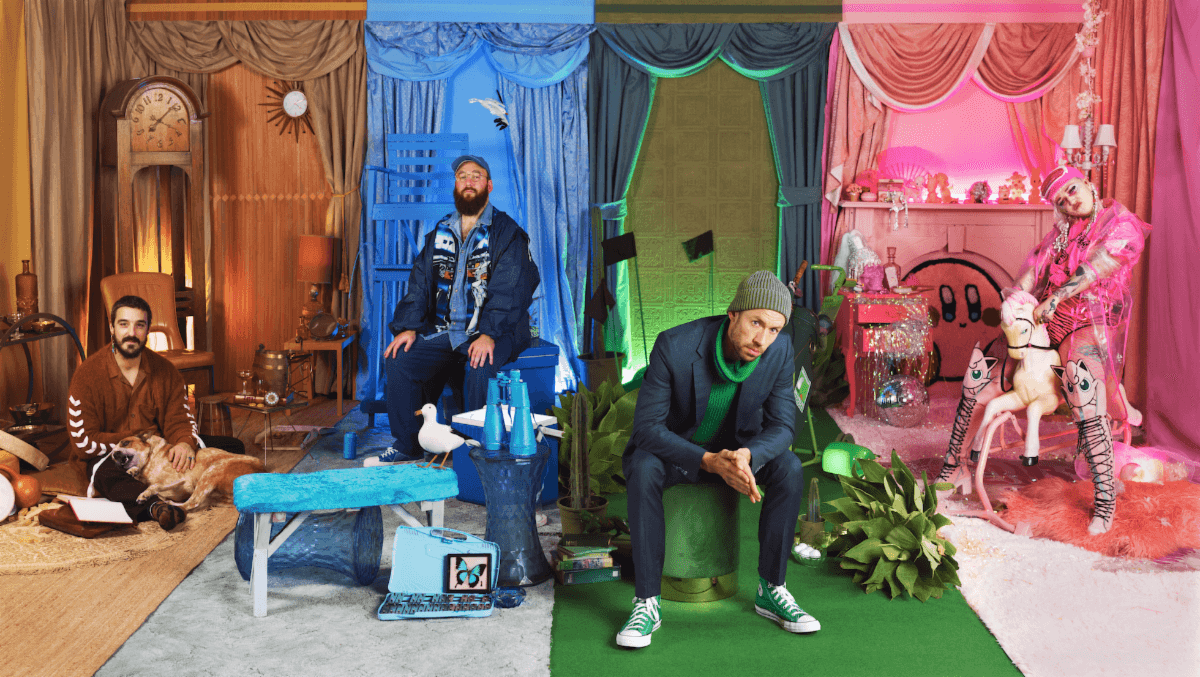 Hiatus Kaiyote returned in 2021 with their new album Mood Valiant, via Brainfeeder Records/Ninja Tune. The band is Comprised of Naomi “Nai Palm” Saalfield (guitar, vocals), Paul Bender (bass), Simon Mavin (keys), and Perrin Moss (drums). Today, the band have shared a brand new video for the album track “And We Go Gentle.” The band will play a run of European dates, starting September 29, 2022 in Berlin, Germany.

Nai Palm shares about the concept behind the video, “‘And We Go Gentle’ is a song about why moths are attracted to light. For the video, I wanted to reference the Japanese film style of tokusatsu in celebration of Mothra (an angel moth that can defeat Godzilla). I made the costume myself out of aquarium plants and old tabi boots. The video is a search for love but from a quirky humorous perspective. On the morning of the shoot, there was an earthquake, which added to the mystery and epic-ness of the shoot. It was such a dream to work with director Grey Ghost again. He is such a creative champion.”

Director Jeremy Koren a.k.a Grey Ghost adds, “The concept for ‘And We Go Gentle’ was very much Nai’s vision, she had the whole story mapped out in her head and as soon as she explained it to me I loved it. The main thing I knew was that we had to shoot it on 16mm film to give it that realness and that nostalgic edge. I wanted to be a fly on the wall in her moth world.”