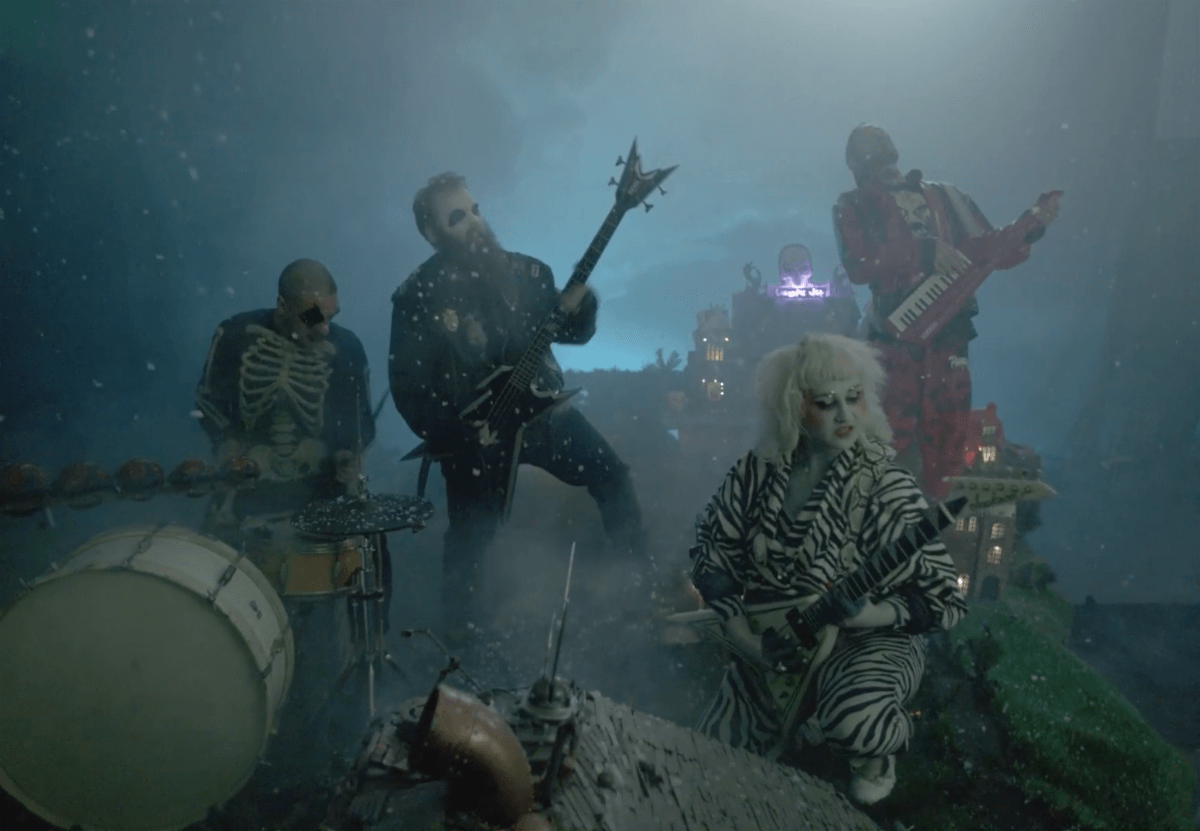 Hiatus Kaiyote Debut New Video For "Canopic Jar." The track is out today via Brainfeeder/Ninja Tune
Share on TwitterShare on PinterestShare on PocketShare on RedditShare on FacebookShare on Email

Hiatus Kaiyote have shared a new video for “Canopic Jar,” the track explores the descent into the darker corners of the mind. The video features the band as they take a spooky wild ride through a haunted house while performing the song. A 12″ vinyl release of the single package is available today. “Canopic Jar” arrives on the heels of Hiatus Kaiyote’s “Chivalry Is Not Dead” video and their new album Mood Valiant out now via Brainfeeder Records/Ninja Tune.

Nai Palm shares about the making of the “Canopic Jar” visual, “Halloween is my happy place and seeing as we have a Halloween release for ‘Canopic Jar’, it was only right to take a spooky ghost train ride with the visuals. Our manager Si came up with the concept, and director Grey Ghost (auspicious name, yes…haha) brought it to life with the help of an amazing art department and crew. We all got to choose our alter egos. Anyone who stepped foot on set got roped into being a ghoul or spider monster, etc.”

Director Jeremy Koren (aka Grey Ghost) adds about the concept behind the video, “I liked the idea of creating something that felt more like comic book halloween than all out scary shit. I’ve always wanted to give a nod to all my favourites in one jam while giving a whole new spin on things, this one was a tip of the cap to Lynch, Burton, Hype Williams, Beastie Boys & The Mighty Boosh.”