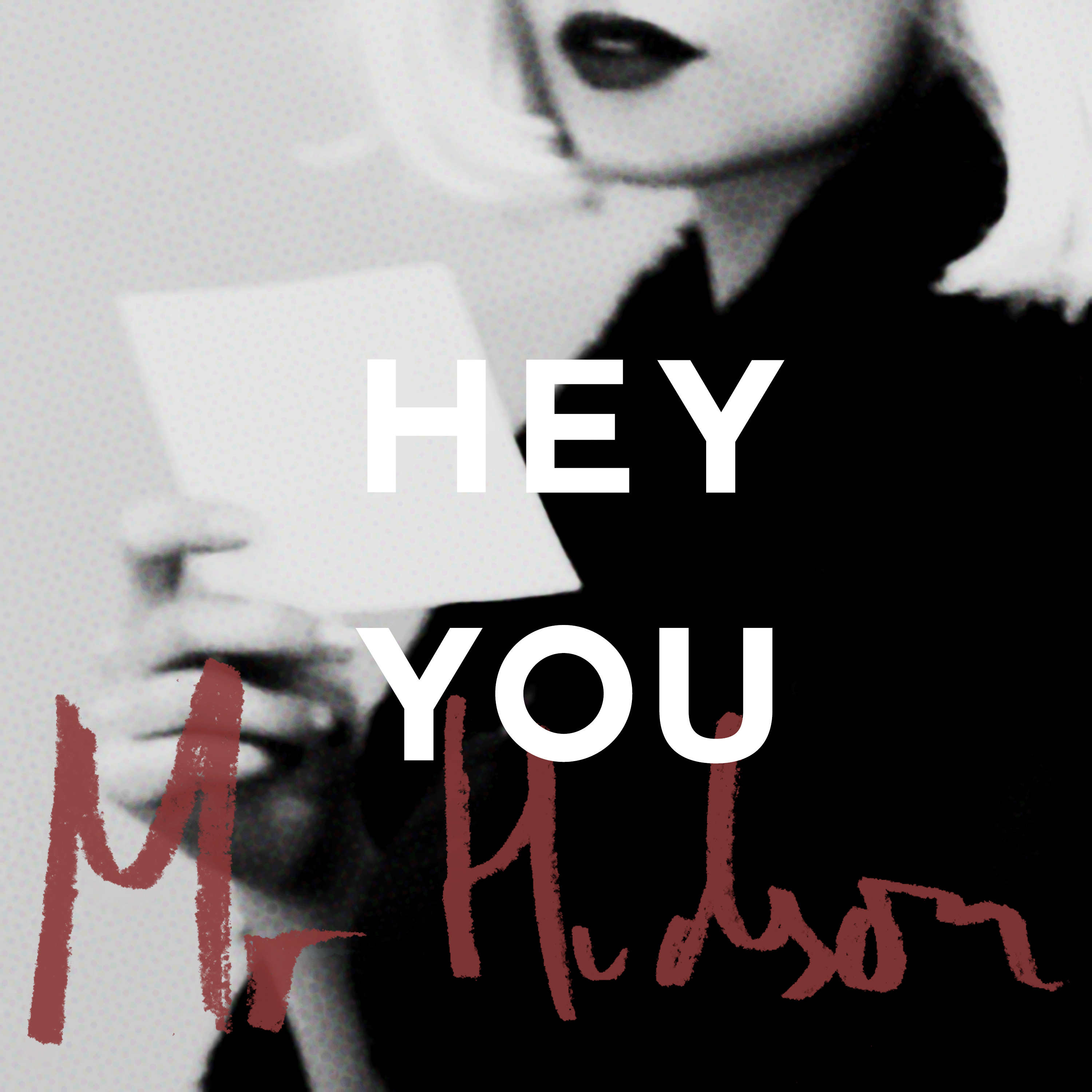 In his follow up to the stoic “Dancing Thru It”, the up-beat ‘Hey You’ finds Hudson in a more optimistic mood. Minimal and romantic, the new single gives a nod to his London roots, despite his current California residency.

“Sometimes you need to leave a place to write about it” he muses, “and leaving London has made me miss the London sound, things I was listening to before I left like MJ Cole and Grades.

This wistful three minute snap shot of a first romantic encounter, captures Hudson’s wisdom on chat up lines…”There’s no such thing as a good chat up line. All you can do is say ‘hello – and that lust at first sight moment when you realise you can’t “live without” someone even if they’re a stranger.”

So another typical Mr Hudson juxtaposition of Old School romance with an upfront modern sonic backing. Something old, something new.

The production value and songwriting is once again hugely impressive, with clear references to 90s garage – blended with modern electronic pop, Hey You sees Hudson bringing together his wealth of experience, and displaying it with a mightily enjoyable and fresh new approach.

Mr Hudson’s two year step-away from the spotlight, saw him producing and writing with Duran Duran for their new album Paper Gods, performing with Kanye West at The Hollywood Bowl, and collaborating with the likes of Future, Jay Z & Kanye West on their ‘Watch The Throne album, Janelle Monae, and Idris Elba on recent material of their own.

His return with these two new singles echo earlier Hudson offerings such as ‘There Will Be Tears’ (reworked by Frank Ocean on his ‘Nostalgia Ultra’ mixtape), and his work on Kanye Wests ‘808s & Heartbreak’, and yet the production has a very modern slant. Its a balancing act between knowing who you are musically and trying new things says Hudson.

After a summer of getting settled in L.A. and working with Janelle Monae in Atlanta, Hudson is now turning attention back to his own discography, with more new music to follow over the coming months.

Hey You is set for official release on 18th December.

“Come Back In” Slow Hollows