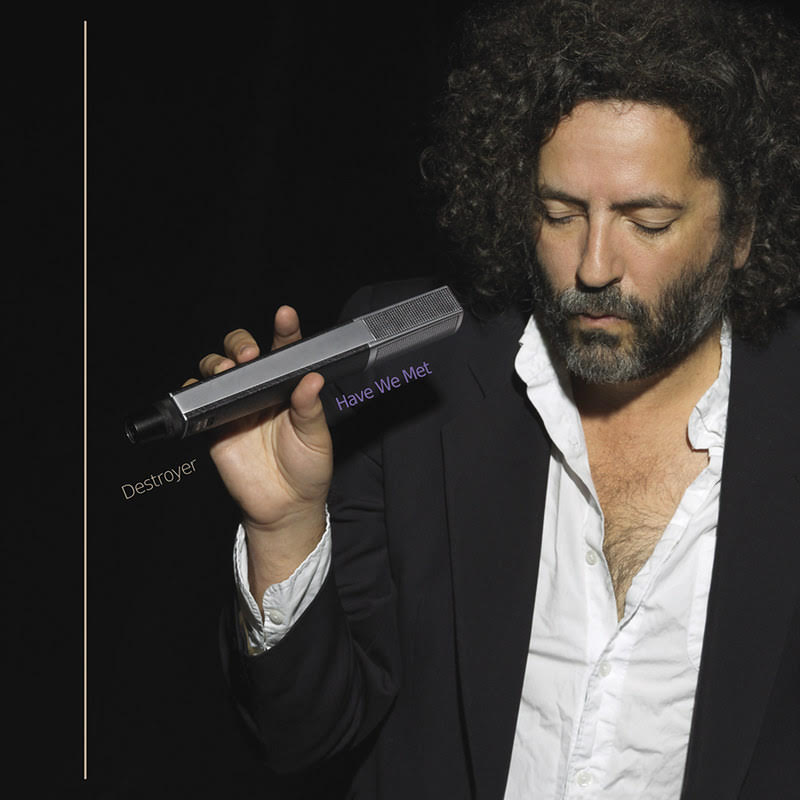 Twenty-four years after releasing his first album under the name Destroyer, Dan Bejar is still finding new ways to explore the consciousness through his abstract poetry. Have We Met, Destroyer’s 13th studio album, sounds like a companion piece to 2011’s Kaputt, both in style and in substance. Combining unapologetically pretentious lyrics about his Vancouver ennui with some of the most magical synth-work on a Destroyer record, Have We Met finds our favourite coffeehouse lounge academic at his the peak of his craft.

Initially Bejar planned for the Ken follow-up to be a concept album about Y2K hysteria, but after struggling to commit to the theme, Have We Met became one of Destroyer’s more intimate records. This intimacy isn’t one that warms hearts though, rather Have We Met often sounds like the last words of comfort whispered before civilization’s end. Instead of the Y2K nightmare that wasn’t, Have We Met serves as the soundtrack to an impending catastrophe that Bejar’s eerie vocals convinces you is real. “I wanted people to know it was a dark record,” Bejar explained to Pitchfork, “or maybe a hopeless one.”

Have We Met opens with “Crimson Tide”, which has already become a highlight in Bejar’s prolific catalogue. Similar to the best Destroyer songs, “Crimson Tide” unveils itself slowly over its six minutes, constantly elevating the listener to another sonic level through layers of crescendos on crescendos. Destroyer has always had an ability to make you bounce to soliloquies on morbidity, and guided by pulsing heartbeat drums, truths like “you can follow a salary to the bottom of the ocean” sound easier to swallow. On the meditative “Kinda Dark”, Bejar is delicate and personal in his vocal delivery before the song takes off with a blazing guitar solo, courtesy of guitarist Nic Bragg.

The wizard behind the curtains on Have We Met is long-time producer and frequent collaborator John Collins, who is responsible for the irresistible synthesizer moments of beauty sparkled between Bejar’s prose. Collins’s sensibility for simple textures is best exemplified on “The Raven,” which is the perfect song for waking up late on a sunny day. Despite the song’s feel, Bejar’s sentiments remain dark when he bemoans “the Grand Ole Opry of death is breathless.” Bejar’s lyrics tend to be strongest when they’re especially morbid, which may be connected to Bejar’s vocal recording process. He recorded the album’s vocals at his kitchen table only at night, alone, using a microphone connected to his laptop.

As if conducting a musically inclined Amazon Alexa, Bejar narrates “Cue Synthesizer” through commands (“Cue synthesizer. Cue guitar. Bring in the drums. Cue fake drum.”), ultimately resulting in one of the album’s most addictive songs. Although built around a catchy hook, “Cue Synthesizer” is more notable for allowing Bejar’s self-aware humour to shine through. “Cue Synthesizer” exemplifies the nonchalant Silver Jews-esque lyrics that keep fans returning for more bemoaning , but it also epitomises the cocky capital-Art that fuels Destroyer’s detractors.

Although Bejar’s lyrics remain ambitious, the songwriting throughout Have We Met is either brilliant or a bore: for every “Crimson Tide” or “The Raven” there is a “University Hill” or “Television Supervisor”. Perhaps the difference in tone is due to his unconventional song writing methods. Bejar has explained that he writes through bursts of lyrics and melodies that come to him as he goes about his days. Despite the few moments where Bejar lulls the listener into an apathy paralysis, Have We Met is one of the strongest albums in Destroyer’s fruitful career. Many of these songs are certain to be highlights of the band’s live repertoire for years to come.

Have We Met by Destroyer comes out on January 31st, via Merge Records