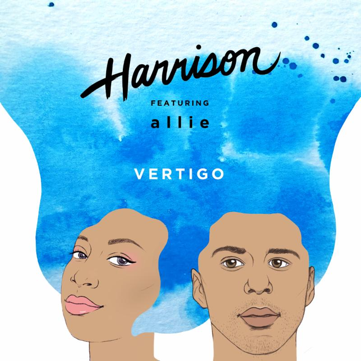 After announcing his debut album earlier this summer, Toronto producer Harrison is back to share a new single from the project with Vertigo, featuring a l l i e. The new track is a breezy, early 2000s dance inspired cut, which features vocals by Toronto up-and-comer, a l l i e. Vertigo is now available to stream. The single will be available on Harrison’s forthcoming release Checkpoint Titanium, which will arrive on September 9th via Last Gang Records.

Harrison spoke with Pigeons & Planes about the single: “When I first made this song I wasn’t sure if it would remain an instrumental or not. After weeks of overthinking it, I chose to send it to a l l i e. She and I have been chatting collabs for a long time, and I chose this one for her because it seemed like an unusual choice. Traditionally, her music is half the tempo and rooted in RnB and hip hop. I wanted to see what she could do with something that was double the tempo and rooted in funk. What she delivered turned the vibe up 200% with her deliciously harmonized pop melodies, while also keeping it sultry. The woman is a force to be reckoned with. I am very grateful that she’s a part of this record.”

Harrison previously shared two singles from the album with a couple of other collaborations. He first partnered with Clairmont The Second on It’s Okay I Promise, followed by the Ryan Hemsworth feature, Vanilla, which also arrived as a single on Ryan Hemsworth’s Secret Songs label. The third, So Far From Home, arrived as a funky collaboration with Young Guv (Ben Cook of Fucked Up, No Warning).