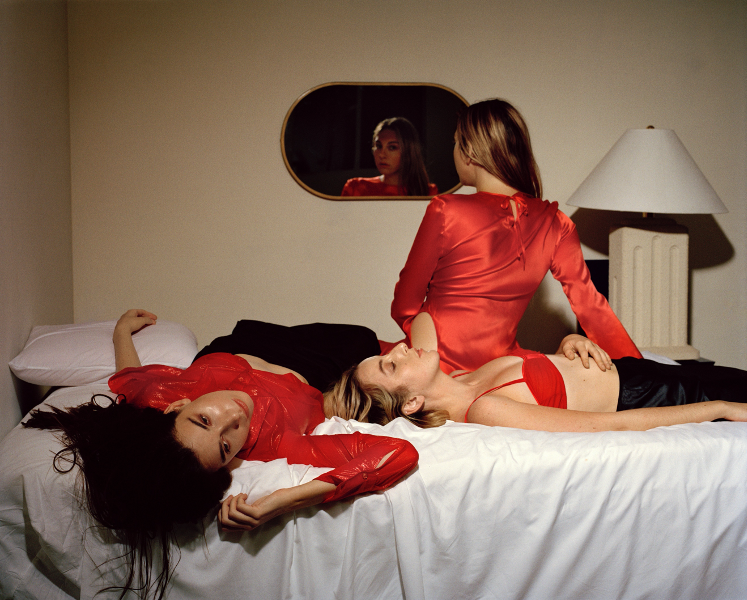 HAIM have released “I Know Alone” today from their highly anticipated forthcoming album Women In Music Pt. III (Columbia Records). The video and song represent, a sense of emotional unrest from feelings of loneliness. While the song was originally inspired by the band’s feelings of loneliness after coming home from tour, “I Know Alone” and its lyrics like “been a couple days since I’ve been out” and “cause nights turn into days that turn to grey” now take on a whole new meaning in today’s world as so many of us stay home and practice social distancing. In tandem with the song, Haim have shared a stark, yet precisely choreographed video directed remotely by Jake Schreier (Chance The Rapper, Kanye West). The band co-choreographed the video with Francis Farewell Starlite.

“’I Know Alone’ was always going to be the next song we released, but it feels eerily appropriate given what’s going on in the world right now,” Haim says about the new single, “We hope this song keeps you company.” The band adds, “Things were so crazy in the beginning when everything started happening that we didn’t think it felt appropriate to put out a new record. Now that things have settled a bit in this quarantined life, we’ve talked about it more and think we could all use new music during this time so we’ve decided to move up the album to June 26.”

Performing on The Late Show With Stephen Colbert tonight, “I Know Alone” is the latest song Haim have shared from ‘Women In Music Pt. III.’ Their new album, which was originally scheduled for release April 24, will now be released on June 26. Danielle Haim co-produced the new album along with Ariel Rechtshaid (Adele, Blood Orange, Carly Rae Jepsen) and Rostam Batmanglij (Charli XCX, Solange, Frank Ocean). The new album will also include “The Steps,” which Haim released earlier this year and The FADER proclaimed, “It has all the components of an essential HAIM track — all the yearning, all the embedded grooves, all the rip-roaring guitar.” Previously released songs “Hallelujah,” “Now I’m In It,” and “Summer Girl” will also be featured on the album.

‘Women In Music Pt. III’ is the follow up to Haim’s sophomore album, ‘Something To Tell You,’ which was released in July 2017.