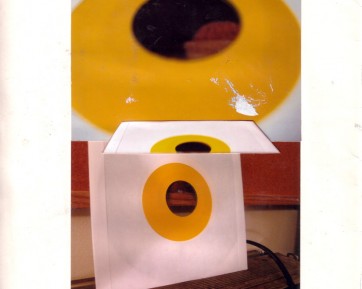 The last time I heard from Guided by Voices was in 1997 at a little place in Vancouver called the Starfish Room. For a bunch of kids from suburbia brought up on stadium metal, this was our chance to broaden our horizons. There were a few things that I took away from that show:

1. The opening band Superconductor seemed to have a million guys on stage with guitars. Weird.

2. Guided By Voices sound a lot different live then they do on record. Also kind of weird.

3. Robert Pollard sure is old. It’s weird seeing a guy that old getting drunk.

4. Robert Pollard thinks he’s playing in a stadium instead of small club with his Van Halen/The Who style stage theatrics. Super weird.

5. I kind of like this, but it’s really weird. What that’s all about?

So the 1997 version of me was not all that articulate, but I remembered all of these things as I listened to GBV’s new album Let’s Go Eat the Factory.

The new album is a reunion of the classic lineup from their heyday that spanned from 1992-1996. So what I had actually seen back then, unbeknownst to me, was a new incarnation of the band that consisted of Pollard and the members of Cobra Verde. I actually liked a lot of Bee Thousand, but that disconnect of what I heard on the record and what I saw never really interested me in what else the band got up to after that.Perhaps I had just missed the boat, but with this new album that included the return of
seminal member Torbin Sprout, it was a chance to give them another chance.

Even though it’s been almost 15 years, Guided by Voices are still the same intriguing and frustrating band that I remember. They are obviously creative individuals that can really pump out some good tracks, but when they write 21 songs that average out to under 2 minutes, they run the risk of diluting themselves. The album has a lot of strong songs like “Lasers and Laundry”, “The Head” , and “Spiderfighter”, the list goes on of really cool tracks but they’re interspersed with what I can only describe as bullshit noodling. “Doughnut for the Snowman, “Big Hat and Toy Show”, and “Go Rolling
Home” seem like demo tracks that aren’t fully fleshed out songs, so when they’re just thrown into the album of really good tracks, it’s hard not to get mad at them. The low-fi mantra of Guided by Voices, and others that were inspired by them, is a delicate balance because when it doesn’t hit, it sinks hard. If you’re not actively listening, especially without headphones, you’re in trouble. The line between brilliance and disappointment is so thin for Guided by Voices. So says the 1997 and 2012 me.