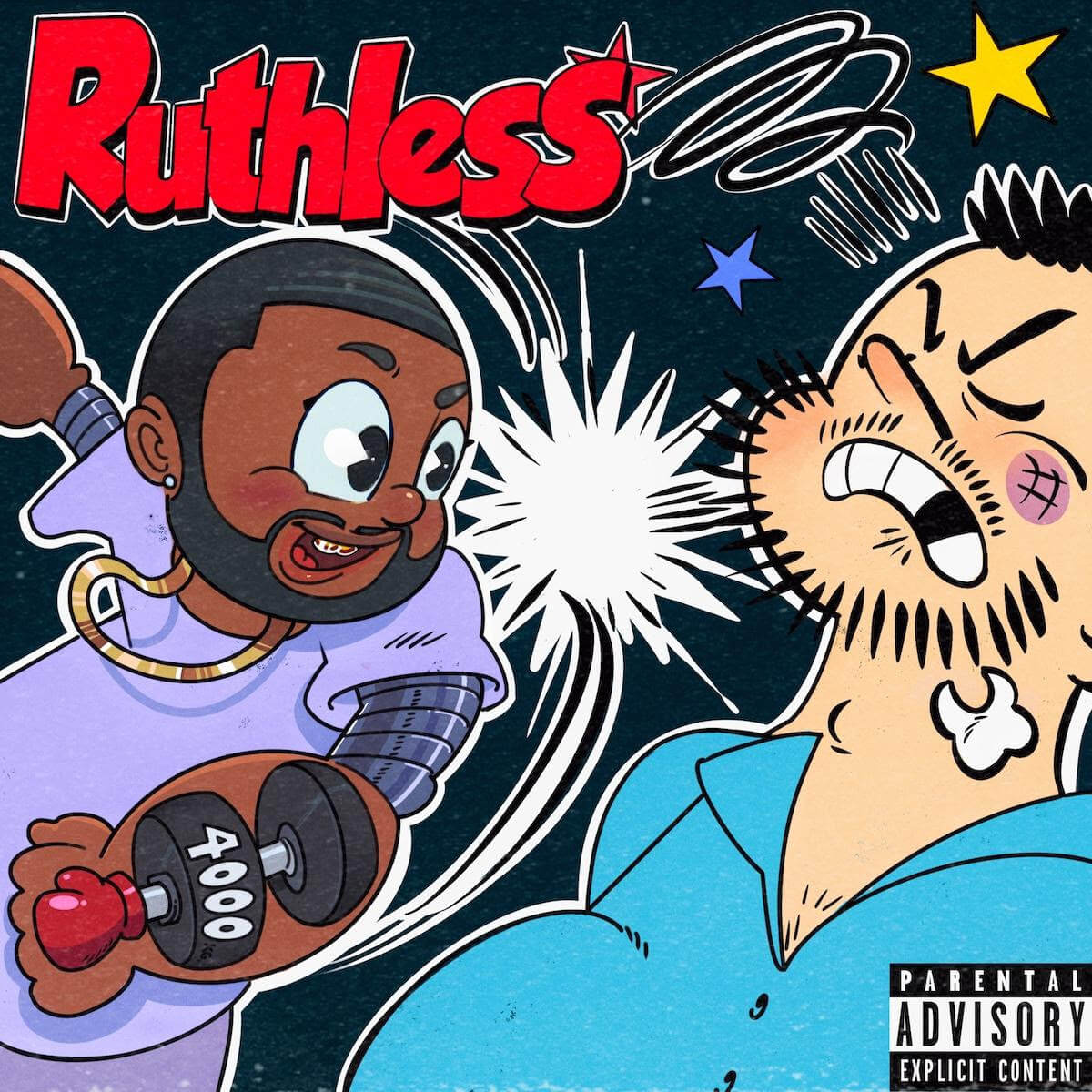 Guapdad 4000 has dropped “Ruthless.” The track was Produced by James Delgado, and is about Guapdad’s ability to make a lot of money without needing to brag. Guapdad is also presently supporting Wale on his Under a Blue Moon tour for select dates through March.

“Ruthless” follows the single “I Need Bands” released last month and produced by Link+UP. Guapdad 4000’s new singles arrive on the heels of a wildly successful 2021, which saw the release of his collaborative album with !llmind 1176 along with the album’s deluxe edition via PARADISE RISING. “As he exorcises his demons, Guapdad showcases his storytelling skills (“Uncle Ricky”), his devilish sense of humor (“She Wanna”), tender regard for his Filipino roots (“Chicken Adobo“), and a gift for personal exegesis (“Stoop Kid”), all while !llmind stretches his sonic palette in unexpected ways.”

Growing up in West Oakland provided the Grammy Nominated, Platinum recording artist Guapdad 4000 (born Akeem Hayes) with a vast treasure chest of invaluable inspiration, encouraging him early on in life to explore his innate talents as a multi-hyphenate creative and eager student of the game. Guapdad’s profound sense of humor, paired with his aptitude for commanding attention, translated organically into his lighthearted freestyles and ignited his interest in developing his capacities as a vocalist.

While navigating an upbringing challenged by both parents being in and out of jail at often overlapping time frames, Guapdad 4000 began operating out of a necessity to both survive and take care of his siblings and grandmother. Driven by his greater desire to rise above such calamitous circumstances, he turned to illicit means to make money, such as credit card fraud and petty theft, a path accented by ups and downs that later provided ample material for his original content.

In the summer of 2019, Guapdad 4000 released his debut album, Dior Deposits in October of 2019. In addition, Guapdad also continues to remain busy, his features on Dreamville’s Revenge of the Dreamers 3 album by performing at festivals nationwide and touring with P Lo, Earthgang (Dreamville) and Denzel Curry.

Guap tells his own story, with the help of some of his close friends Buddy, P-Lo and Tish Hyman and now Rick Ross on the special deluxe edition of the album.