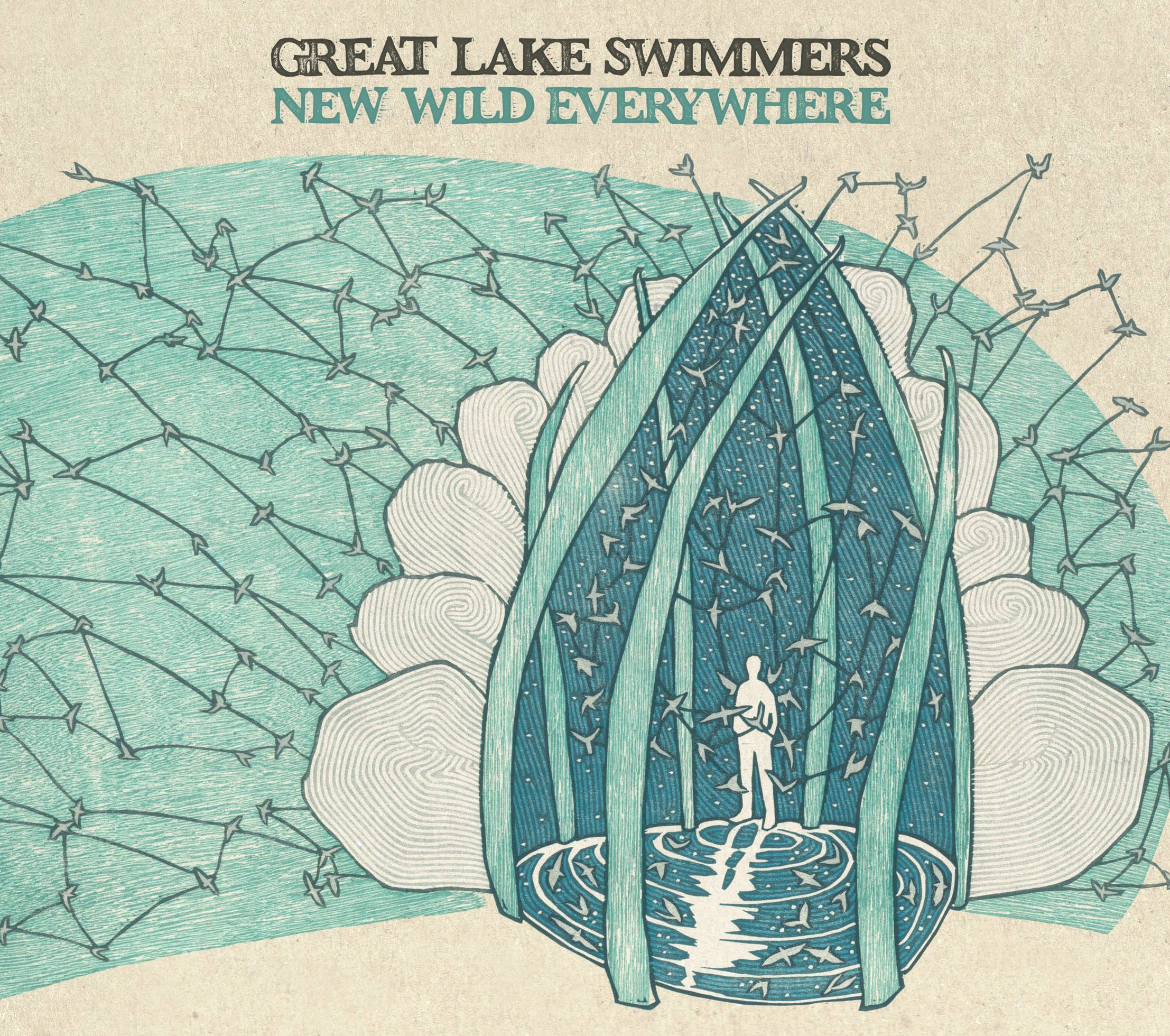 Toronto’s sweethearts, Great Lake Swimmers, have graced us with an incredible new album: New Wild Everywhere was released across the country today (April 3rd, 2012), and I have to say, it’s pretty damned amazing. This is another great notch on the belt of a band that has consistently put forth great music since their first release nearly a decade ago, and they show no signs of slowing down.
“New Wild Everywhere”, the title track from the album, instantly brought to mind the signature sound of 70s folk bands like CCR and Lynyrd Skynyrd . There’s a purity and simplicity to both the guitar work and the lyrics that evoke bygone days, and the music is nostalgic without being maudlin. If anything, I’d say this is one of the more optimistic songs I’ve heard from GLS, and it’s going to be on repeat for my summer playlist. Speaking of summer… the second single, “Easy Come and Easy Go”, must have been created with those balmy months in mind. This is a song that you want to blast while on a road trip: windows rolled down, good friends lolling around in the backseat, and everyone singing along with the radio. I can’t think of a single thing I don’t like about this track.
The same could be said for the rest of the album, actually: I’ve only come across a few albums in my life in which I’ve loved every single track, and this one has just been added to that list. “Cornflower Blue” and “Ballad of a Fisherman’s Wife” have been running through my head all day, The entire CD flows seamlessly from start to finish, taking us on a grand new adventure with songs that are lyrically evocative, and perfectly balanced in terms of instrument to vocal ratio. New Wild Everywhere really is a well-crafted album. Our savvy Swimmers have consistently brought sincere, great music to the table, and this is another great win for a band that hasn’t disappointed its fans yet.