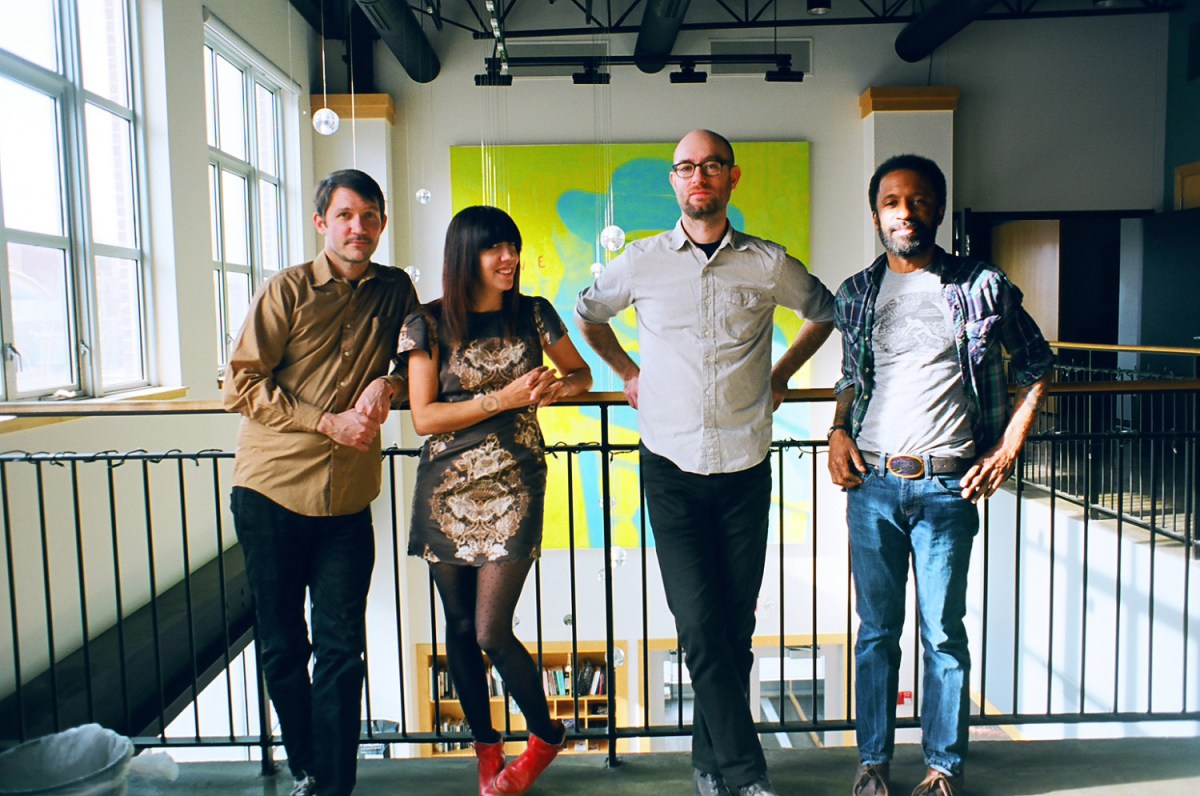 Following a performance at the MAHA Festival this Saturday, August 15th, The Good Life – Tim Kasher, Stefanie Drootin-Senseney, Ryan Fox, and Roger L. Lewis – will begin the first leg of their North American tour on August 17th in Sioux Falls, SD. The initial run continues through September 6th in Iowa City, IA, and includes a New York show at the Bowery Ballroom on August 27th. The second leg will pick back up in Fort Collins, CO on November 6th and run through November 27th in Kansas City, MO, including a Los Angeles show on November 18th. A current itinerary is below.

Everybody’s Coming Down marks as an album fully expresses the band perhaps more so than any previous release, combining and reflecting each member’s nature and strengths: drummer Lewis’s love of classic rock, multi-instrumentalist Fox’s chaotic approach to melody, Drootin-Senseney’s propulsive yet tuneful bass parts, and Kasher’s deft, complementary song writing. Lyrically, Everybody’s Coming Down is an engrossing, contemplative mix that touches on existential and cosmic queries, ruminations on regrets and self-worth, and the power of memory versus experience.

The Good Life’s last album, Help Wanted Nights, was released in 2007 and earned the band press attention from outlets including Alternative Press, The AV Club, Big Takeover, CMJ, Paste, Pitchfork, and Under The Radar, among others. After touring in support of the record, and playing a handful of June 2010 shows, the band dispersed to focus on other projects – Cursive and solo albums for Kasher, Big Harp for Drootin-Senseney, the bands Conduits and Oquoa for Lewis, and solo material and a tape label, Majestic Litter, for Fox – but always planned to regroup for another album. Everybody’s Coming Down was written mainly in late 2014, and The Good Life played a few shows that August, October, and December to road test some of the new songs. Recording began in January 2015 at Omaha’s ARC studios and finished in the quartet’s respective homes, which are scattered across the US: Chicago, IL (Kasher), Omaha, NE (Lewis), Los Angeles, CA (Drootin-Senseney), and Portland, OR (Fox). The band then traveled to Dallas, TX to mix with John Congleton (St. Vincent, Baroness, Angel Olsen, Cloud Nothings) at his Elmwood Recording.