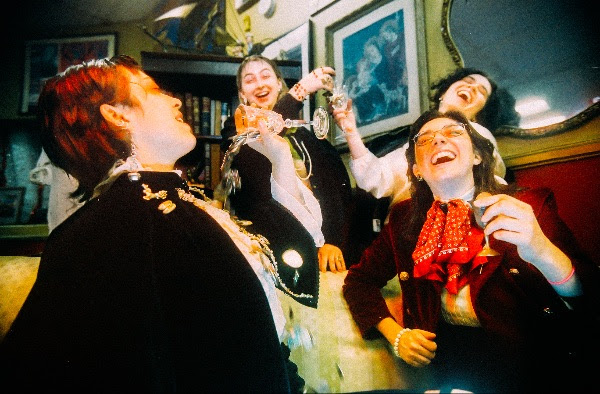 Girl Friday have shared a new single “Earthquake”, the track is off their forthcoming release Androgynous Mary, available August 21 via Hardly Art. “’Earthquake’ is a moment of complete catharsis. From four people who have been repeatedly told to be careful not to hurt themselves, not to disturb the peace, not to get too angry, we deliver this message from our hearts to yours: break anything that’s holding you back. Break free from the chains of patriarchy. Break free from ALL chains and scream.”

Androgynous Mary was produced by Norm Block. Looking to queer provocateurs like Placebo, they cherish the frisson of incongruous musical elements soldered together: “really dark, heavy things mashed up with quite beautiful things, whether that be a distorted guitar line and a sentimental vocal or vice versa,” as Ellen puts it.

That duality dovetails with the thematic friction running through the album, the alternating despair and hope that intertwine in the fight to stay alive as any kind of unfairly disenfranchised person in the US. Written during a year of personal struggle for all four band members, ‘Androgynous Mary’ reflects the solace they took in each other — as a band, but also as a micro-community and a chosen family. “It feels so rejuvenating to be there for each other and protect each other,” says Hsieh. Ellen adds, “We’ve definitely been through a lot together, but we’ve come through it by sticking together and loving each other regardless.”

Alone, we suffer under the weight of everything designed to keep us down. Together, we stand a fighting chance. Girl Friday place their hope squarely on that chance — on what we can do when we show up for each other, where we can go when we’ve got each other’s backs.