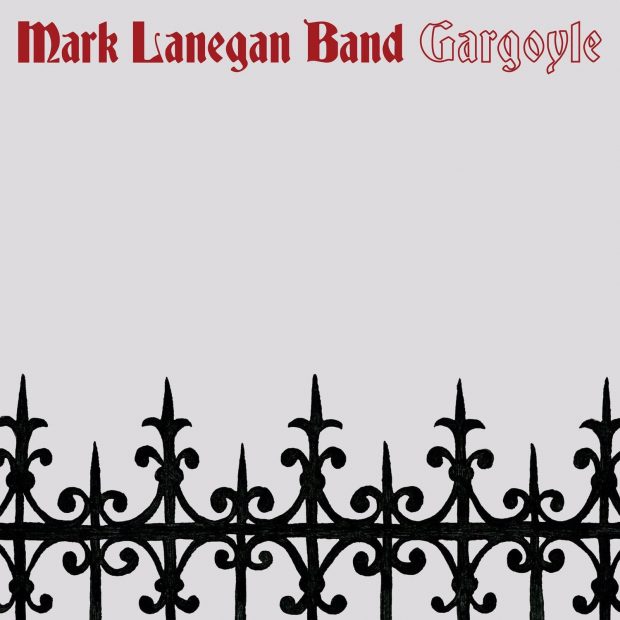 Coming in for his tenth album cult-favourite of the blues rock scene Mark Lanegan goes deep, mixing electronics, darkness and roaring guitars on an intriguing release. Taking his sound to some interesting new places he delivers a record that works more than it doesn’t, bringing in hints of his other projects for something futuristic.

Starting on the bass and sound-driven “Death’s Head Tattoo” Lanegan unleashes his rasp on an electronically-infused, dark drudge of a track. A slow-burn pushed by his vocals and the layered melodic notes inside the wall of sound, Lanegan brings a starkly oppressing tone to the album’s start. Rumbling on the bass, “Nocturne” crackles along with haunting calls into its sparse and echo-filled void. Guitars ringing out, there’s so much going on that the feedback of emotion can sometimes be overpowering.

On an almost too classic sounding organ “Blue Blue Sea” roars with an electronic undercurrent, flipping to ethereal hooks that will take your breath away. The missing bass is a little too noticeable however in the track as it always feels a moment from dropping, damaging an otherwise great track. Glistening like a U2 track, the guitars of “Beehive” call out like a living entity, taking Lanegan’s melodies to new heights.

Ominous as ever on “Sister,” Lanegan recalls some gloomy vocals from his time in Queens Of The Stone Age, along with some creepy synth lines. While the track initially feels almost overbearingly corny it manages to convince you of its emotion through a powerful delivery and sparse instrumental solos. Opting for a rock song, surprisingly deep into the record on “Emperor” he chugs along with a light touch of polka perhaps picked up from collaborator Joshua Homme. Saved by its sonic quirks, the track feels mostly too simple in the overall scope of the record, but works just the same.

“Goodbye To Beauty” blares with even more ethereal overtones, with its acoustic guitar overpowered by the roaring slide guitars and pianos. The hypnotic melodies intertwine powerfully together to ironically make something very beautiful and find Lanegan pushing his range on the record. Switching to an attacking beat on “Drunk On Destruction,” Lanegan’s voice floats on a back and forth of distorted guitars. Pushing the song with his voice alone he makes something oddly enticing out of what is mostly echo and distortion.

With hints of Mini Mansions’ sound, “First Day Of Winter” is a synth-driven masterpiece of emotion, drenched in a sense of time. Aching with a lack of control, Lanegan is lost to reality and the glowing synth lines along with some distant vocals provide a moody base for his singing. Growling once more on “Old Swan” Lanegan closes the album on a sunset of a final track. Beating forward on its drum beat, the guitars almost simmer from their distortion and seem to never end. Although fun for a while, parts of it just seem to drag and the ending while cool is a little long and overindulgent.

Not without a lot of strengths and ambition, Gargoyle is a fascinating release for Lanegan, taking the electronics farther than ever into his dark and twisted mind. Working them with the guitars and keys effortlessly, Lanegan finds himself crafting another record full of intense emotion, often almost too well. The issue all too often on the album is that despite the ambition, sound and emotion, there are far too few moments too latch on to, leaving it strong but occasionally too repetitive.