Fucked Up Evolve By Accident 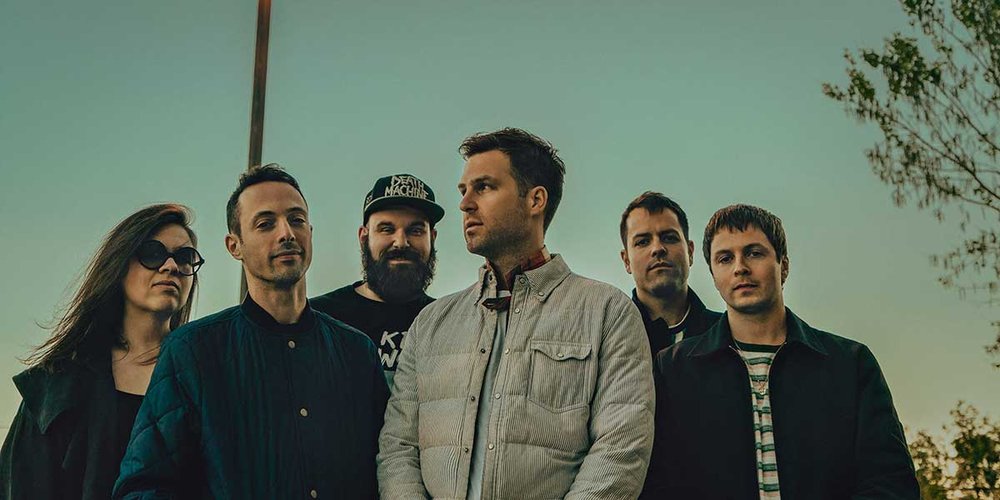 Damian Abraham’s budding entertainment career presented a unique challenge to Fucked Up. Recording with a wider range of vocalists meant more stylistic freedom for Fucked Up, who came into their new sounds without any pretense. We caught up with Fucked Up writer Mike Haliechuk ahead of their North American tour dates to discuss their unbridled creativity and how they view the idea of concept records.

Mike Haliechuk: The video is just meant to illustrate consumerism, and all those sweeping shots were supposed to illustrate the human aspects of inanimate objects. It seems weird on the surface but it’s very common to treat products like they’re your friends in that way.

NT: How did you want to expand on your David character’s story on this song too and how has he evolved for you since his first appearance?

MH: This is his third record now. It’s not so much that he has an evolving story, or that we’re trying to sell the story of David. It’s just that when we have more a of an extended narrative to say, David stands in for us or an experience we’ve had. It’s really just a device for us to talk about things we otherwise wouldn’t want to discuss about ourselves specifically.

NT: I was interested to hear what lead to a less Damian-driven vocal side of Fucked Up this time and how you wanted to explore that side of the band’s sound with your other members?

MH: It was one of those things, where it was kind of a constraint but it became a happy accident. He had a lot of other shit he was working on, and he felt pretty trepid about what his role in the album would be. So I just had this constraint where he wouldn’t be on everything and had to think about the album differently. I tried to write some harder songs to fit him into the record, so I was working out how write songs for him but he didn’t feel it. The ensemble cast concept idea was his idea a few years back, where he would just be one of the voices. This isn’t totally that record but it certainly worked out in an interesting way.

NT: How were people tackling their parts differently on this record, and how did going into this record blind open you up?

MH: We didn’t have anything written going in. It wasn’t an experiment or anything but Jonah was in another country with a grant expiring. All of a sudden we needed the record to happen very soon. So we booked time and didn’t know if we’d even have an album coming out of that. We’ve been a band together for so long though, so like now Jonah is at school and I’m doing cello, so we were really just in a different space this time around.

NT: I also understand you wanted to step away from Glass Boys on Dose Your Dreams and push limits by taking as many risks as you could?

MH: The last record was just as much of a challenge and a risk for us, but it just didn’t work. It was a year and a half, we used a bunch of different studios and had double drums, so the whole thing was more of a technical risk. We had months where four engineers were trying to get things to work together. This time around was much more fun and there was an exciting energy making it.

NT: On another note how did J Mascis and Lido Pimienta get involved and what was that energy in the studio?

MH: J we’d done stuff with before, and he has his own studio. With J we just kind of track with him and its less of this collaborative thing. Lido is our ally, and I’ve booked her a bunch and she’s my neighbour too. I wanted her on the record, so we got her in and just tried messing around for an hour to see what we could do.

NT: What’s fuelled these companion records like Raise Your Voice Joyce, and how are you planning to drip them out?

MH: A bunch of it is out now. But for us it doesn’t feel like a lot of work now, since we were in the studio for two years. To come out with a few LPs and a couple singles doesn’t seem like a stretch now. It almost seems like we could’ve done more, though it all comes out once for you guys. It’s just going to be stuff coming out on an ongoing basis, just maybe not with much fanfare.

NT: What led to a more thematically-focused album and how do you see concept albums for you these days?

MH: That’s just a way to interpret the record. Once we realized we had all this music, the next ideas that we would take it further. The definitions aren’t really from us, because you don’t really think about what categories your record fits in when you’re making it. This time we definitely tried to make something bigger, that’s undeniable.