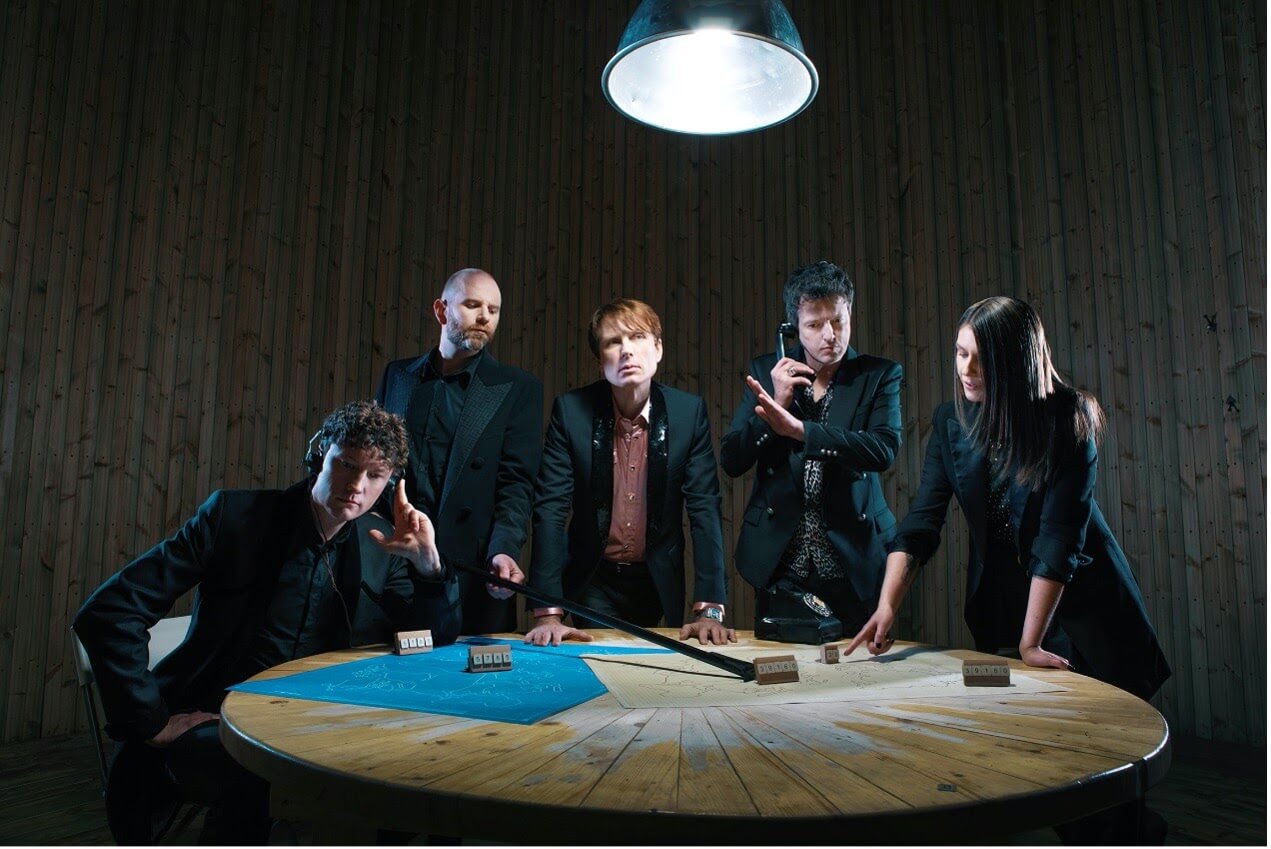 Franz Ferdinand have shared a new video for “Curious,” the single was produced by Alex Kapranos, Julian Corrie and Stuart Price (Dua Lipa, Madonna, Pet Shop Boys) and paired with a video directed by Andy Knowles.

“What’s the meaning behind the song? A meet-cute on the first page as tension enters left on a dark stage, but as our stars collide I’m curious: will you want me when you’ve got me? I’m a future seeker. Are we the future? I’m curious. I had this idea for the lyric – kind of the reverse of one of those life-flashing-before-your mind as you die in a film scene, where the entire course of a relationship flashes before you the instant you fall in love with someone.”

He added about the video:

“So, it’s a dance song we said later on when thinking about a video. And we’ve always said we play dance music said Bob, so why don’t we dance in the video? So we gave Andy Knowles, our old pal who was in Bob’s class at Art School and played with Frans Ferdinand in 2005/6, a shout – and he was up for it. You can spot his cameo… and, yes, that is us actually dancing.”

Artistically always forging forward, their following albums, You Could Have It So Much Better (2005), Tonight: Franz Ferdinand (2009), Right Thoughts, Right Words, Right Action (2013) and Always Ascending (2018) all offered a new take on the Franz template and saw them work with some of the most pioneering producers around including Dan Carey, Joe Goddard and Alexis Taylor of Hot Chip, Todd Terje and Philippe Zdar.

Pre-order Hits To The Head by Franz Ferdinand HERE