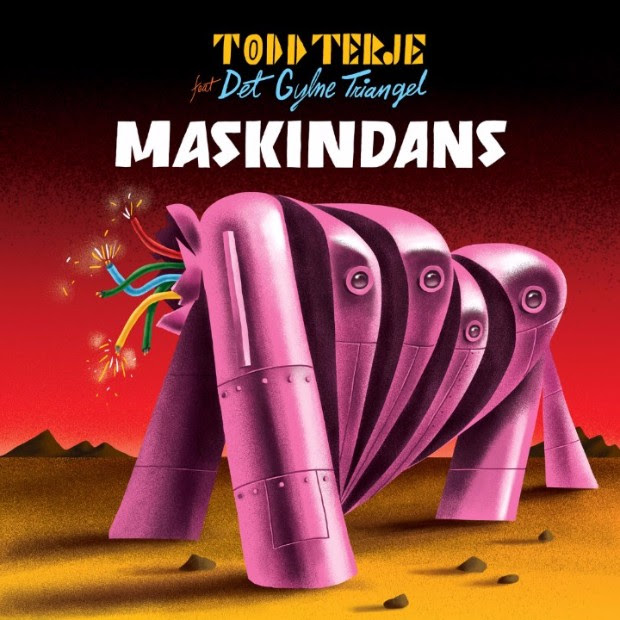 Though he may still be tweaking the space laser to perfect album Numero Twomero (hey, it’s a working title), Todd Terje has still found the time to tease us with “Maskindans,” a sneak preview of what’s to come in the form of this body-moving, brain-grooving cover version of a Norse synth spectacular from the dystopian dance floors of 1982. Inspired by his Dansbar diversions, Todd took to the studio for a little multi-track mania, replaying every part of this doomy dancer. Luring Det Gylne Triangel back into the booth for the first time in 25 years (possibly in his trusty Delorean!), Terje topped off the pops with a newly recorded vocal from the original lyricist, closing the temporal loop and opening the door to dance floor nirvana.

With a minimal wave goodbye to the moodier moments of the original, Terje turns up the funk and gets lost in the groove on this deep discoid delight. After an unruly intro of malfunctioning sirens and squawking synths, “Maskindans” morphs into a nasty new wave nodder, bursting with chorus bass, mutant guitar riffs and infectious 4/4. Ola Ødegård´s monotone vocals stomp along with darkened eyes and backcombed hair, throwing angular shapes and computer feelings before the track romps off into interstellar overdrive. Punching the big red button marked dub, Terje picks up the echo and drops a Bobby O bassline, flirting wildly with acid house as revving synths light up the kosmische sky.

Remix duties fall to Phantasy man Erol Alkan, who replaces dub disco with the strobe-lit pulse of Giallo, stripping the track back into a dark wired dancer which steals a beat on the imminent Electroclash revival. An insistent bassline and mechanical beat power straight into the peak time while the treated vocals take us all the way back to hearing Jeans Team in skinny jeans on the darkened dance floor of Trash. 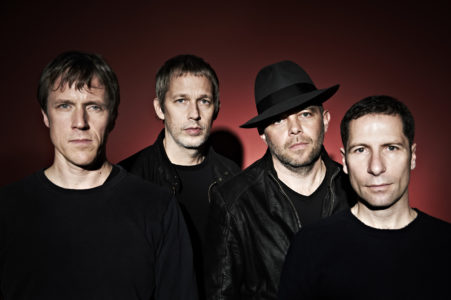