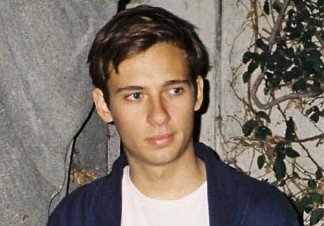 Julie Colero from Northern Transmissions had the chance to speak to 21-year-old Harley Streten, the man behind Flume, before his set at FYF Fest in LA, about his quick rise to fame at home in Australia and his plans to win over fans state-side.

JC: This is a late-afternoon gig today, and it sounds like it’s a bit different than what you’re used to at the moment. How does Australia compare to what you’ve been encountering over here?

HS: It seems like a really cool festival. I just got here, and I got some free sunglasses already! Things have gotten pretty large in Australia. It’s popped off like crazy. The record’s platinum and it’s huge in Australia. But, I mean, we’re really building it overseas at the moment and it’s still early. The record came out in February here, so it’s all been pretty quick.

JC: Today is all-ages. You’ll see lots of kids. Do you play all-ages at home? Was that the level you were at by the time you were leaving?

HS: Yeah, it’s got really big at home. It’s more mainstream at home, whereas I come over here and it’s all underground and the crowds are a lot older. The crowds here are like the crowds I saw nine months ago in Australia. It was the music-heads. Now, at home, it’s more like younger kids getting into it and stuff, which I think is really cool. Over here, it’s still more the music-heads at the shows.

JC: If you’ve seen the progression at home already, you must be optimistic about what could happen on this side.

HS: Hopefully. Maybe we’ll make some money from touring. It’s quite difficult when traveling overseas. The thing is, because it’s doing well at home, what we’re doing is putting lots of money into the shows, instead of making money, to make it really awesome, and we decided to do that as a promotion thing. And then, later down the track, once the festival goers have seen it, we can go from there.

JC: Are you interested in music beyond the type of music that you are making?

HS: Absolutely. Holy Ghost! [FYF headliners] are cool, but I guess that’s also electronic. I’m into all sorts of stuff, really. I’m actually in a bit of a dead spot at the moment. I’m trying to find an act who is doing something really new and interesting. For me, that’s something like when you find a genre that’s unclassifiable. Say, like, Flying Lotus’ stuff. I’ve got a lot of nice music at the moment, but I’m really looking for something that’s like, “wow, what is this kind of music?”

JC: So you do still get excited about music. You haven’t locked yourself in a little room and shut off the world?

HS: Oh no! I’m always trying to find as much as I can.

JC: I’m sure that the angle of you being young is getting tired, so I’ll just gently ask: what sort of timeline are you looking at, in terms of your musical development and success? What is there that you’d like to accomplish?

HS: Ooh! I want to write a film score. That’s a big one for me. I want to ghost-write. I want to try writing for all kinds of artists. I want to try my hand at, like, super-pop. Something super cheesy. Try my hand at writing music for games, music for TV. Anything that’s a challenge, that’s not what I usually do. That’s what I’m keen to do, but I guess I want to really establish the Flume thing before branching out and doing those things. I want to write two or three records and have a really strong brand before I start writing for other people, essentially. So I’m holding off. I have to focus on Flume first.

JC: Do you have artists approaching you to collaborate?

HS: Yeah. Surprisingly, it seems to translate with the big EDM dudes. I’ve always been into dance music my whole life, so maybe that’s why it translates to that side of the world. But we’re also doing a lot of stuff with heaps of rappers – I’m not going to say any names at the moment, though! There’s exciting stuff coming up. It’s cool. It works with the EDM guys, it works with the hip hop guys, so I’m neither here nor there. I can play festivals like this, with heaps of bands, and then I’ll play festivals that are more like DJ things. It fits into both worlds. My music tastes are completely diverse, and I like being able to play events like this.

JC: Do you have a pre-conceived notion of what your ideal fan looks like, or are you just letting the music find its own fans?

HS: That’s the whole thing about Flume. I like that it’s unclassifiable. I try to not be pigeon-holed. That’s the best part, what I love about it. If I had to say what a fan looks like, here in the US, because it’s not as huge as it is at home, it would be hipster chicks, hipster dudes. Last night I played in San Francisco, and the crowd was awesome. Back at home in Australia, the crowd would be young teens.

JC: Do you feel like you’re filling a niche that wasn’t filled for you? Do you want to show these younger kids that this music exists?

HS: Absolutely. I have kids that listen to Justin Bieber, One Direction, and, now, Flume. It’s fucking awesome. I’ve got Twitter followers who are 14-year-old girls. Heaps. It’s sick. My album is 70 or 80 percent instrumentals. If I can get these kids listening to that, then they’re going to listen to James Blake next, you know? And then after that, they’re going to check out Disclosure. It kind of opens their minds to something else, and that’s the coolest shit.

JC: You’re helping them with the baby steps. Did you have a band that did that for you?

HS: I used to listen to some absolute rubbish. Do you know what the first record I ever bought was? I was seven or eight years old, and I bought Aqua. Do you remember that? “Dr. Jones”? I’ve listened to some terrible music in my time, but I just listen to everything. Some of my favourite records would be Bloc Party’s “Silent Alarm” – for me, that’s an all-time favourite. Or even the first Killers record. I think it’s important to be super open-minded about music if you’re writing music, and I find that most musicians are. They’ll have all kinds of music on their iPods. I think it’s important to take on all the genres. That’s what I did. I wrote R&B tracks. I wrote minimal techno tracks. I wrote orchestral pieces. Now, because I know how all the genres work, I can pick and choose the best parts from each genre. You’re going to have to crack the code as to how each genre works, you know, so that it gives you freedom as a producer to do something different.

JC: I’m guessing you’re sitting on quite a backlog of bits and pieces that are nearly ready to go – anything that requires a lot of polishing still?

HS: Oh yeah, heaps of stuff. It’s, like, early days still. I don’t have a huge backload at the moment, because I’ve been touring relentlessly, but editing any rock music is kind of unfamiliar territory. I listen to a lot of it, but I’ve never played a guitar or anything. Then again, I listen to rock music, and it’s pretty simple. It’s not technically tricky. But, of course, it’s hard to write a good song.

JC: You gave me two records already. Can you add three to your top five most influential records?

HS: Yeah, definitely. I’d say Moby’s “18” or “Play.” They’re both huge for me. Actually, Shlomo’s “Bad Vibes” was massive for me. And Flying Lotus’ “Cosmogramma” – this was the one that really flipped. That’s when I started doing the Flume stuff.